Share All sharing options for: Giro Donne: An Overview 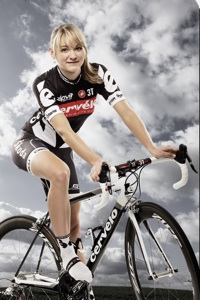 While all the other cycling sites are is just starting to bring out their Giro Donne previews, we at the Café are sitting back with a been-there-done-that smugness of having come out with a general overview of the race several months ago. But rather than just republish that and hope no-one notices, I’ll instead try to point you to all the decent previews of the race I know so that you can get several different points of view. The best place to start out at is the rundown of all the stages at the official site. There’s a lot of other stuff, but they don’t always write in a way which is friendly to Google translate, so here’s my translation of their first press release when they announced the route, and here’s my attempt to relate that to the terrain.

There are two excellent previews in English up, firstly this one, complete with maps showing exactly where in Italy each day’s stage is, on the brilliant procyclingwomen site. That place is well worth a long explore; I especially recommend the piece on Leontien van Moorsel (We’ll politely ignore the fact that he doesn’t seem to recognize her father-in-law as Derny driver supreme, Joop Zijlaard). Meanwhile over at the BBC 606 site, Skip_Madness has produced another great write-up while still managing to conform to house rules on length (it continues into the first few comments so click on the view all comments link) and no links to foreign websites. Although beware that BBC mods can sometimes capriciously pull posts at random even when they have been up for a few days, so get over there quickly just in case.

As ever Cicloweb has some great stuff up with the promise of more to come. Here’s their rundown of the contenders, broken down into GC contenders, sprinters, young riders and outsiders, and here’s their separate ranking of the teams. Ciclonews is also a good place to look, although they don’t seem to have as good contacts inside the teams as the people at Cicloweb, and CiclismoInRosa is another place that I expect to be reporting from on the ground.

And finally a couple of the riders have written short preview pieces themselves. Here’s Bridie O’Donnell with an unashamedly Australio-centric piece in her regular column for backpagelead, and if you missed the link in the young riders piece, here’s Ash Moolman’s look at some of the climbs.

If you really want to see how well you know this sport then there’s still time to sign up for Cycling Fever’s Giro Donne games, one for the whole race and a separate one for the individual stages.

We’ll have more stuff here as the race goes along, but I don’t want to spoil the surprises for you. Just stick around and I’m sure you’ll find it worthwhile. And if anyone out there with the race gets particularly bored one evening and wants to share their thoughts then feel free to do so. We’re great fans of inside information and gossip from the back end of the peloton, especially the things that the TV cameras don’t see.