Hooray, a mountain top finish in the Alps. This should be fun!

Click here for a bigger version of the video:

Sminer, I hope the video showed you how tough the competition is to be my domestique. How is your Flemish? ;)

A few thoughts on the stage:

Note, in Ted's stage map (here), that early on there is approximately 50 kilometres primarily down hill.  Most of this is through the beautiful Vallée de la Valserine. Not too steep, but very straight. This will be a fast start to the race.

The route will then exit the Jura mountains and skirt the Swiss (Geneva) border as they race towards the Alps. This is my backyard, the route will pass just a couple of kms from home.

The fun begins at the village of Mieussy as the route climbs Col de la Ramaz. 14 kilometres averaging almost 7%, with some steeper stretches nearing the top. This is easily the hardest climb so far - and the 8th hardest climb in the Tour.  The road has been closed for the past two years due to problems with the cliff road near the top. Sadly, a brand new tunnel now bypasses this dangerous – but fun stretch.

And yes, the steepest part of the climb is the last stretch in the tunnel.

Col de la Ramaz has only appeared once before in the Tour. In 2003, Richard Virenque crossed Ramaz first winning the stage in Morzine and temporarily taking the yellow Jersey.

Approaching the new tunnel, you can clearly see the now closed cliff road: 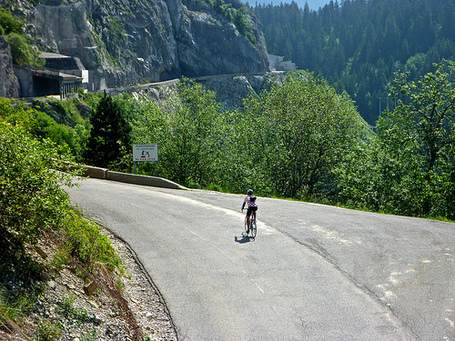 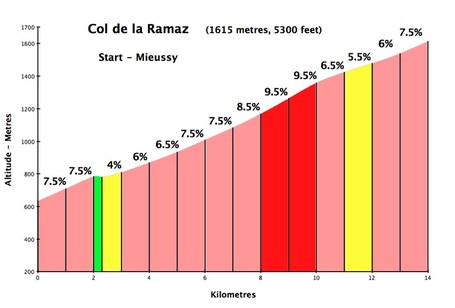 The top is the ski station of Praz-de-Lys – and probably where I’ll be watching the stage with friends. The descent from Praz-de-Lys is extreme. 8 steep kilometres, often much more than 10%, with sharp 180 degree hairpins. Let’s hope it doesn’t rain. 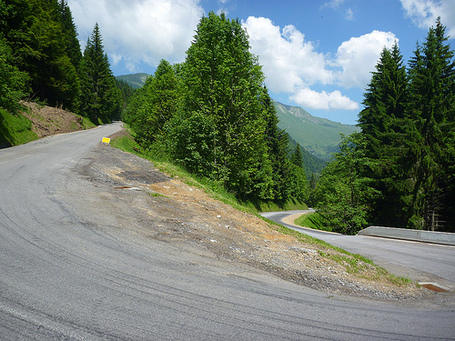 Avoriaz (along with Morzine and Les Gets) is part of the Portes du Soleil ski domain – one of the largest connected domains in the world – with 13 stations including some in Switzerland.

The climb to Avoriaz is 14 kilometres averaging just a little more than 6%. It’s not the hardest climb in the world – but it's steep enough that combined with the last 2 days racing, there should be some fireworks here.

This will be the 7th time that Avoriaz appears in the Tour de France since its first appearance in 1975. It last appeared in 1994 when Piotr Ugrumov won a time trial there. Other former winners include The Badger himself, Bernard Hinault and Lucien Van Impe. 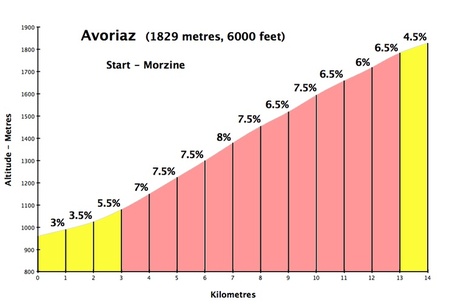 There was lots of route maintenance being done on Ramaz and up Avoriaz. And I can personally attest that the last kilometre of the route is brand new and maybe the smoothest stretch of road in France at the moment.