Fedrigo Nabs Another French Victory; Hushovd Back in Green

Share All sharing options for: Fedrigo Nabs Another French Victory; Hushovd Back in Green 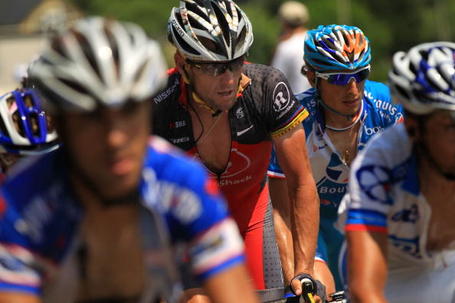 Cruelty comes in large servings at the Tour de France, and today's helping was dished out to Carlos Barredo of Quick Step, who departed a nine-man breakaway (including one Lance Armstrong) on the downhill run to Pau with over 40 kilometers left to race, only to be caught by the seemingly disorganized eight-man chase inside the last two km. Frenchman Pierrick Fedrigo of Bbox Bouygues Telecom registered the sixth stage win for a French rider in this Tour in Pau, his third career victory on the roads of the Grand Boucle. The race's tribute to the original stage through the Pyrenees 100 years ago took them over four major climbs today, but none within 60km of the finish, so the main contenders rode comfortably in a large group containing all but the vertically challenged. Unsurprisingly, Green Jersey leader Alessandro Petacchi was among those riding in the Autobus, while Thor Hushovd was not, winning the sprint for tenth place and six valuable points. He'll start Thursday all decked out in green. 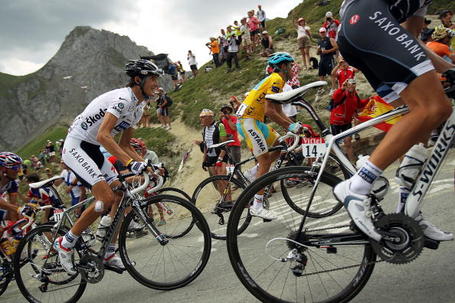 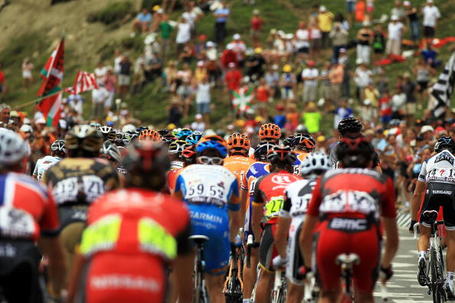