Share All sharing options for: Cavendish triumphs again in Paris! 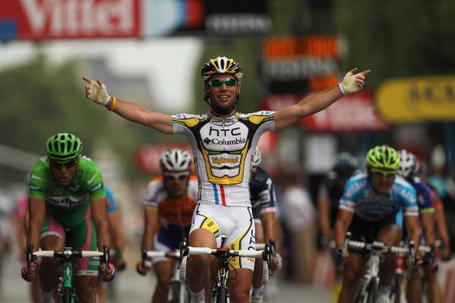 Once again Mark Cavendish crushes everyone on the Champs Elysées to win the final stage of the Tour de France. This time he did it almost on his own, blasting by the the competition on the final meters. Petacchi finished second and hung on to the green Jersey. A strong breakaway dominated the finishing laps but HTC-Columbia pulled it back steadily and with one lap to go the leadouts took over.  Alberto Contador rode across the line with three fingers in the air surrounded by smiling Astana teammates as he won his third Tour de France. 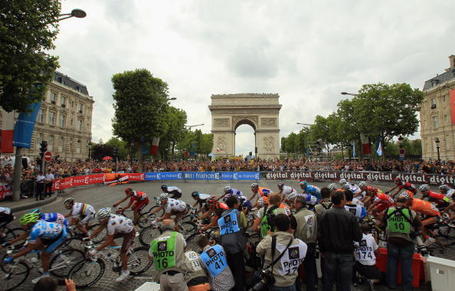 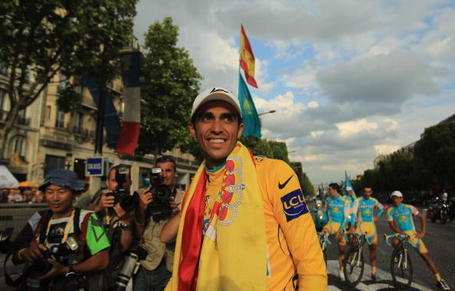 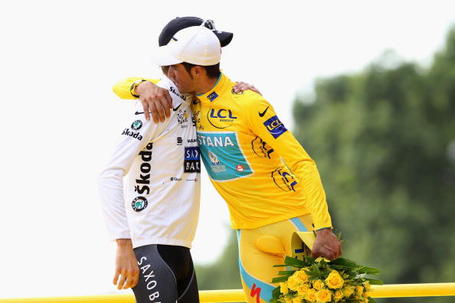