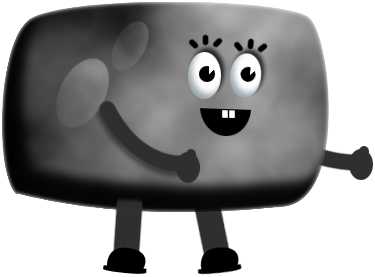 Months of anticipation didn't end in anti-climax for once as the Tour hit the cobbles today. Friendlier weather-gods than those who reigned yesterday prevented the day's stage from becoming a crash-fest and instead it was the spectacular battle that the ASO envisioned when they planned the route.

Andy Schleck & Alberto Contador. The essence of being a professional might just be the ability to work and prepare for all the challenges that are put in your path. In this Tour the two dominating riders from last year, two skinny climbers, were faced with the challenge of a Paris-Roubaix style cobbled stage. On the paper it looked like a potentially lethal obstacle in their path but boy did the kids ever rise to the challenge today. Andy's Saxo Bank team seized the race by the neck and led their captain sheltered on to the cobbles and Andy sat like a seasoned P-R veteran powering along on the worst sectors andfloating across the pavé they way we are used to seeing belgian hardmen do in April . Contador on the other hand did not have the advantage of a strong team but his effort also showed how carefully he had prepared for this day. Forced to fend for himself more or less, he fought and hustled for position and his riding on the rough sections proved that he had learned to adapt his riding style to suit the un-familiar terrain. It was an impressive sight that earned the kids the respect of classics-fans everywhere.

HTC- Columbia  Not only did the stage-win for Thor Hushovd give him a comfortable place in the drivers seat in the Green jersey competition with Mark Cavendish but HTC also found both their GC hopes trapped behind and losing valuable time. Tony Martin was held back in the crash that sent Fränk Schleck out of the race and Michael Rogers was one of many who suffered a puncture at an in-opportune moment. Neither lost major time but they really need to hang on to every second if they are not to slide slowly out of contention in this race. Still, seeing Thor smiling in Green is probably what is making Cav grind down those pretty new teeth in his sleep tonight

Sylvain Chavanel & Quick Step.  Just yesterday it looked like Chavanel could enjoy a good long ride in Yellow. Surely a strong classics rider like him on the most dominant team in April wasn't going to lose time on a stage like today? Ehhh well, it seems QS forgot to bring those April-studs to the Tour and Sylvain was sort of pooped from yesterdays adventure. So after a bit of bad luck, 57 flat tires, and a few bikechanges it seems they have given up the jersey as fast as they won it. In related news: I don't think Chavanel will be riding any green/yellow bikes again any time soon. Maybe it was Karma? When I was a kid my mom always told me not to jump in bed but I never knew this is the prize you pay for being a naughty boy?