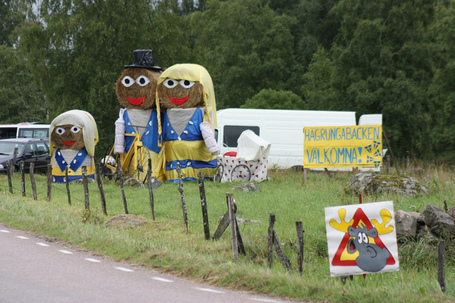 Had a great day at the women's World Cup in Vårgårda. The day started out in miserable rain but by already after the first laps it stopped and by the end of the race it had turned into a beautiful summer day. The race was all about a slow selection as the weaker riders went out the back as the laps rolled by.  In the end about a third of the peloton was left in contention as the race exploded in a thrilling final lap.
Here's a quick recap of the action  in images.

Rain was pouring at the morning sign-in but some were still looking forward to the race. Emma Johansson was glad to show her Swedish Championship jersey in front of the home crowd. 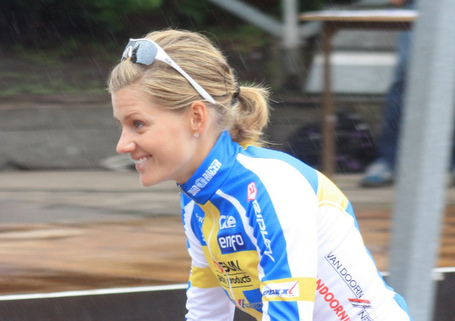 What do you do when it's cold and wet? Attack! Just ask Emma "The Badger" Pooley. Known for her early breakaways she wen't already on the first lap. Smart? No.  Cool? Yes. 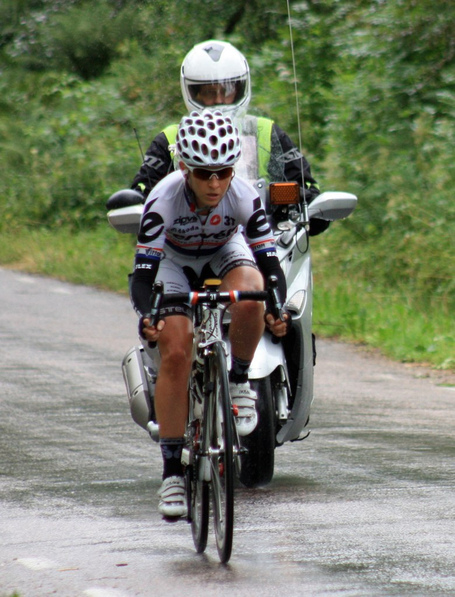 The others were not as amused but in the end Pooley never got more than about a minute's gap. 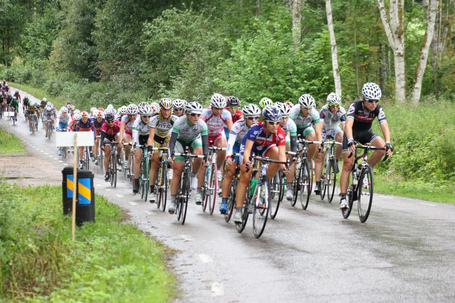 Pooley held off the bunch for about two laps. Here she is going up Hägrunga-hill on lap 2. 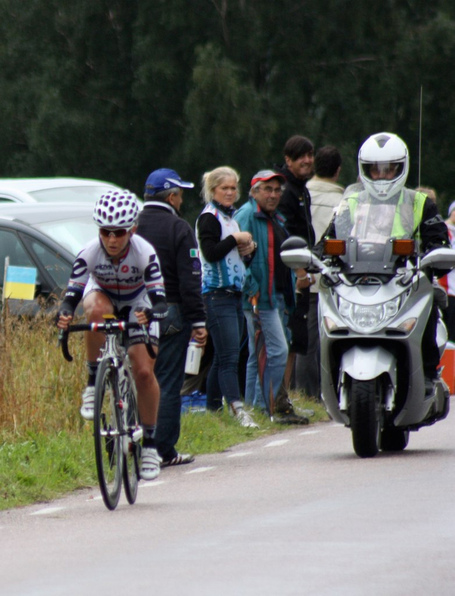 Behind in the bunch her compatriot Nicole Cooke looked comfortable but many of her young teammates were already in trouble at the back. 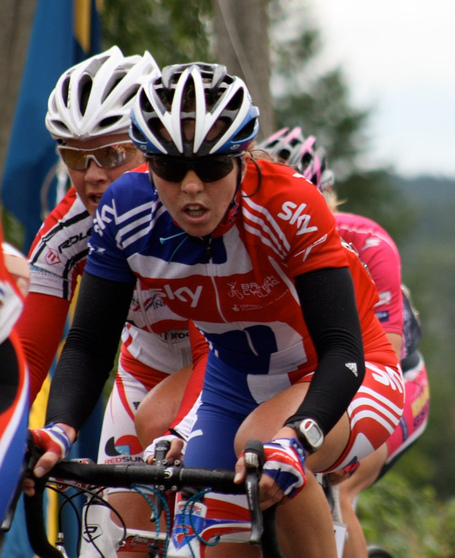 Early comments from the crowd on the hill: Moooo 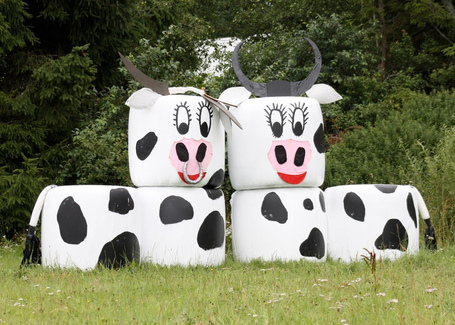 HTC-Columbia upped the pace and Pooley's adventure was shortlived. 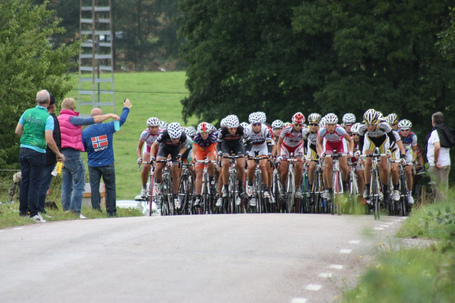 Australian Shara Gillow tried her luck but never got a substantial gap. Next up to try was Ronde van Vlaanderen winner Grace Verbeke. 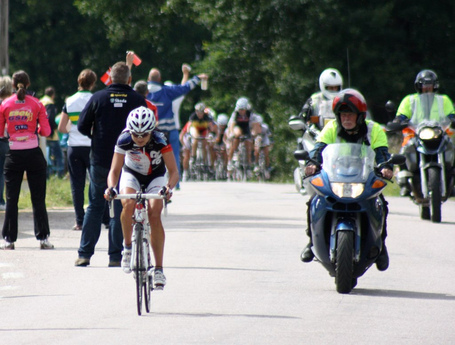 Grace was too dangerous a rider to let go though so the Bigs went to the front to close her down. Here Johansson, Visser and Vos lead the field in pursuit of the Lotto-rider Verbeke. 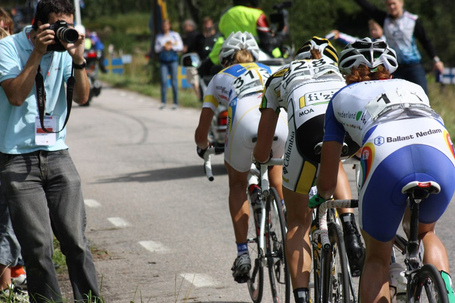 And at the back there was only pain as the pace went up. 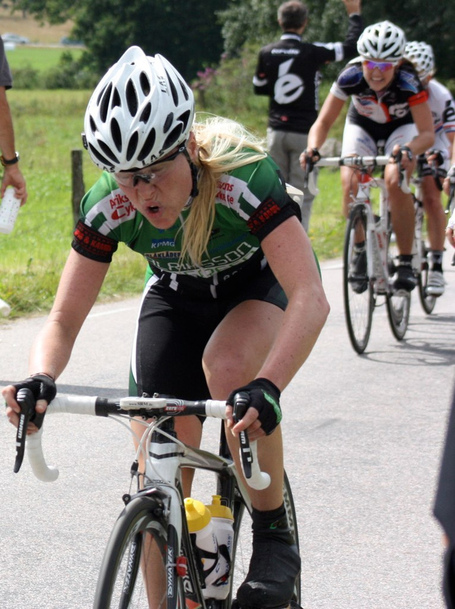 Wondering what happened to the Dutch Hegemony? Well here it is, alive and well in the form of Marianne Vos and Kirsten Wild. 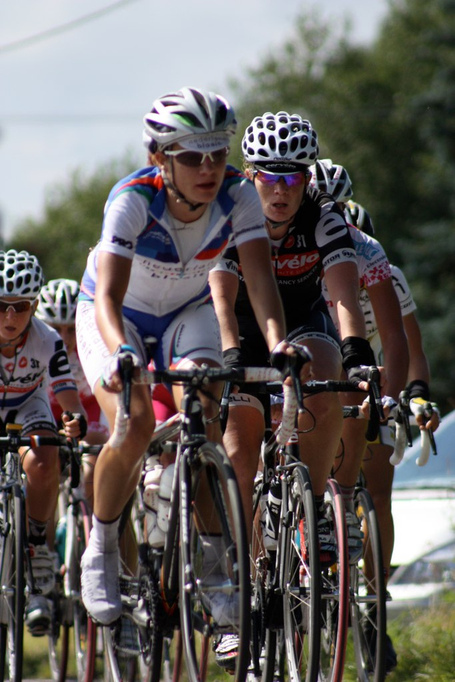 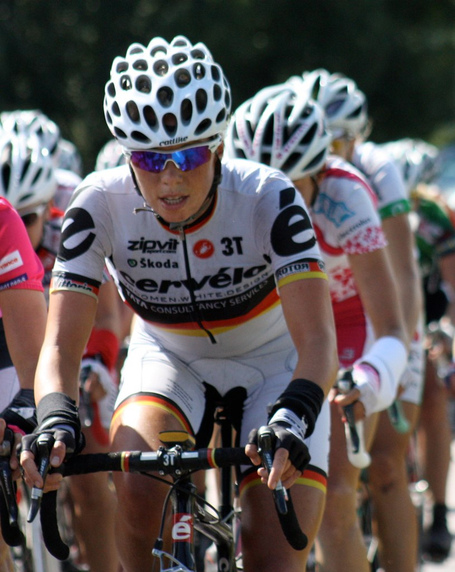 With two and a half laps to go Adrie Visser takes a dig on the hill but only manages to stretch the field out. 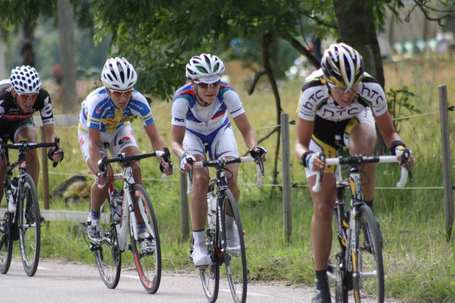 Next time round, on the penultimate climb,  it was Cervélo's turn to dish out the pain. 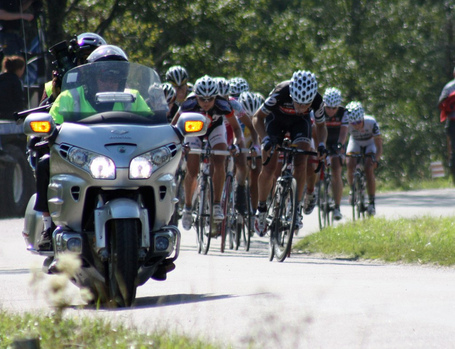 Did I get a gap? No Sarah you didn't. Dammit! 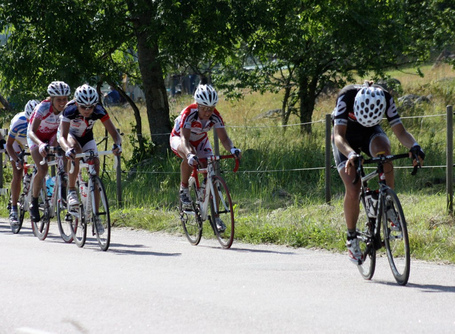 As they approached the climb for the last time Nederland Bloit massed at the front. To keep the race together and set up Vos for a sprint finish? No, even better. They brought Marianne up front for her to launch a monster attack from the bottom of the climb. At the top she powered away and held a 20 second lead in a stunning display of force. 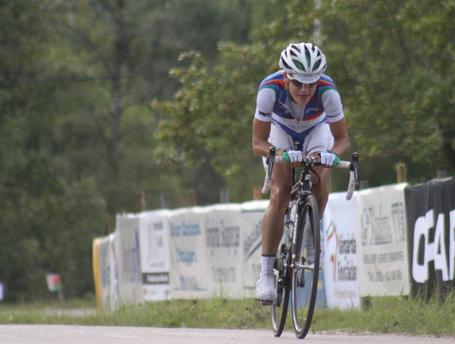 Behind her the field looked broken. Sarah Duester of  Cervélo led the chase but with six km left to the finish, Vos looked like a certain winner. 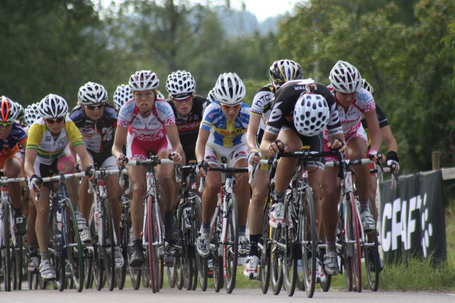 But take another look. Duester is digging in and in great position a few riders back is her captain, powerhouse sprinter Kirsten Wild. 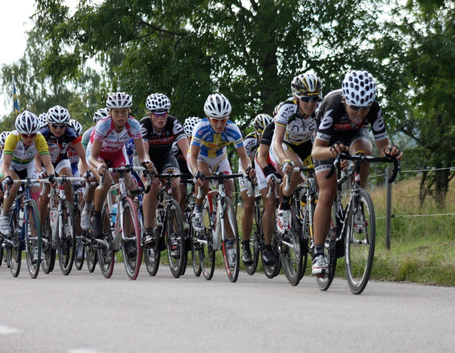 On the flat and windy run-in to the finish Cervélo somehow pulled off what looked impossible and closed the gap on Marianne Vos, who later said she had hoped someone would follow her attack to share the work, and as they turned into the finishing straight the field went past her. Kirsten Wild  took the bunch-sprint ahead of HTC's Adrie Visser and Red Sun's Emma Johansson. 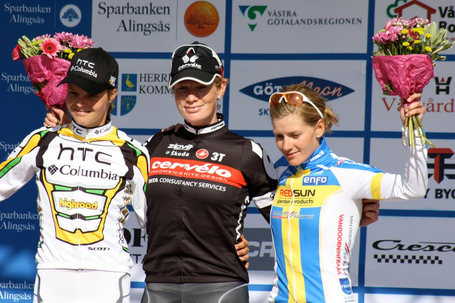