Share All sharing options for: Vuelta KOM Preview: AKA The David Moncoutie Invitational 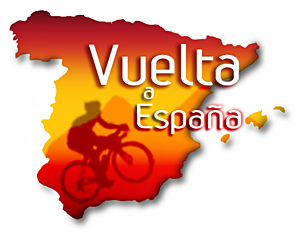 We can spend hours and hours discussing the sprinters and how the Worlds RR affects the points competition. Also we can spend days and days wondering about how the GC competition is gonna shake out. In both instances that's good. Because when it comes time to discuss the KOM competition, until some other rider(s) show they can compete with the Big Dog, this competition is spelled M-o-n-c-o-u-t-i-e.

Two time Vuelta KOM winner (the last two years) and Cofidis rider David Moncoutie wakes up from his pleasant spring and summer nap to roar up Spanish Mountains like a stealth bomber (picture of Moncoutie in his off hours). We know its coming, the whole peloton does, but that knowledge fails to stop the inevitable.

At this point its good to admire Moncoutie's season.  Such highlights! Third at Turkey!  195th on one stage at the Giro! (I didn't know rider numbers went up that high.) A cool 139th on the decisive stage 19, the Mortirolo stage. Moncoutie's so cool at the Tour of Italy that he's catatonic. It's just the Tour of Italy, after all: why get bothered and sweaty? The Tour of France isn't even worth opening one's eyes for.

But come August, the sleeping giant wakes. He sharpens his claws on the Tour de l'Ain, taking third. Just the prep needed before pounding those 20% mountain grades in Spain in September.

What's that you say? You wonder if his 2010 is showing some weakness? Hey-check out his 2009 and 2008.  Those two years he did actually ride that Tour of France. Why? Take in the sights as far as I can tell. France is a pretty country you know.

But Spain is where he shines. And DO NOT mistake him for one of those silly Tour or Giro KOM champions. At the Vuelta he owns the KOM competition, not by taking a bunch of early stage cat 2 climbs only to fall 20 minutes back when the last HC climb comes into view. No siree: this David slays the biggest beasts. He goes toe-to-toe with the GC Bad Boys and beats 'em silly.

But perhaps you are thinking someone else might win the KOM crown this year? After all Jens! didn't defend his Criterium International title. Maybe the world is truly changing and someone else is gonna win this year. On the flip I'll look at the main pretenders. 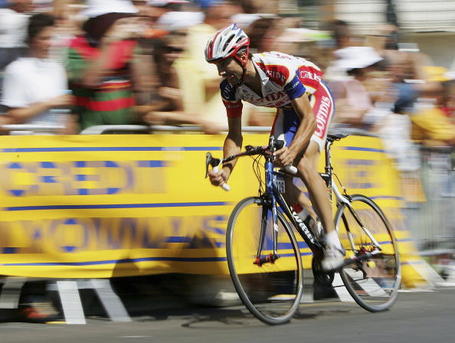 What-you expect to see who might challenge the Cofidis Colossus? How the hell would I know that before any challengers show themselves? Predicting a Grand Tour KOM winner before the race is one of the all-time silliest things I could ever do, so I refuse to do so.

Oh okay. I'm being paid the big bucks. Let's look at who were the main contenders the last couple of years to see if someone stands out.

So have we learned anything? Sure: one or a couple climby types like Moncoutie but inferior to his climbing abilities will mount a "challenge" to him. And lose. The big GC guys won't make a serious challenge either.  So we will wait a week or so and see who will come in second because it says here that this race is already in the books.