Garmin-Cervélo To Include Women's Pro Team

Share All sharing options for: Garmin-Cervélo To Include Women's Pro Team 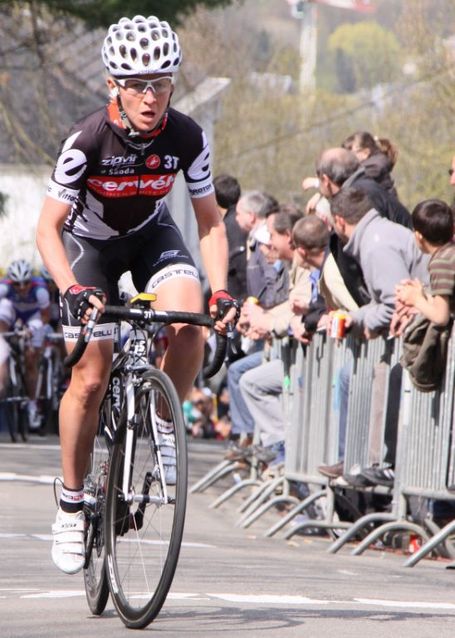 With the news that Cervélo TestTeam has decided to merge with Garmin-Transitions, the fate of the mighty Cervélo women's team has remained uncertain. Wonder no longer. A press release from Garmin today confirms that the new team to be known as Garmin-Cervélo will include a women's professional team. In the press release, Jonathan Vaughters confirms, "we are extremely excited to create a very good women's program." The Garmin-Cervélo team will also continue to support the U23 Howolesko Partners development team. According to the press release, we can expect more detailed information about the new team's rosters in the October time frame.

The continuation of the Cervélo women's team is big news for women's cycling, as the team is one of the "bigs" in the sport. Emma Pooley from Cervélo and Ina-Yoko Teutenberg HTC-Columbia have both emphasized the benefits their women's teams receive from their relationships with the men's professional teams. The support staff and equipment sponsors, in particular, offer a big step up for the women lucky enough to ride for Cervélo and HTC-Columbia. Losing the Cervélo team would have been a huge blow to women's cycling as the sponsorship and support structure of the team would have been difficult to replicate.

A new Garmin-Cervélo women's team raises some intriguing questions. Will the women's team continue with its current roster? Will Garmin want to give the team a more American flavor both in terms of the riders and the races they contest? No doubt these details remain undecided. For now, it's very welcome news that Slipstream has committed to including a women's team in the new project.