This year we're in Offida in Italy - will we find the champions of the future on the roads?  Follow me below the jump, and I'll tell you about the races!

The Junior World Champs are open to riders born in 1992 and 1993, and the website has lots of useful info, including links to videos and the like - but for your delectation and delight, I've borrowed the race profiles for you here: 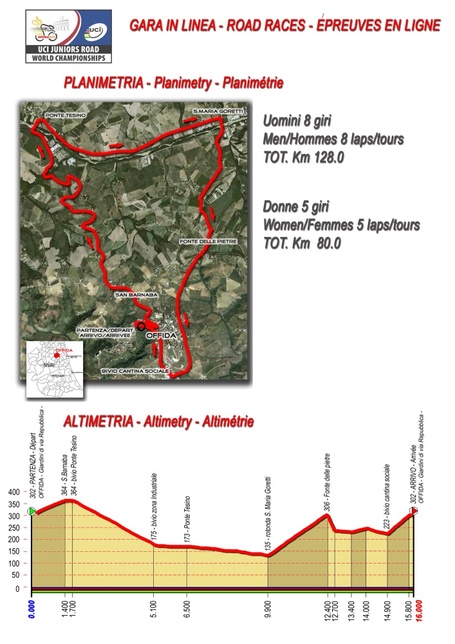 The startlists for the races are here for the men and here for the women.  What do we know about them?  I've got to say not much, but I bet you know more...

Belgium's Jasper Stuyven is the reigning Junior champion on the men's side, and he's back for more this year.  Since last year he's riding for Avia, and won Le Pavé de Roubaix, the Junior version of Paris-Roubaix (you can see the full results here).  He'll be riding alongside Mike de Bie, the '09 Novice ITT Champion.  My thanks to my friend gs on the Belgian-based knowledge!

Denmark are sending Lasse Norman Hansen, who placed 8th in this year's Track World Championships in the Individual Pursuit, and won the Junior Tour de Pays de Vaud in Switzerland this year. 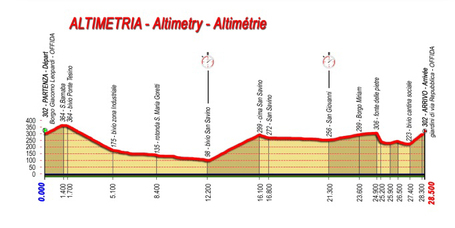 Among the women, reigning Champ Rossella Callovi is now too old - but last year's silver and bronze medallists Pauline Ferrand-Prevot and Susanna Zorzi will doubtless want to improve their results.  Ferrand-Prevot was also the Junior MTB Cross-Country World Champion in '09 & won bronze this year - and she came 2nd in the Junior Road Race & ITT in the European Championships - will she be France's next Jeannie Longo?  Zorzi is the current Italian Junior Champion on the road & ITT - and the Italians have a great team, including European Junior Road Race champion Anna Trevisi and bronze medallist Rossella Ratto.

Mind you, the competition will be stiff.  Team USA took a junior team to the Tour Féminin en Limousin as preparation for this, and their star rider Coryn Rivera came 3rd in stage 3 on junior gears, and 22nd overall - and she came 19th overall in Gracia-Orlova.  She's had 5 USA National Junior Champions across Road, Track and 'Cross, and rides for Peanut Butter& Co TWENTY12 - so if she wins this, we might get to see an epic rainbow-monkey jersey combo.

I don't know that much about the other riders - except for part 198 in my ongoing "I have no idea what British Cycling are THINKING!!!" series, I can't believe that there's only 1 Junior rider worth supporting in the whole of the UK - and even then only for the ITT?  Laura Trott won the Junior Omloop van Borsele stage race (Team GB won the team classification, so it's not like there aren't lots of talented Juniors around...).  Mind you, the Lithuanian Cycling Factory seems to have run out of parts, as they're sending no riders on either the women's or the men's side....

I'd not be at all surprised if the Dutch Hegemony extends to the Juniors too - Annelies Visser has been in the top 10 of a load of Dutch day races (but there are 100s, so I'm not sure what that means).  And Australia are always fun to watch, with Stephanie Hansen, their u19 Road Race champ and Jessica Allen, last year's Aussie u19 ITT Champion. 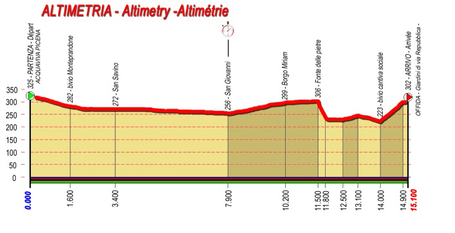 So, I bet you lot know an awful lot more about who to watch on all fronts - so please share it in the comments.  And if anyone sees results, videos, pictures, news, and any other miscelleny, add away!