Here's your chance to ask all about racing bikes with Garmin-Transitions. Stetina also rode for the Slipstream development team, Felt/Howolesko Partners. Want to know what it's like to race in the U23 ranks? Or, wondering how riders make the transition from the U23s to the pro ranks? Here's your chance to find out. Of course, you can also ask Pete all the usual questions we like to ask here at the Cafe. (No Frinking, not that question!)

More about Peter and how you can join the fun, below the fold!

Stetina is one of several young Americans who have steadily advanced through the ranks in recent years. As a junior, he won the U.S. National Championship road race, held that year on a silly hard course in Park City, Utah. Proving his junior success was no fluke, Stetina then twice won the U23 national time trial title, and placed second behind Kirk Carlsen in 2008 in the road race. Among his U23 prizes, Stetina also counts a day in the leader's jersey at the Tour de l'Avenir, 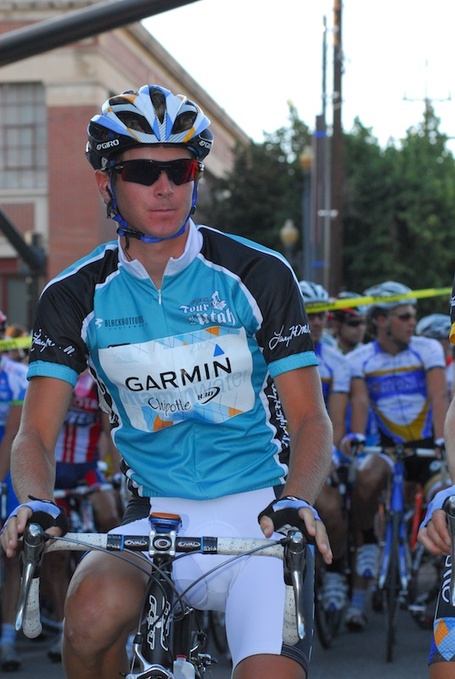 where he raced on the national team with Tejay van Garderen, now riding his first Vuelta a España for HTC-Columbia. Currently 23, Stetina is finishing his first full year in the pro ranks at Garmin-Transitions. (Check out more of Stetina's results so far, if you like.)

If you are new to the Cafe, welcome! You'll need to grab a username in order to post during the chat. The registration requires an email address. We promise we won't do anything nefarious with your address. We're nice that way.

We look forward to seeing Pete and all of you lovely people later today. It should be fun times all around!