[OK, it's from two weeks ago, but this post needed rehashing. Or at least doing so preempts the need for a course review, which we already did...]

The announcement today of the Giro di Lombardia course came with a few changes of note. 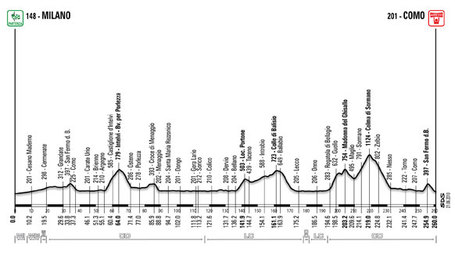 More on the Colma di Sormano:

For more on the race, check out the official website. And of course stay tuned here, we will be all over this race post-worlds. Like mist on a Pyrenean peak.