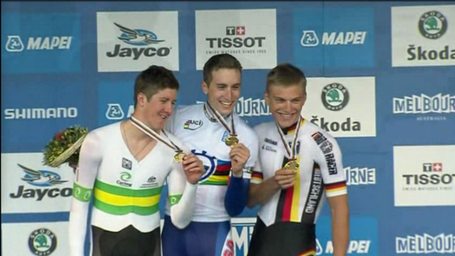 It was certainly a nailbiter, but American Taylor Phinney opened the Melbourne UCI Cycling World Championships with the victory that his supporters, famous family, and more than a few experts were hoping for or predicting. Phinney stormed from behind, as far back as sixth in mid-race time checks, to ride a powerful second lap, edging Australia's Luke Durbridge by 1.9 seconds. Germany's Marcel Kittel came in 24 seconds down for the Bronze Medal. Britain's Alex Dowsett, Phinney's teammate this past year, rolled a tire and missed out on a possible podium spot; he was fifth and just ahead of Phinney at the first check. Portugal's Nelson Oliveira, another favorite, missed out on the final podium spot by three seconds. Full results at CN.

I'm personally very happy for Phinney, but I also think it's a good opportunity to say that he should enjoy the day. A lot of media will take this and run with the "he's the next ( )" angle, but that's not really how it works, and he has several years to confirm his obvious talent. Chapeau Taylor; great race Luke; and well done to Kittel too. 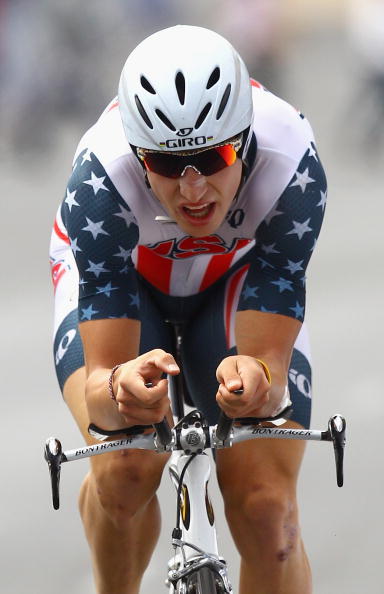