I know, racing... so off-topic. I'm sure we'll get some user-generated stuff from the sidelines which will fill in a big blank for us -- what's it like to be in Geelong or Melbourne this week? But today we refreshed our Getty Images account, so I thought I'd celebrate by posting a raft of pics from last night's competition. Consider it your chance at a fashion critique. And feel free to add other entries (from legal sources of course). FTW: Reginald Douglas, St. Kitts & Nevis. 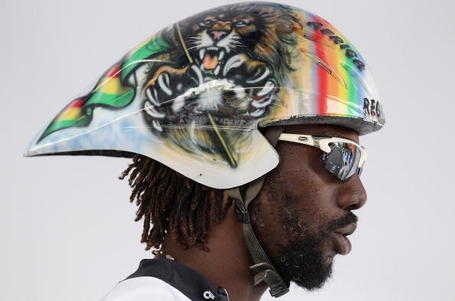 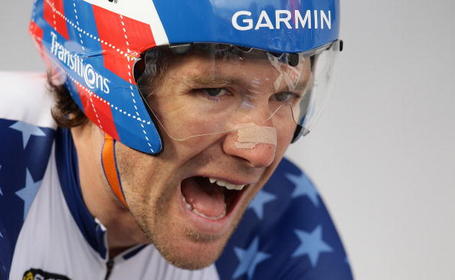 Speaking of Argyle, does it match anyone's nats kit? 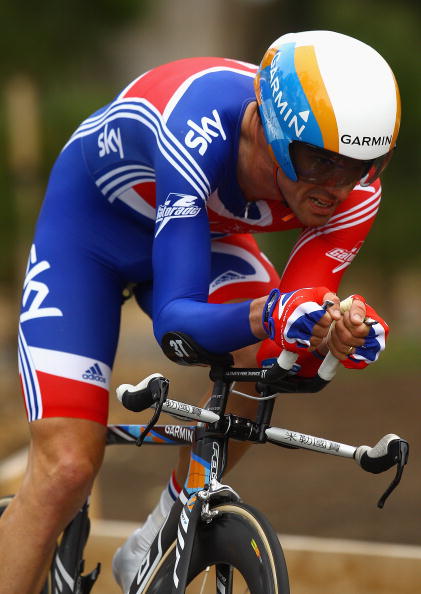 At least Svein Tuft had the good sense to be Canadian Champion and commission a maple leaf helmet a while back: 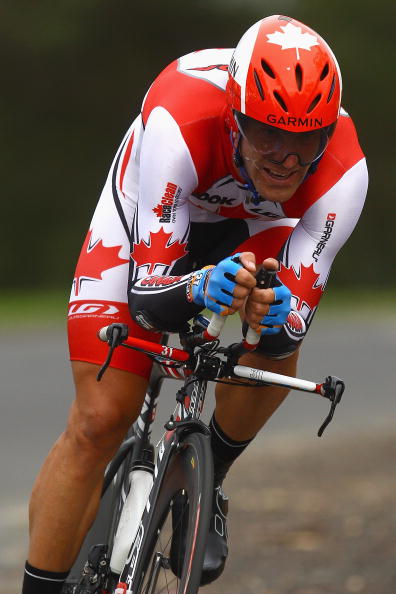 Turning the page, the French kit was very popular in the forums last night. Vogondy rockin' it (and no, rocking is not good technique in a time trial): 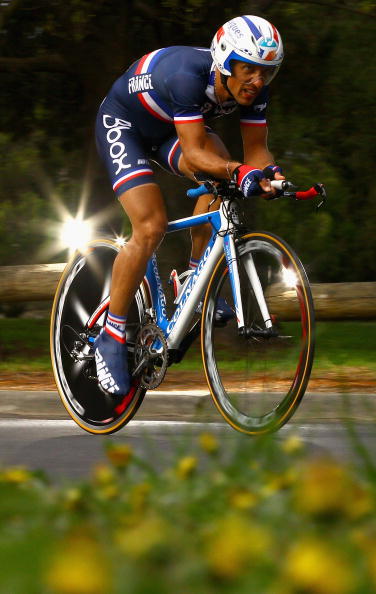 Oranje hegemony? Since Rabo are basically the national team, it's no shock that the colors don't really change: 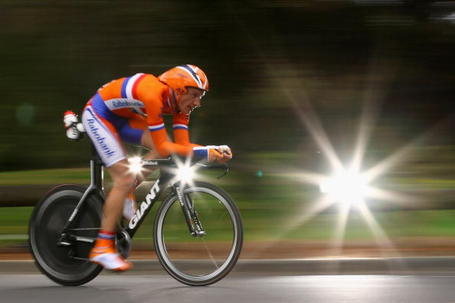 Sweden's kit is always a hit. The black bubble on Larsson's head doesn't kill it entirely either. 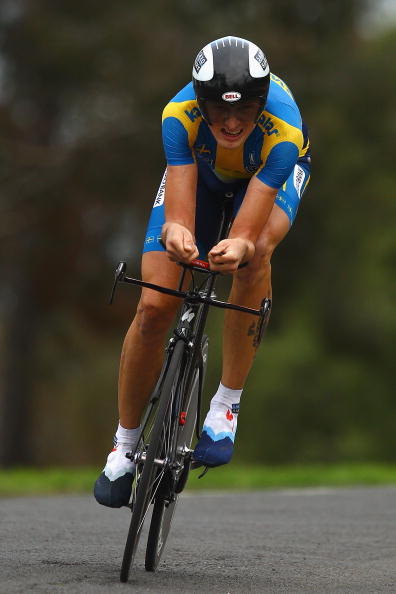 German colors, in all sports, are dreadfully consistent, not to mention white. Dull, though not offensive. 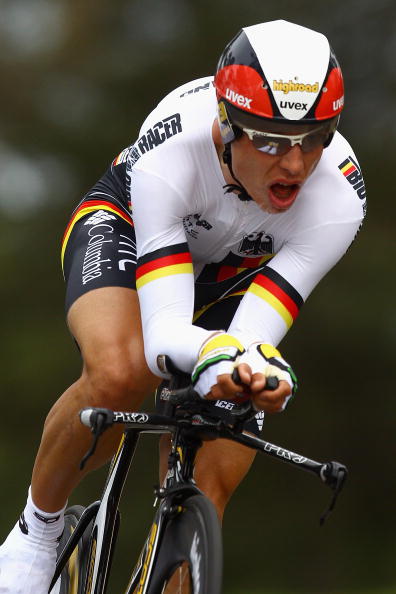 Another popular choice... the Kiwis, sported by ageless Gordon McCauley: 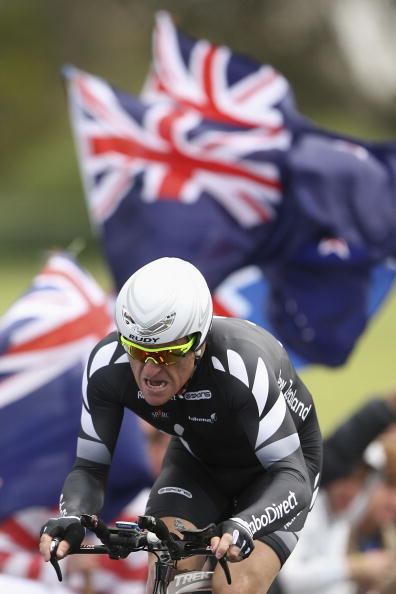 But there can be only one true winnar... 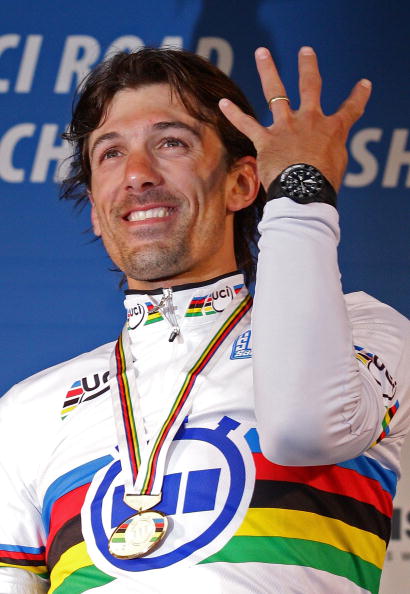