Nancy Arreola: From Mexico to Europe

Share All sharing options for: Nancy Arreola: From Mexico to Europe

Nancy Arreola is a 22 years old cyclist who's just signed to Horizon Fitness, her first proper cycling team (Horizon are probably the women's equivalent of a Continental level team, but they get invites to better races, due to the fact there aren't such clear delineations in women's cycling as men's).

She's another of the young riders who have grown up riding track and road, and 2011 will be her first European season. But what makes her stand out from all the other young women hitting races in Europe for the first time, with big dreams of success and her eye on a place in her 2012 national Olympic team? Arreola will be coming to Europe from Monterrey, Mexico, crossing the world to ride on the same roads as the best. I interviewed her just before Christmas, and we talked about the differences between Mexican and European cycling culture, what she's looking forward to, and the benefits of coming from a cycling family. 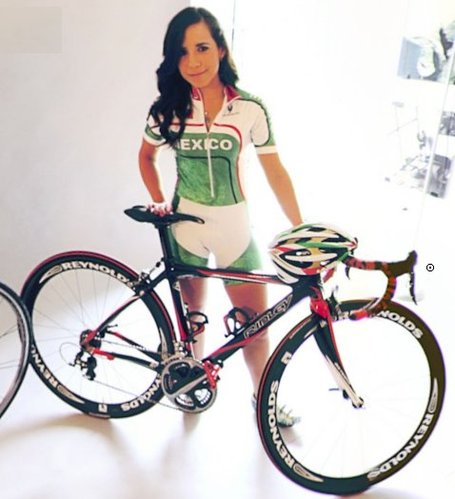 Arreola's journey to Europe has been harder than the average rider's - there is no women’s road racing scene in Mexico - no women's teams, and no women-only races in the country. Arreola gets to race against women on the track, as in order to get into the Mexican National Team, she needs to have some track results - but road is her passion. To get her fix, she rides in men's races, despite the fact that some of the men aren't too happy to see a woman riding alongside them, especially when they hit the climbs. "I always try to be on the front and try to give them a fight every time I can!" she laughs. "They don't like any girl going in the front with them, but it is very fun and makes me improve my abilities on the bike."

It's not always easy – her cycling journey has definitely been a labour of love. We complain about the traffic in the UK, but in M 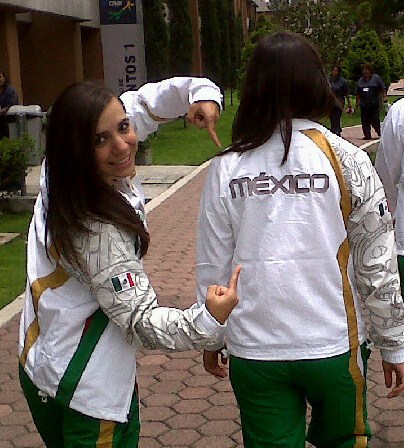 exico, it's a whole different matter, with "no respect" for cyclists at all. And the wider situation in Mexico doesn't help. "We live in a huge war right now between drug dealers and the government, it's been VERY dangerous - we have seen a few kidnaps while riding, so scary. But things are getting better here. It isn't as dangerous but you still need to watch out!" But I get the impression, talking to her, that the challenges are part of the attraction - and when she comes up against barriers, it makes her more determined.

"It's not a choice for me, I really love the sport and I still think there's more I can do to improve, that's why I want to move to Europe." Why Europe, I ask, when it would be easier, and a lot closer to home, to try to ride the USA circuit? She has ridden some races in the USA as a junior, "many fast Crits - 800 metre circuits! But it's not my kind of racing" And of course, the biggest races are in Europe, which is important for an ambitious young rider.

Ever since she was 5 years old, Nancy was a sporty child, taking part in gymnastics, ballet and tennis, but although she was good at them, none of them really caught her imagination. One summer she took swimming lessons, and that was more interesting - a bit more excitement - but she still wanted more. So she moved onto triathlon and pentathlon, and by 13 she was the Mexican National Champion in shooting. She started cycling when she was in Cuba for a shooting competition, and was staying next door to the velodrome - so of course she tried it out - and loved it. Cycling was perfect for her. "I love cycling because of the adrenaline", she says, "It's a hard sport, especially road racing - and it's a great feeling when you think there's no way that you can keep going and then you find more strength, and accomplish your goals". For a while she pursued both shooting and cycling, but with university work on top of her sports, she chose cycling. It's not such a 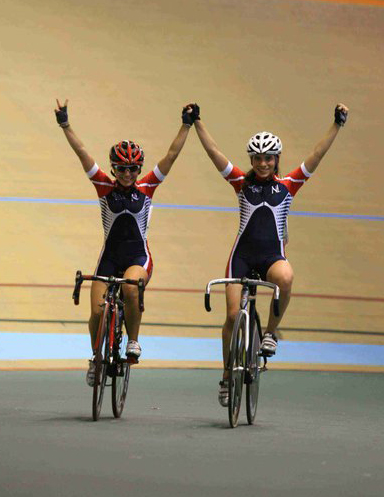 surprising choice - her father was a professional cyclist, and owns a bike shop, so cycling is definitely in the family.

Her family provide her with a lot of support – and being the oldest of three cycling sisters, with some healthy competition. Her sisters Sofía and Chely focus more on the track, and in 2009 Sofia was one of the riders invited to the UCI World Cycling Centre in Switzerland, where she trained for 7 months. I ask what tips Sofi has given her older sister on adapting to the European cycling scene. "It was hard at first, to get used to everything - the weather, language, the kind of training... but she improved a lot! She was top 10 in 3 events in Beijing's World Cup and got a silver medal in the PanAms in her first year as an elite rider". It might frustrate some people to see their younger sister's success, but there seems like nothing but pride in the way Nancy speaks about her sister.

The fact they have different specialisms must help too – while Nancy’s Olympic dreams are on the road, Sofía’s are on the track, at least for now. Sofía has been riding the omnium in the Track World Cups. But does she ever feel twinges of sibling rivalry? "There's some, especially in training, but we race great together! I helped her win her silver medal in the PanAms and it felt as if I won it too. But we did had a hard time last year in the Nationals. She beat me in the points and then I beat her in the scratch - we were always fighting for that jersey!"

When she comes over here, it’s riding with her sister she thinks she’ll miss most, along with being with her family, her dog and the food – but surprisingly, not the sunshine. ("I hate my tan lines!") It will be a lot to get used to: "The culture of racing there is very different, and I'm sure its gonna be very hard but I'm looking forward to this new challenge! I'll be living in London at first, and I have never even been there! I only know the weather conditions are very different than my hometown (Monterrey) and there's also the barrier of the new language - but I kinda like it." Her ambitions for 2011 are to get used to the new st 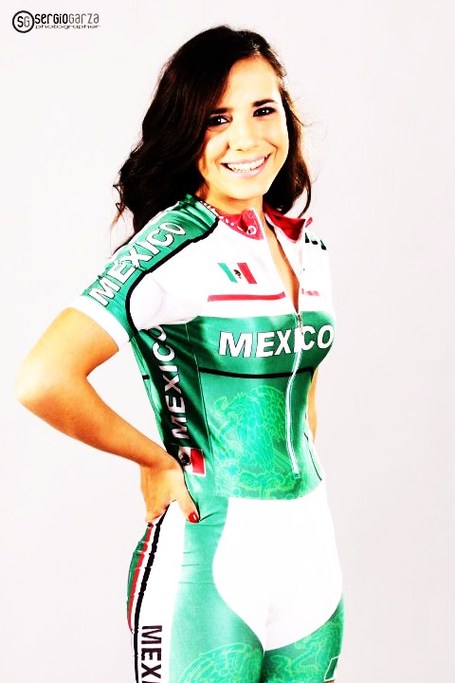 yle of racing, and getting results within the team – with a break to head home to compete in the Mexican National Championships, where of course she wants to win, and qualify for a place in the 2012 Olympic team. Alongside that, she’ll finish her final semester at university, where she’s studying political marketing – so she’ll be nothing if not busy.

Unsurprisingly, given that she lives in a city that's surrounded by mountains, her favourite style of cycling is climbing - lots of short climbs, long climbs - anything as long as it's uphill. One of the reasons nothing compares to road racing for her is getting out into the countryside, right into the mountains. One of the riders she admires is Emma Pooley because "she´s awesome and aggressive in the mountains and she’s not arrogant at all", but when I ask who Arreola would like to be compared with in the future, the answer is that she doesn’t want to be compared to anyone else, but to be the best version of herself.

What should Horizon expect of Arreola? She describes herself as "a bit hyper", loving to meet new people, make new friends and face new challenges – all of which sound perfect for her new life. It will be interesting to see how she adapts to life with Horizon, and where she goes from here. She’s got her eyes wide open, and is under no illusions about what she’s getting herself in for, knowing that she’ll be starting in a small (but exciting) team - she seems like she has the right balance between optimism, realism and the faintest hint of nuttiness that is an integral part of the pro-cyclist. "My parents and sisters say that I talk a bit too much - and that I'm a bit crazy - but part of being a sane person is being a bit crazy, right?"

Interview: Sarah Connolly; all photos property of and used with permission of Nancy Arreola