To absolutely no one's surprise, Zdenek Stybar yesterday got his fifth national title in a row. Radomir Simunek is still out with a broken collarbone after getting a little too friendly with a barrier, and Zlamalek never managed to even challenge Styby. So it's blue, white and red once again for Albertina's future husband.

There should be a bit more suspense at the Belgian national championships though, with Niels Albert claiming he'd rather have the tricolore than the world championship jersey, with Sven Nys going for his eighth national elite title, with Tom Meeusen and Kevin Pauwels hoping to step up a level and, who knows, with one of the Sunweb guys actually trying to win something. The favourite, according to Bart Wellens? Philippe Gilbert, if only he'd enter.

Apparently the parcours isn't too hard.

That was before it rained and rained and rained for the last few days though, and latest reports are that the ground on the beaches of Antwerp's Schelde river have muddied up. A race on the beaches of Antwerp's Schelde river? If that rings a bell, you're becoming a CX expert, because yes, this race is in the same location as The Scheldecross race. A few adjustments were made - they're going in the opposite direction, mostly, and a few extra loops were added to give all the spectators enough room - but this year's winner should feel at home. If he weren't Czech. And injured. 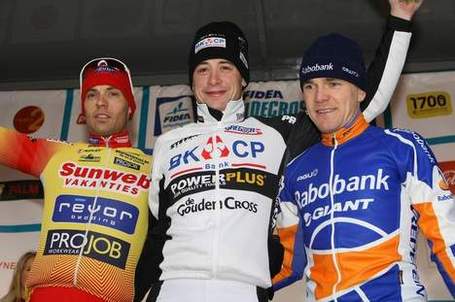 So, about the race. If you speak Dutch or are great at pretending you do, then Kevin Pauwels' kick-ass Crossview file or the race website will surely help. 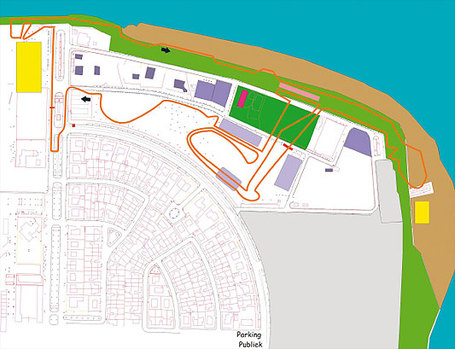 There's beach sand which has become a bit muddy, a few hills, a bridge (I think) and some u-corners but all in all, it's not the most technical race out there.

The race won't be seen on VT4, nor on Sporza, but on yet another Belgian channel called 2BE, which will infuriate me to no end. Don't say I didn't warn you.

The champs table - Powered by Pigeons