Share All sharing options for: An explosion of cx racing... Scheldecross, LIVE

In 2009, this race had to be postponed a bit, cause they found an old WWII grenade on the grounds. Are there other countries where that isn't considered to be that big a deal? It's on the banks of the Schelde river, which means lots of sand. Sand! 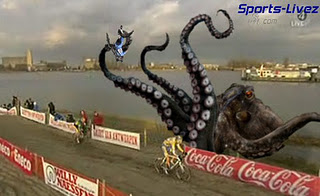 Muddy sand, even, cause despite it being sunny and dry again today (I'm sorry), the weather was thoroughly miserable earlier this week. The race is a standalone one, meaning it's not part of the World Cup, the GVA or the Superprestige series. And that's why neither Bart Wellens nor Niels Albert are participating. Wellens has been in a rut lately, and is looking for answers with the help of an 80-year old physiotherapist and a mental coach. Niels Albert got hit by a car while out training (on 15 Nov.) and broke his metacarpal in the process. There was talk of him making his comeback this weekend, but doctors have advised him to wait another week. Zdenek Stybar is also absent.

But do not despair, there are still reasons for you to watch.

What reasons, then? Well, A) because it's a cx race. Who cares if Niels and Stybs aren't there? Except for Albertina Stybarova of course.

And B) because it's a mixed elite / U23 race, and I'm really looking forward - and dreading at the same time - to see what U23 Dutchie and all-round superman Lars van der Haar can do when he's mixing it up with the big boys.

The race starts in just over half an hour, but VT4 goes live in a few minutes. It's Scheldecross time! 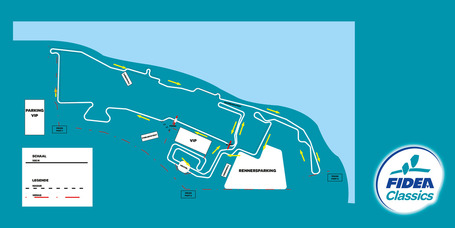