Share All sharing options for: Tour Méditerranéen Cancelled for 2012 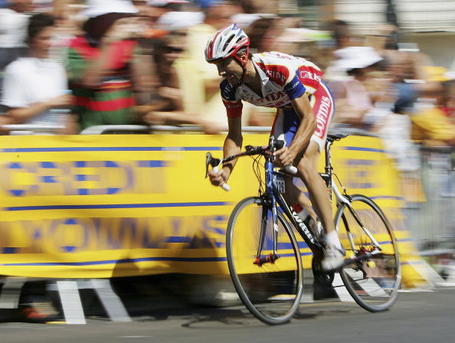 According to reports at CyclingWeekly and Cycling Revue, the Tour de Méditerranéen, nicknamed Tour de Med, will not take place this year. The early season French stage race has served as a traditional warm-up race for Paris-Nice and in recent years, has included the Mont Faron climb.

The French Federation issued a statement today that the race had not met the requirements for inclusion on the race calendar. According to Cycling Revue, the race organizors refused to pay the new, higher fees required by the French Federation. The new fees have proven controversial.

This year's edition of the race, which was to take place 8-12 February, already had reduced the field from 19 to 15 teams, in an effort to reduce costs. The Tour de Med has run continously since its first edition in 1974. French climber David Moncoutié won the 2011 edition. Jens Voigt and Luis Leon Sánchez are also among the race's past winners.