Share All sharing options for: Enjoy it while it lasts: Zdenek Stybar's final full cross season

Somewhere in Oudenaarde, Albertina is crying bitter tears. Belgian newspaper GVA - them of the GVA-series - is headlining with the news that Zdenek Stybar has made up his mind: this will be his final full cross season. As of next year, he'll "take an example from Lars Boom." 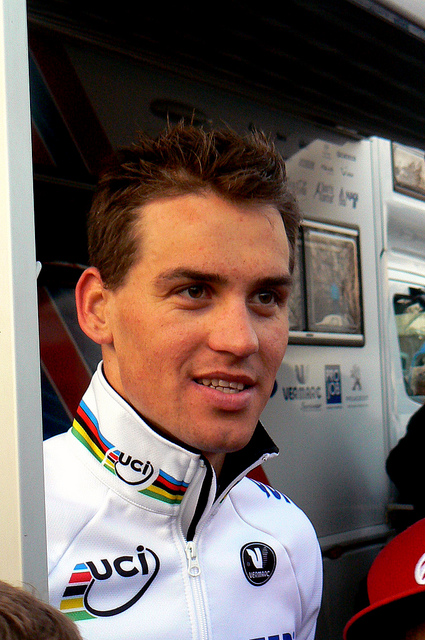 "This is my final full wintercampange", says the world champion. "It isn't that bad: I'm top three in every one of the series."

More translations below the jump.

"When I was in Calpe with the rest of the team, I was amazed at the way in which things worked in the team. When I saw how my teammates prepared for their road season, I made up my mind: this is what I want. I may only get one chance at a WorldTour-team. I owe it to myself to take full advantage of it."

"For the next few weeks I'll keep on doing what I do, among other things because I would like to become world champ again in Koksijde. But this will be - for now at least - my final full wintercampagne."

"But I won't turn my back on cyclocross completely. Starting next year I would like to used Lars Boom as an example for me. He uses cross as a part of his preparation for the road season. Lars combines what is fun with what is useful, and I plan to do the same. If I were to fail on the road, I can still go back to cross fulltime, but for now that's not part of the plan."