Kimmage-Landis: Exploring the Depths of Tragedy

Share All sharing options for: Kimmage-Landis: Exploring the Depths of Tragedy 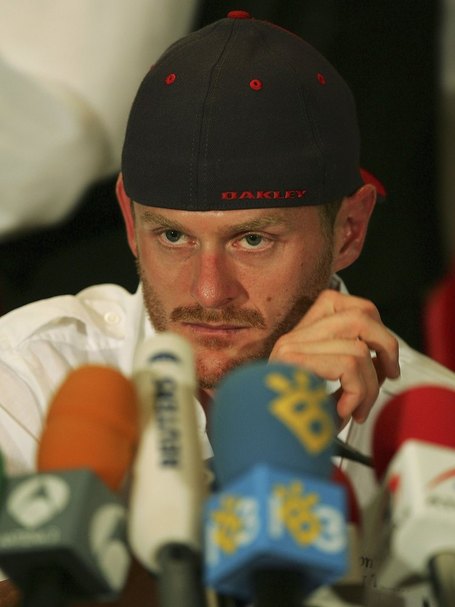 The big news, as you can tell from several of the posts on this page, is the transcript of a seven-hour (!) interview between writer Paul Kimmage and Floyd Landis. Given Kimmage's history of reporting on and speaking out against doping, this has to be his most significant journalistic contribution to the cause, thus far. It's not Frost-Nixon -- that would be Kimmage-Armstrong... or maybe Chris/Gav-Armstrong is a better analogy ("we just have a few friendly questions for you..."). It's something quite different. What Kimmage has accomplished is putting doping in its full, proper context, as I don't believe it has ever been done before.

I found the story, in its entirety, devastating. I know I am supposed to speak out on behalf of clean cycling -- obviously that's what everyone who loves the sport wants, full stop. But I still can't see Landis in such simple terms, and Kimmage's ultra-long format approach only fortifies my impression. As a work of journalism, this interview is something entirely different from the who-what-where reporting and legalese wrangling we're accustomed to when the subject of doping comes up. This is not to criticize the news sites like CN and VN, who report on a daily basis in appropriately-sized bites, using the quotes and information people on all sides of the discussion want them to have. When Sirloin-gate broke this fall, Contador didn't go to the media with a long confession detailing the progress of his cycling life and the choices he made. Nevertheless, all that information feels pretty inadequate right now, because the story of what doping does to cyclists and cycling defies short and simple explanations. 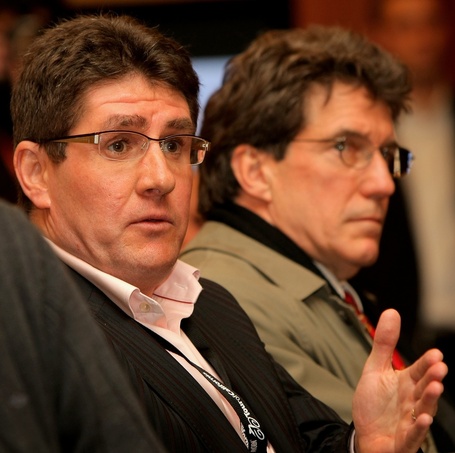 Maybe Floyd is lying -- he's done it before -- but I doubt it. Riders lie when they have secrets to keep, whereas Landis has very few secrets left, if any. In fact, that is what makes the story so remarkable. Floyd is broke, confessed, exiled and reviled. His personal life has undergone unfathomable turmoil. He sits in front of Kimmage, cyclo-journalism's ultimate confessor, with nothing left to hide. He's at rock bottom. Why lie?

So when he tells of his carefree entrance into cycling, his resigned choice to get with the program, and all the subsequent fallout, with Postal, the UCI, his wife -- it sounds credible enough. I don't know to what extent there's a system that protects Lance Armstrong from exposure and which trumped up the testosterone positive for which he was disgraced, a system within USA cycling and/or the UCI. My trust of the UCI is close to zero, but who knows. What Landis says of Lance is what keeps making the headlines, but the value of this story lies elsewhere.

Maybe it's just me, but I really appreciated the chance to understand more deeply who Landis is, now that his guard is down, in order to understand why he doped -- why riders dope. There are aspects particular to his situation, being disgraced after winning the Tour (for reasons he still disputes), and being among the Postal machine, whose story feels like it's about to go to a whole other level when that next shoe drops. But more generally, Landis describes how easy the decision to dope was back then. He describes the whole arc of his career, which collided with doping just as it was taking flight. Landis didn't dope because he was a nut, or a raging egotist, or even a cynic. He doped because he was ambitious and serious about trying to win the Tour. He looked around, decided that cycling stood no chance of changing things before his window would close, and chose doping over giving up his dream. It doesn't exonerate him... but it does continue to increase my respect for the Christophe Bassons of the world. Dopers aren't especially weak, they simply lack the kind of extreme fortitude it took to say no.

That's not really news. But what was truly enlightening was his description of the tragedy that unfolded. The scene where he smashes the black porcelain cup you get for winning the Tour sounds like a Hollywood moment of defiance, but really it was just sad on so many levels. To Landis it's a brief cathartic departure from his life of constant frustration and shame, but from how his wife reacted, it became a moment that crystallized and accelerated his self-destruction. She's angry about it, seemingly at the recklessness and the waste of a valuable item when they needed the money, and shortly after they separate because, as he tells it, he had walled himself off from her in pursuit of ... some way out of his situation. Landis was groping for a fix to his troubles that didn't exist. Amber couldn't take much more, after two years of this. Smashing the Tour trophy was just another tumble in his long, excruciating descent.

Anyway, people can take Landis's story for what they wish; he's pretty radioactive for many cycling fans, and I would guess plenty of serious tifosi saw today's headline and thought, no way am I reading what that guy has to say. I did get lured in, once more, and I know why -- Stage 17. Anything that will help me understand better what I saw that day, to what extent it was real or a fraud, I'm willing to read. If you know everything you need to about the subject of doping, there are far better, happier ways to spend a couple hours. But if your thirst for understanding of cycling's dark side isn't fully quenched, well, by taking the extreme long format approach Kimmage has done a remarkable job of illuminating the reality of doping, circa 2000-06.