Final Contador Decision Imminent: Will He Be Cleared?

Share All sharing options for: Final Contador Decision Imminent: Will He Be Cleared? 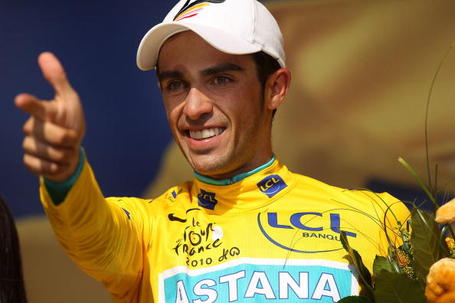 A decision by the  Spanish Cycling Federation could come today in Alberto Contador's doping case, and if rumors circulating via El Pais are true, the treble Tour de France winner could be cleared of any wrongdoing and begin racing immediately.

The federation's disciplinary committee had proposed a one-year ban for Contador, who gave a positive test for minute amounts of clenbuterol during last year's Tour de France. While the existence of the substance is not at issue, it is possible the federation will apply Article 296 of the UCI doping code, whereby an athlete can be exonerated from liability if he demonstrates no fault or negligence in the violation. The UCI and WADA would have one month to appeal the matter to the Court for Arbitration in Sport (CAS) before any resolution can be considered final.

We will update this thread when a decision is announced.