On The Drops: The Annual Dilemma of Selecting Riders

Share All sharing options for: On The Drops: The Annual Dilemma of Selecting Riders 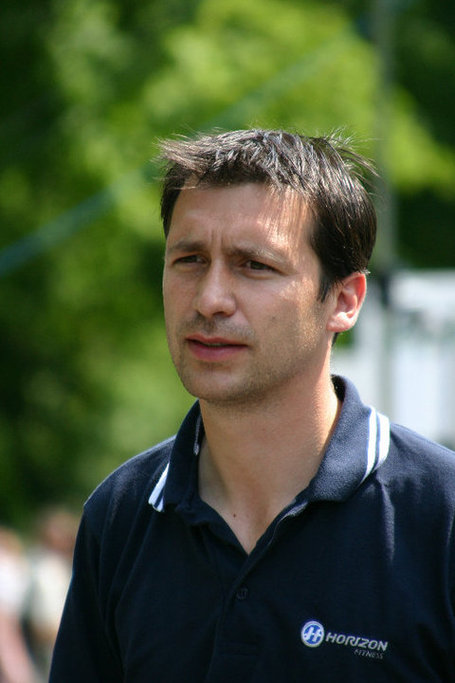 As part of our series of what goes on behind the scenes of running a women's cycling team, DS Stefan Wyman sits down with a latte and tells the cafe about the challenges of selecting riders for Horizon Fitness RT.

The cafe is doing a 'free cake with every bucket sized espresso based drink' deal. So, all fans of cycling are encouraged to get involved and direct any questions towards young Stefan afterwards.

There is no worse job than telling a rider they’ve no longer got a place on your team. The only job I can think of that gets close is sifting through the dozens and dozens of applications that a team like ours gets. Not because it’s boring, but because as a small, but expanding team, we simply can’t take everyone. The reality is we can only take a tiny percentage of those that apply. The process of choosing riders takes in so many factors, but all lead to only a handful of happy people. That leaves a lot of unhappy ones who are left to search hard to be able to race in a team.

One of the major goals of Horizon Fitness RT is to provide a stable base for the riders. We don’t want to be chopping and changing riders but an element of change is inevitable and also necessary. As the team moves forward and sponsors change, goals and requirements also adjust.

One huge factor this year was the fact that Great Britain no longer had a specific road set up for women. In the past few seasons they have run an academy team in Belgium where they develop the road talent and skills of lucky but deserving groups of riders. With London 2012 coming up, all focus has returned to the track. Their success in what they do can be seen with the amount of riders from the UK now on professional team having been through their structure. 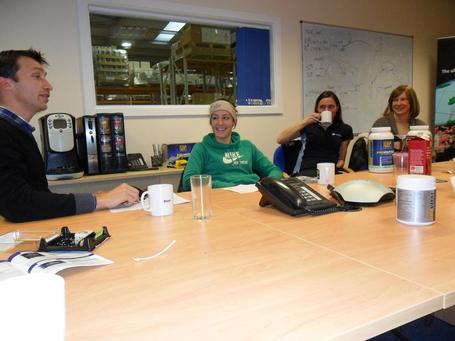 To be able to provide a similar academy structure is a definite goal of our team, and if we can have the kind of success they have it would be amazing. With the GB academy finishing, we were able to add Jess Allen to our squad. Having been injured during the last season, Jess made a good return to racing toward the end of 2010. She rode with Great Britain in the Giro Toscana which is never an easy event. A traditional warm up event for the World Championships, it’s almost guaranteed that the peloton is full of riders at the top of their game. Jess went on to ride for Wales in the Commonwealth games. So I would say what could have been a disappointing and frustrating year ended well. I’m sure the best part of her season was signing for Horizon Fitness.

But what impact does signing a rider like Jess have on the team? The answer is a lot. When you sign a rider with such talent, you have to take a step back and look at what their requirements are going to be in terms of racing and development. In a team sport, there is no point going to a race because it suits one rider. When we go to a UCI race in Europe, I can’t have one strong rider; I need a team of them. I guess that’s where we are blessed at this team, as we really do have a great pool of talent.

But blending the goals of those individuals isn’t always easy. As well as a lot of winter electronic communication, this is where the need for a training camp comes in. Now these don’t come cheap, but they are a key tool in developing riders, assessing talent and creating a real team. Step up Mpire Cycling Centre in Italy and Jamie Burrow. They have sponsored the team, by providing us with our 2011 training camp. This is going to transform the way we’ll be operating this season. We can’t thank them enough. It’s going to be the first, and would normally be the last, time this season that everyone (No exceptions) will be together. That opportunity is huge and we intend to use it very well.

We do grab as much time together as a team as possible. Recently we were up at the offices of our nutrition partner CNP Professional. As well as the riders having a seminar on the CNP products, its invaluable to get some time to speak both individually and as a group to the riders. We don’t have the luxury of professional teams, where all the riders are full time. It quite often takes weeks, if not months of planning to get even a majority of the team together. Work, exams, travel, racing and illness are all things that are regular hurdles we have to get over to get the squad together.

So putting talent next to known stars like Jess is one of the factors you look at when going though the applications. Next is identifying future stars. Now I’m pretty sure we already have some on the team like Penny; dedicated and hardworking, but willing to learn for everyone around her is how I’d describe Penny. So finding more like her is something that requires careful thought. I’d say I go to around 120 and 150 days of racing a year all in all. That seems like a lot you’d think and I’d get to spot a lot of talent. But the races I go to aren’t always necessarily the ones where the next generation are racing. Also, there are other DS’s out there doing the same thing, so it’s not one way traffic. So analyzing results and requesting trusted colleagues to give their opinions is very important. Again, there isn’t a way we can take all of the riders we’d like to right now, but each year that we take a step forward we’ll be able to support more riders in a well structured environment. 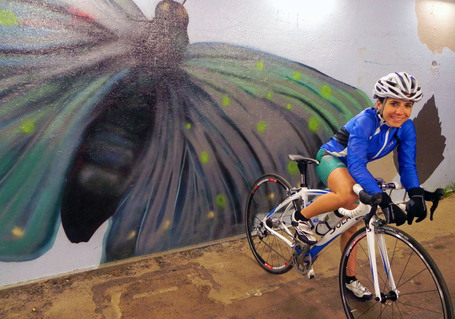 One of this year’s new riders who we feel have a massive future ahead of them is Nancy. A Mexican climber, who’s equally at home on the track, Nancy is heading to Europe to race for the first time this year. Although not new to racing, training hard, or winning races, Nancy is new in a structured team environment and also new to the European Peloton. So although we know the talent is there with Nancy, we have to make sure that we can give her 100% of the required time to help her settle in and use her talent while she’s with us.

So what about the riders that don’t get onto the team. Well this is an area I have been working very hard on in many ways. Firstly attracting further support and sponsorship so that our net can widen but also establishing links with other clubs and teams that are working to progress women’s racing. We’ve recently linked with Inverse Racing, a fairly new team for both men and women in the UK. Part of this will see several of the riders coming down to Italy to take part in the team training camp. It has also allowed us to help riders like Katie Noakes who ride for Inverse. Katie is a rider in the UK with a huge future ahead of her. She’s also being helped by Simon from www.lagazzettadellabici.com. With his help and bit of input from ourselves we hope that the effects of Horizon Fitness RT aren’t only felt by ‘our own’ riders.

Above talent and potential come the most important element of rider selection……fitting in. If a rider isn’t going to be a team player and blend with the personalities we already have, it’s going to be hard for them to be part of the squad. As a team, we have plenty of time on the road. There are good times to be had along the road, but it can be a tough environment living out of a suitcase. Everyone needs to have a lot of respect for each other or the whole system brakes down.

This respect also works the other way. Claire Thomas has chosen to join Horizon Fitness over professional teams in Europe. That can’t be an easy decision to make but I think it shows that our message is getting out. Claire is a rider that has entered the top level of women’s racing quite late, but has excelled in what she does….climb very fast. Having ridden as a guest rider for us during 2010, Claire chose our team based on the ‘Structure, attitude and atmosphere’ found with us. All we can do is take the complement, and ensure that things remain the same so other riders might do the same.

So basically to sum things up, it’s not an easy task selecting a team. There will be mistakes made, but with time and effort they can be minimised. That effort should be rewarded by having a great team of riders all pulling in the same direction with one goal; a Horizon Fitness RT victory.

All photos have loving used with permission from the team's site www.onthedrops.com

You can find the Team and Stef on Twitter