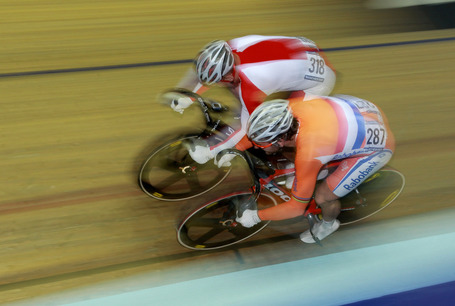 Helloooo Manchester Track world! I don't love track, but I do love track pictures. Anyway, it's tempting to get carried away by what we've seen the last couple days:

What does it mean? Well, let's just say that you should be aware of the risk of reading too much meaning into events. Or you'll end up like this guy: