Share All sharing options for: AAAAAAAAAAHHH!!! [Translation: It's the 2011 Ronde Van Vlaanderen Route]

Whoever said I should cheer up and look at the calendar earlier today was right... 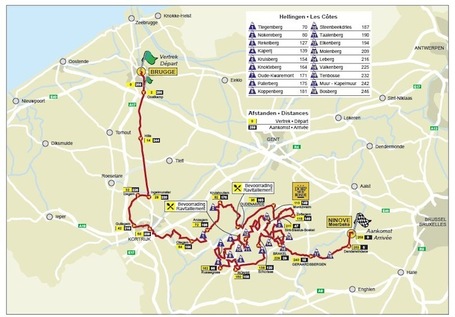 OK, that map is next to useless, apart from proving that we do, in fact, have an official route for this year's Tour of Flanders. In fact, we may have had one for a week or so now (Yo Wielerland... respect!), though I haven't seen anything since the cryptic sneak-previews back in December. Actual, legible details on the flip:

First a little soundtrack for your reading enhancement. [h/t tgsgirl. Shocking, I know]

The other factor, of course, is cobbles, and the good folks at Flanders Classics have beefed those up too, although again in the early stages. After the Oude Kwaremont the mega-sectors are the same, still bunched around Markedal to some degree and with the uber-nasty Haaghoek sandwiched between the Molenberg and Leberg. Now, however, prior to the Oude Kwaremont there are four mega-sectors, not two. I can't read the names very well, but I count a total of eight sectors before the shootout at the O.K. Kasseien, versus seven last year. So it's harder by any measure you want to use.

Except distance. The riders' reward for a few extra km of climbs and a few more km of cobbles is a 5km shortcut somewhere, as the total distance is down to 258.

What does it all mean? Strategically, not much. But if you're racing here or just planning one of the Ronde Toerism rides, well... train harder. 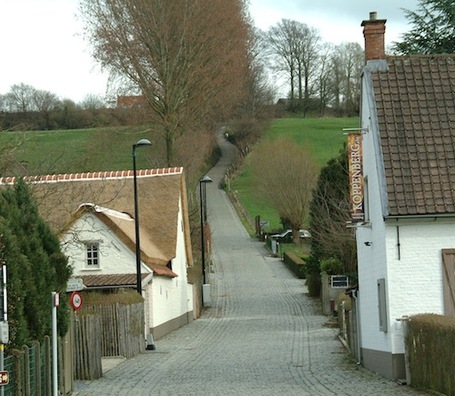 Photo by Chris Fontecchio for the Podium Cafe