They Call Him Barbie

Share All sharing options for: They Call Him Barbie

A preview of upcoming attractions.

Barbie tells Gav about his nickname:

I don't really know where it came from. The Netherlands, I think. I first heard it when I went there to race some post-Tour crits. The announcer, he kept saying, "here's Barbie coming around." Afterwards, I was like what? Who's that?

Those Dutch People, always causing trouble. No, the nickname has not caught on in the bunch. Only the media uses it. How could we possibly resist?

Also, we talked about Billy Idol. Separated at birth? You decide.

I even asked him about bike racing. Haussler will start the Tour of Qatar on Sunday, so you should watch it.

The Illustrated Podium Cafe Interview with Heinrich Haussler of Garmin-Cervélo. 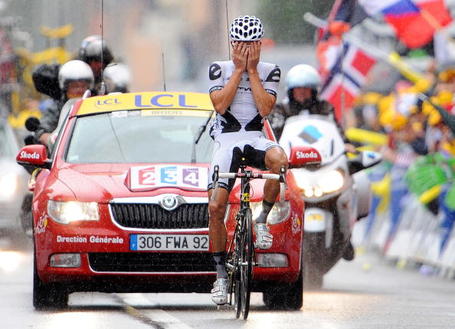