I needed help and someone gave me a ladder.

Share All sharing options for: I needed help and someone gave me a ladder.

Slack, busy, lazy… whatever you want to call me, I’ll agree it has been a while since I updated this blog! Last time I wrote, I had just come off a very uneventful Bay Crits and Nationals and was in a bit of a ditch both physically and mentally…. But like most ditches, there is always a way out – sometimes, you just need a little help :)

So what’s been happening? Well after Nationals I was really eager to keep the ball rolling and keep the training up for my biggest target for the first half of the season – the NZCT Women’s Tour of NZ on the 23-27th Feb! Training was going great and I was starting to show some form, and a nice tan to match! A few weeks before I was due to head to NZ, I received a phone call from Kim Howard (manager and coach of the TDT R.A.C.E team) asking if I would be interested in racing a series of Criteriums over in Perth a fortnight before I was due to race NZ. After speaking with my coach we both decided it would be a great idea and a good way to get a hard hit out before heading off! So a week later I was on the plane to Perth and I DID actually write up a race report which I will post below (and sneakily backdate a few weeks so no one notices I forgot to put it up… until they read this of course – dammit.) and in summary – things went really well :) I was even able to spend some quality time on the beach, and I can happily say that I now have to use BOTH hands to count the total number of beach visits I’ve done in my life!! 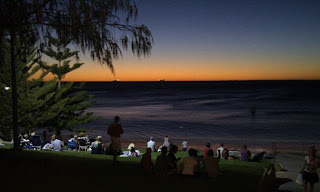 We were fortunate enough to be staying right on Cottesloe Beach thanks to the team's sponsor Bartercard!!! Cheers guys!!

After the last crit was done and dusted, I got on a plane home back to Canberra. I got the classic just-been-on-a-plane-with-sick-people-and-recycled-air cold which saw me take a few days off the bike but I wasn’t really concerned, after the last few days of racing I was looking forward to a rest! But unfortunately for me it wasn’t the cold that would set me back – it would be a bloody injury #storyofmylife (got to love twitter) !!!! 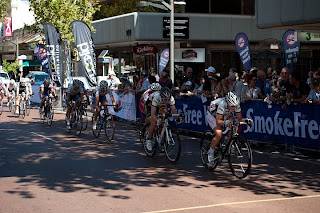 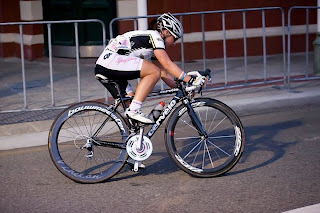 I was all packed and ready to head yonder; flew down to Melbourne to meet the rest of the team only to find that our flight had been cancelled…So we had to wait 10hrs until our next flight, mentally I could handle that. But it seemed that my poor body couldn’t and when we finally touched down in Wellington at 3AM the morning of our first race there was no way in hell I was able to walk properly, let alone ride. It was a tough decision, as it is for any athlete to pull out of a race but over the last 4 years I have been racing, I have gained the knowledge and understanding to ensure I have a healthy means to realise my potential and risking potential further injury and yet more time on the sidelines was not one of them.

So the rest of my time in NZ was spent hanging out in the ghetto… I was racking up km’s in the car instead of the bike and eating salads instead of indulging on the all you can eat buffets was probably the hardest part of it all lol! I decided to try and make the most of my time down there and spent every moment I could learning, helping out or watching. Riding in the team car, you become spectator to everything that goes on in the race and it is was very interesting at the end of the day to compare what the riders impressions of the race were, and what you saw. It was also good from a tactical point of view. With teams like HTC Highroad and Diadora Pasta Zara racing, there were no doubt a lot of tactics being played and it was interesting to see them all fold out! Whilst it was hard watching everything pass by from the sideline, I was really happy to be able to catch up with lots of my close interstate Aussie friends and couldn’t have been happier to see them up there sticking it to the pros!! 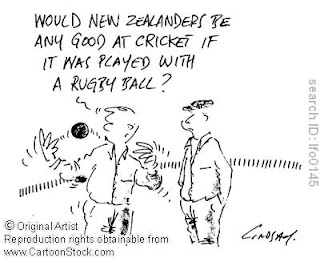 Back from NZ and the focus was straight onto recovery. Onto the physio and developed a management plan within a week and I’m happy to say that things are coming along swimmingly :) and although I may get angry at my coach for acting like an over protective parent by limiting my training, I know that she’ll always have my back and so I’m just gritting my teeth and doing what I’m told :) not that I’d ever do otherwise… ;)

Unfortunately though, I will not be contesting the Oceania Road Titles in Shepparton next weekend. I decided to withdraw from the event after I returned from NZ. I am a bit frustrated and tired of racing major events when I know I haven’t been able to do the training or that I’m going into an event well underdone. Don’t get me wrong, I don’t mind being beaten, I mean it happens all the time lol!! But I want to know that I’ve been beaten by people because they have genuinely been better than me – not because I’m not fit or because of a 10000 other possible excuses… I hate that. That’s not me. As I said before, things are progressing quite nicely and I’m feeling fitter and stronger as each days goes by. I’m loving training in Canberra at the moment, everyone is really supportive and are always up for a bit of friendly competition! I just need to remember to leave my ego at home some days… It would make some days a lot more comfortable! 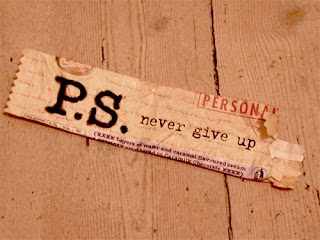 The course of life never does run smooth and because of this I have been able to develop many valuable life skills. Through my experiences on the bike I have also come to realise that I perform best when I’m strong ..and happy. I’m proud to say that I’m now one; I just need to work on the other!! I also take inspiration from Winston Churchill -one of the most recognisable faces in History to date:

"If you're going through hell, keep going."

I take pride on sticking by these values and believe that they are what have made me who I am today and what is going to help me reach the top not only in my sport but in life. So next time you see me racing interstate I will hopefully be well… me again :) Call me cheesy but I’m going to leave you with a video I came across the other day… if you are ever in need of a bit of motivation, look no further…