A Date With the Honda Dream Team

Share All sharing options for: A Date With the Honda Dream Team 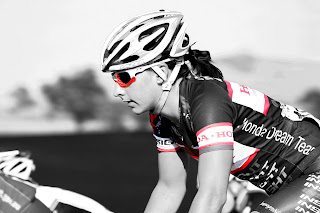 Rolling up to races in custom painted cars, decked out in stylish kit and riding shiny top of the range bicycles – you’d be forgiven if you thought the girls on the Honda Dream Team got treated like rock stars. But underneath the glitzy and glamorous exterior runs a very professional set up out to one thing: win big bike races. I had the pleasure of riding in the Honda colours in support of Commonwealth Games Gold Medallist and Honda Dream Team manager Rochelle Gilmore in her quest to secure a spot on the Australian 2011 team to compete in the World Championships in Copenhagen.

Monday last week I was lining up alongside hundreds of other Canberrans to participate in the annual Amy’s Ride Canberra in support of the wonderful work the Amy Gillett Foundation does in raising awareness and promoting safety of cyclists on our roads. Having already decided to miss the Oceania Championships in favour of saving money and finding some form, it was a very welcome surprise to be offered the opportunity to be a part of all the excitement and ride on behalf of the famous Honda Dream Team. To put a long story short, the conversation I had with Rochelle ended with her saying something like "Now, as part of our team contract it means you will have to ride the team Pinarello Dogma 60.1, wear a Lazer helmet, the team Oakley sunglasses and we will provide you with High5 nutrition products… Is that OK?" to which I replied something a tad less appropriate for posting than "Yes.". Before I knew it I was sent all of my flight details, asked for bike measurements so my bike could be set up perfectly before I got down there and for clothing sizes so the team at Hotdesigns could make my own custom kit...In 2 DAYS!! I was amazed at how quickly and efficiently everything was organised, all that was left for me to do was jump on a plane in peak condition, ready to race!

I arrived in Melbourne Friday morning and was greeted by the other Dream Team riders Sarah Roy and Carly Light and a brand spanking new shiny custom Honda Odysee, loaded with Pinarello Dogma 60.1s…We were definitely going to be travelling the journey to Shepparton in style! Upon arrival, we were greeted at reception by Rochelle and our mechanic and support crew for the weekend Klas. Within 30min he had built all of our bikes and we were all kitted up in our new gear ready to do a recon of the course! I was waiting for someone to pinch me or for something to go wrong… nothing ever happens this smoothly! But when something is managed well and thought through, apparently it does. As we completed the recon as a team, the bike felt like a dream! Equipped with Super Record and top of the line Boras, I didn’t feel as though I was only flying but for all I knew, I could’ve had a motor too! 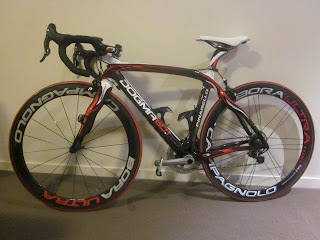 Back to the hotel and it was time for dinner. Rochelle had prearranged for us to go to an Italian restaurant and so the only decision we had to make was what sort of pasta we were going to eat! Over dinner we talked about tactics (sorry, not revealing anything there ;) ) and once we had devoured our food, Rochelle asked a question that there is only one answer to – who wants dessert??? That’s what I enjoyed most about my short trip away, and admired most about being with the Honda Dream Team. Although we were travelling to one of the biggest races on our calendar, somehow everything seemed relaxed and fun but still remained professional and organised. I don’t know how Rochelle does it, but she does. Being with the team really reminded me why I love racing and being part of a team :) 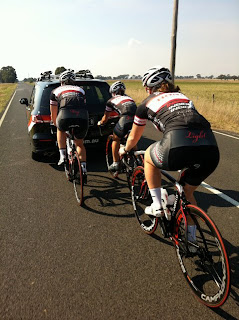 So then came race day and again all that was left for us to do was to make sure we had what we needed to perform at our best. Breakfast was already prearranged and put in our rooms, and for the race we had a nice fresh supply of High5 nutrition products. On the start line I couldn’t help but feel nervous, I mean I was going to miss this race because I didn’t think I was strong enough but it is amazing what you can do when someone trusts you and is confident in your ability. Out on the road I felt like I was riding like two people! Whether it was because I was determined to see Rochelle take out the title of Oceania Champion, or because I was dedicated to the team, all I knew was that Honda had definitely given me the ‘Power of Dreams!’ ;) 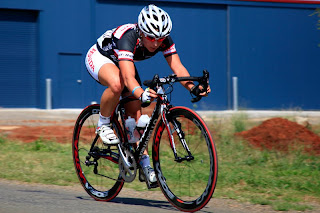 I’ll let you read the other rider’s blogs to find out what exactly happened in the race but in brief, things were pretty controlled until Shara Gillow decided to go up the road on the last lap. She was closely followed by Chloe McConville and Bridie O’Donnell and unfortunately we didn’t have the horsepower to bring them back. However Rochelle showed that she is in great form by winning the bunch kick for 4th and securing herself some UCI points. Although I am really disappointed that we couldn’t help Rochelle secure her spot on the Worlds team early on in the season, she is currently in awesome form and if this is anything to go by then I have no doubt that she will be stamping her name into the team in the not too distant future! 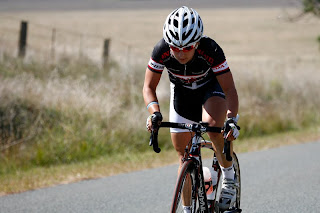 So that is just a sneak peak for what it was like to be part of the Honda Dream Team. I haven’t given away all of their secrets but let’s just say that the setup is amazing and arguably the most organised team environment I’ve ever been in. See, there is more to the team then just a bunch of good looking chicks ;) As for me, I’m back in Canberra training, working at the bike shop and the gym and doing uni. The next races I’ve got lined up are a few local NSW races in Bathurst which I’m really looking forward too! I’ve spent the last few months competing in races which either count as selection or have something weighing on them so it will be good to go into a race with no expectations and see what I can pull out!! (Mind you, I can’t say I won’t be going in them to win them ;) )

So until next time