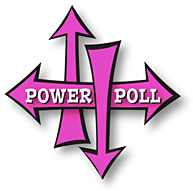 Unlike the silly boys the women still have a World Cup made up of some of the biggest one-day races. This year the WC consists of 8 races and a Team Timetrial (oddly enough) starting this weekend with the Trofeo Alfredo Binda-Comune di Cittiglio. Last years World Cup was won by Marianne Vos, not surprising but it wasn't decided until the last race so it was no easy win by any means. Now since powerpolling is what we do best here at the Podiumcafe (well second best after sockpuppetry) here is a  starting point for predicting the outcome of this years race series.

1. Emma Johansson (2:nd place 2010)  (Hitec Products - UCK)
Consistency was the key word to describe Emma J in 2010. She didn't win a WC race but she had consistently high placings, kind of like a female Michael Boogerd but with less teeth. This year she has started the season with a bang, winning 4 of the 6 races she has started in. Having had a peek at the courses for the 2011 Worlds and 2012 Olympics she has focused her winter-training on improving her sprint and so far the results are impressive. If she can be as impressive when the competition is named Wild and Vos this could be a fun season.

2. Judith Arndt (5)  (HTC-High Road)
The german veteran has had some bad luck with injuries but at her best she is still one of the most consistent and versatile riders in the peloton. Capable of winning on all sorts of terrain she is a threat in any race that doesn't come down to a bunchsprint.  A solid overall win in the Tour of New Zealand, with two stagewins along the way shows that she is still very much a threat to win at age 35. For someone who won Olympic and World Championship gold in the same year the last two seasons have been surprisingly meager. Nicole Cooke has more or less "lost" two seasons due to an endless stream of team-trouble but this year she is back on an italian squad and one loaded with talent at that. When you consider that it's hard to imagine her not being somewhere near the top in this years World Cup.

4. Grace Verbeke (7) (Topsport Vlaanderen - Ridley)
Bringing together vlaanderen's top female talent  and the regions "hometeam", Topsport Vlaanderen can't very well end in anything but success one would think? TSV is a project very clearly focused on bringing success for Belgium in London 2012, both on the track and on the road. To do this they've added Verbeke and established riders Liesbet De Wocht and Lieselot Decroix to their already talented roster. Verbeke is already showing that she has the form to repeat her win from De Ronde last year and if she can, that will probably be a season-saver all in itself for a flemish squad but she clearly has the potential to challenge Vos & Co throughout the season.

5. Emma Pooley (8) (Garmin - Cervélo)
The Evil Pixie goes into 2011 as a much bigger star than perhaps anyone imagined a year ago. While she was queen of the insane but successful breakaways already before, she turned into one of the most consistently powerful riders last year. With a slimmed down squad this year, Pooley will no doubt find herself in the role of protected rider more often and will also face more responsibility to bring in the results. No doubt her main focus will be on the Giro this year but she is a threat in any race with more than 10 meters of climbing in it. Barring injury she will be at the top of the World Cup standings at the end of the year.

6. Marianne Vos (1) (Nederland Bloeit)
Now this is the part where you all start asking yourselves if I've lost what little I had left of my mind. Marianne Vos, last years winner, the girl who cost 65 points in the WVDS, in fifth place? Clearly she should be in first place with a bullet? To that I have but one thing to say: Apeldoorn. Vos may be the closest thing we've come to a cannibal since 1975 but that homefield track-championships really screwed her as far as the WC goes. She misses Binda and who knows how competitive she will be in Flanders with her trainingfocus aimed at other things than long nasty cobbled races?  On the other hand, a two race head-start might be just what the others need to make the race even close considering Vos is fricking 24 years old and most likely still on a steep uphill trajectory.

7. Kirsten Wild (3) (AA Drinks - Leontien)
Wild is the heir-apparent to the power-sprinter throne once Teutenberg decides to wind down her career. Her last season on Cervélo was near perfect, benefiting from the best leadouts in the business. This year she has returned to the AA Drinks outfit and it remains to be seen if she can repeat last years success in the new surroundings? Her transfer has already started on a low note as she was tricked into signing with the team with arguably the best looking kit only to have them return to their dirt-ugly blue and green kit from a few years back. Bummer.

8. Chantal Blaak (12) (AA Drinks - Leontien)
22 year old Blaak was incredibly consistent in the big one-day races last year even if she wasn't challenging for the wins just yet. Judging by the start to this season she looks to have taken another step up and may very well win a WC race this year. The AA Drinks girls have multiple cards to play this year and the presence of the sprint-threat Wild could very well open up opportunities for Blaak & co. This could be the breakthrough of the year. 9. Martine Bras (15) (Dolmans Landscaping Team)
We're at place nine and I think we have mentioned seventeen dutch women at this point? Methinks Chris has been looking in the wrong direction in his search for dutch hegemony. As for Bras she's a speedy finisher who will have the backing of an all-dutch squad this year, because why would you ever need non-dutch riders? All dutch-signs points to her having a dutch-tastic season.

10. Noemi Cantele (17) (Garmin - Cervélo)
Cantele is like clockwork. Every other year she has a decent year and every other  year she has a great year. In 2010 she had a decent year so you can see where this is heading. Moving to Garmin and sharing leadership with Emma P should give her golden opportunities, especially given the quality of support she stands to get. Added bonus: PdC-interview-powers, albeit a bit old.

11. Annemiek Van Vleuten (6) (Nederland Bloeit)
Another bulgarian, I mean dutchwoman, coming off a great season. With all eyes on her Bloeit teammate Vos she managed a string of top results including a stagerace win in La Route de France against some absolute top competition. Look for her to thrive again in a squad that is even stronger on paper than last year.

12. Adrie Visser (9) (HTC - Highroad)
Are you kidding me? Another one? Yes. One would think it would be hard to carve out a place for yourself in a team as loaded as HTC but just like the men's team they are actually surprisingly good at making room and results for everyone. Visser is an exciting rider who can both go on the attack, like she did at Tour of Flanders last year, but she can also hold her own in a big group-sprint, especially after a hard race. If I wasn't so sick of the dutchies by now I would have ranked her higher.

13. Trixi Worrack (AA Drinks - Leontien)
German Worrack is more of a stageracer but she is coming off a lost season in the collapse of Skyter/Noris and is now on dutch powerhouse AA Drink. Depending on her focus this may land her some god results in the WC even if it's not her main priority. She's that good.

14. Ina Yoko Teutenberg ( HTC - Highroad)
Ina is always good for a solid number of sprint-wins and one or two surprise results won on brute strength. At some point though she is bound to hit a downhill slope and be forced to leave more room for the younger sprinters on her team and there is no shortage of them.

15. Shelley Olds (Diadora - Pasta Zara)
Olds is on a hot streak but she is a bit of an unproven card in the euro-peloton. With a strong Diadora team behind her she might be able to make an impact in the flatter World Cup races. Who knows but it will be an interesting plot to follow in 2011.

16. Evie Stevens ( HTC - Highroad)
With the development she has shown since joining HTC it's only a matter of time until Stevens gets herself into the perfect breakaway in one of the biggest races. She may not be the strongest finisher but with her power-numbers she will solo away to victory in Cancellara-style one day soon.

17. Giorgia Bronzini (Colavita Forno d'Asolo)
Clearly one of the top sprinters but has yet to prove that she can be competitive in the hillier races and is therefore destined to end up outside the top 10 in the overall. Don't be surprised if she wins a WC race though just to show off that pretty rainbow jersey.

18. Loes Gunnevijk (11) Nederland Bloeit
The current dutch champion had a great season in 2010 timing her two big wins perfectly, not only winning the national roadrace but also the home WC Ronde van Drenthe. My guess is she might have a good year but probably won't trump her 2010 season.

19. Charlotte Becker ( HTC - Highroad)
Moving from one powerhouse (Cervélo) to another (HTC) might be a smart move but it's hard to see Becker moving out of the helper-role. It's something she does incredibly well but it might not translate into a boatload of WC points. That said, those we see as doomed to domestique-dom at HTC have a tendency to break through massively before long so you should probably ignore what I just said completely.

20. Andrea Bosman (23) (SRAM - W.V.Eemland)
Choosing to leave  AA Drinks (Leontien last year)  this year because she was not content to retreat to helper-duties, the 32 year old veteran could very well feature at the business end of a few World Cups this year Her second place in the Omloop Het Nieuwsblad the other week was a good sign for the small dutch squad. Plus, she's dutch. From Holland.