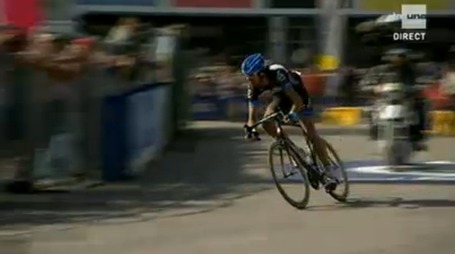 Garmin-Cervélo's Johan Van Summeren attacked out of a breakaway in the late stages of Paris-Roubaix and went clear of three fellow leaders in the Carrefour de l'Arbe secteur to solo home to a wonderful victory for the Belgian cobble master. Van Summeren was in the lead group that formed after the Forest of Arenberg, following a split forced by Lars Boom of Rabobank which eventually inflated to 21 riders. The main favorites hovered within a minute or so of this lead group until Fabian Cancellara took charge on the Mons-en-Pevele secteur, but his every move was matched and nullified all day by Garmin's Thor Hushovd, and Cancellara's chances dissolved in isolated angst... just like Garmin drew up the race with their signing splurge last September. Even in Paris-Roubaix, one strong man cannot outduel a team which places multiple riders in every phase of the race.

Cancellara did manage to escape Hushovd just over 3km from the finish and cut the 45" gap in half, caught chasers Greg Rast and Martin Tjallingi, and stomped it home in second place. Martin Tjallingi, on the attack all day, beat Greg Rast for third. Thor Hushovd came second in the gruppetto for eighth, but he did so happily in light of his team's breakthrough success, winning only one classic but by nearly all (non-Flemish) assessments the biggest of them all.

Quick Step endured a nightmarish day when Tom Boonen got a mechanical problem in the Forest of Arenberg, then crashed out of the race in pursuit of the peloton. His teammate Sylvain Chavanel crashed twice and suffered mechanical issues too. Filippo Pozzato was the other big name to go down and out in the later stages of the race. 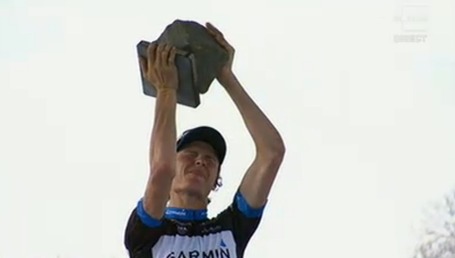