To quote great and the late Frank Vandenbroucke, "Toduy was a great Duy".

Well, at least it was for Vanderkitten- Focus Women's Cycling Team. In the midst of a sensational Spring classics season, whilst the toughest of tough men have been throwing themselves over ancient farmland roads and joyously proposing to their future wives through mud and tears, a new generation of hardened, adventurous athletes have been duelling on the same roads that added layers to the legends of ProTeam Riders like Horner, VandeVelde and Botero. 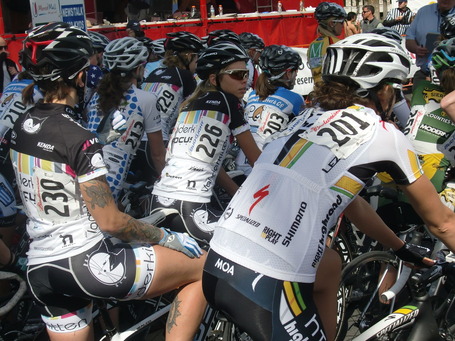 'Cept these athletes, like their Redlands Classics counterparts before them (Neben, Thornburn, Jackson and Pryde, to name a few) are lasses. Not big burly blokes like your Schlecks and Van Summerens smashing down the road, but dainty two wheeled princesses bumping shoulders, attacking bergs and doing all the other things that Uncle Bike Racing calls of from its athletes.

The good things that happened toduy? Well firstly, it was a sunny day in Northern California, and Vanderkittens, chicks, dudes and active people everywhere could go out and ride their bikes. Thats good.

Secondly, Vanderkitten-Focus' Aussie Director Jono Coulter was interviewed by Podium Cafe's own Gavia. Now thats always good, especially if you like giggles and a pure, heartfelt affirmation that as cycling enthusiasts, we are following THE best sport in the world! Is Gavia, is Good. And it was Jono who was giggling.

Thirdly, the collectively creative duo that is your latest PdC blogteam, Jazzy and Ems, now have access to being able to storytell on PdC. Thats very good- although this vid may not prove that:

Emily Collins (the Kiwi on the Right) was with Swabo Ladies Team in Holland in 2010. This year she is the New Zealand U23 National Champ, won the white jersey at the UCI NZCT Women's Tour and has twice been 4th behind Ina Yoko Teutneberg at USA races with Vanderkitten-Focus. The latter fact just turns her usually easy going, deceptively complacent manner angry. Jazzy Hurikino (the Aussie on the left) won 3 races in the USA in 2010, and is back to build upon that and live her dream of racing in Europe- with Philly along the way.

So although the above video does nothing to affirm this, the two foreign riders on one of the most formidable Criterium squads in the US actually are reasonably articulate storytellers. In the coming weeks and months Jazzy and Emily, with cameos from their teammies Starla, Jen X, JenDub, Anna, Vanessa and Maura will be chatting, interviewing, blogging and videoing what its like to pack your bags for 8 months of a year and race your bike on the other side of the world for a living*.

It may not be Flanders in spring or France in July, but it sure is bike racing at it's purest, rawest form. Kitty Meow that. 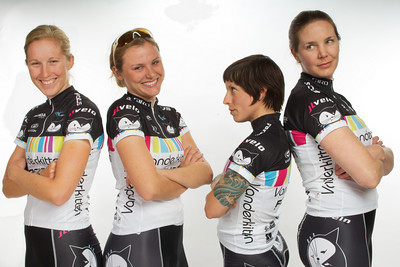 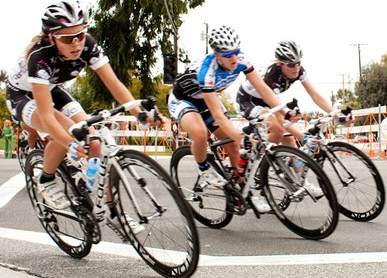 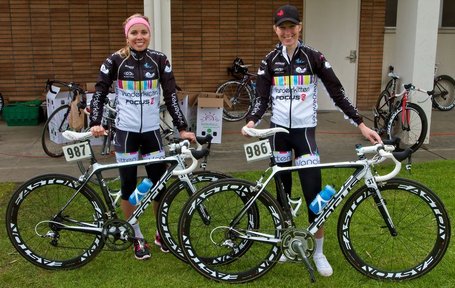 *living- more to do with your life than your salary..