Share All sharing options for: Team Training Camp in ITALIA!

It’s been a while since I wrote my last blog, but in my defense I’ve been very busy riding my bike! Haha yes… riding! I just came back from an intense training camp in Riccione, Italia with my team. I have to say thank you to Jamie Burrow and Valentina Giubieli for being amazing hosts in the Hotel Villa Plantani. 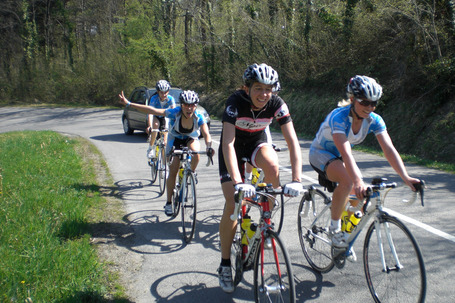 I arrived in Bologna and I had to take a bus and then a train to get to Riccione, it was a bit chaotic with the bike and all my luggage! (I’m very small and traveling like that is super complicated haha) but when I arrived in the Hotel all the effort I made to get there was worth it.

Stef was waiting for me at the train station and the hotel was only 3min walk away, when we arrived at the hotel it was a bit late at night and Valentina was very friendly the check in was super fast and easy, then I found out Annie Simpson was going to be my roomie along with Ruby Miller and I was excited!

The hard work started since the first day, it was a nice change from Holland! The weather was perfect very sunny and hot, special weather for a bike ride! Everyone was in a great mood and with great attitude till the climbs started!  The roads were not perfect but the climbs were amazing and the view we had in the top of every climb was even more beautiful. We did an average of 100km every day with very long climbs and I can’t remember how many efforts and sprints we did in every climb! 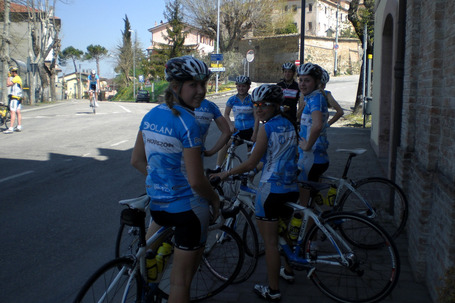 At the end of the first week we were all very tired but we had a nice band playing live at the hotel and we finally had fun without our bikes! The whole experience was great, it was the first time that I met my teammates and I really like all of them, sometimes I have hard times because all my family and friends are in Mexico and I miss them a lot so it’s very nice to be a part of a nice team because they make me feel like home again.

The second week was very hard, I got a bit sick so I couldn’t train as hard as I wanted but by Wenesday I was feeling strong again and it was perfect timing because we had Team Time Trial training, we were getting the line up ready for Luxemburg (Helen Wyman, Claire Thomas, Annie Simpson, Dani King, Joanna Rowsell and myself). Dani is current Team Pursuit World Champ and Jo has been World Champ in the same event many times! They have loads of experience in this kind of events and Helen, Annie and Claire are in great form so the team is looking for a good result in that race. 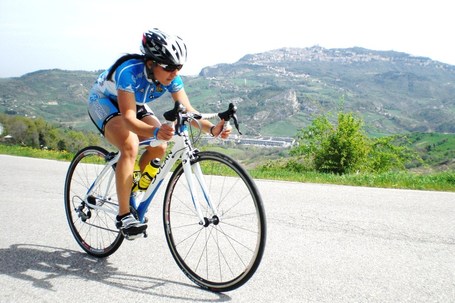 The way back was super hard, I had to say goodbye to sunny Italy and travel again with all my luggage to Bologna’s airport by myself. I will miss all of my teammates but I will see them often during the season.

My first race is this week in Belgium and after that we go to Luxemburg! 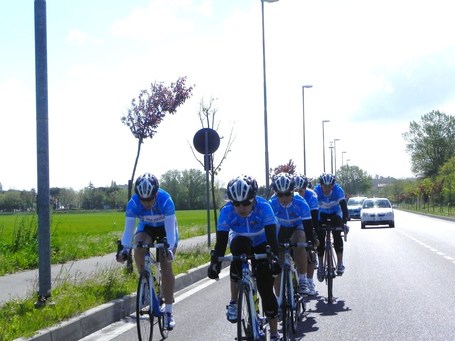