Share All sharing options for: Possible Route Change for Tour of Cali 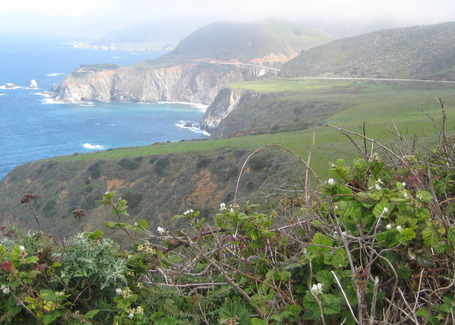 In the Imagined California, the sun always shines, the palm trees blow gently in the breeze and beautiful women lounge on the white sandy beaches. What? You mean it's not actually like that here?

Last winter was quite rainy by California standards. (Which was weird because we were supposedly in the La Niña dry cycle? Weather people, telling lies, all lies. But I digress.) Anywho, the wet winter has caused landslides in the steep, unstable coastal mountains. The coastal mountains, they're cute young things and rather loosely glued together.

What does geology have to do with the Tour of California? According to the San Luis Obispo Tribune, the race may need to alter its route to accomodate a landslide south of Gorda on the scenic Highway One. Caltrans estimates it could take over a month to repair the damage and reopen the road. The Tribune is a bit over-exuberant in its headline. The race is not really in jeopardy, it just may need to change its plans.

CyclingNews reports that AEG is expected to make a decision by the end of this month on the stage route. Certainly, the geography makes finding an alternate route difficult, as the coastal ranges bump up directly from the ocean and there are few roads through the mountains to the inland town of Paso Robles, the current stage finish. No doubt the organizers are hoping CalTrans will finish ahead of schedule.