We've only got one week left of the women's Spring Classics season, and over the Easter weekend we have FOUR UCI-rated races!  The main theme of the weekend is that it's time for the sprinters to shine, as they begin preparation for the sprint-tastic World Cup, Tour of Chingming Island in May.

Races in the Netherlands, Belgium, Italy and France - so who'll be where, and what do we know about the races?  Below the jump I'll give you some information about who's where and what the races are like,but here's a report from last year's Omloop van Borsele, which will have a live ticker for the race (ooh!)

Check back here for results and how the races played out - and anything else the combined genius of Podium Café finds about women's racing in the next few days...

EDIT!  Want to know how the races are affecting vds scores?  See Jens' post with the scores after Borsele & Roeselare and  Results after GP Liberazione & Pujols

Wikipedia describes the best-known features of the Borsele area as a nuclear power station and radioactive waste dump, but they're wrong - it's home to a cycling week that includes a junior boys' race (24th April), a four stage race over three days for junior girls (22nd - 24th April) and the Omloop van Borsele, the third round of the Topcompetitie Vrouwen series.  It's one of the easiest races to find information about, as the organisers really work hard for us, with live tickers for each of the races, and static finish-line cameras, posting videos to their youtube.

The women's race is five laps of a 24km circuit, 122km in total.  It's nothing but flat, being part of the south-western province of Zeeland, most of which was reclaimed from the sea by those clever Dutch engineers.  It's not a particularly technical course, and last year's race had all kinds of attacks, firing off right to the very end - one of those races where the simplicity of the course just gives opportunities for massive attacks. 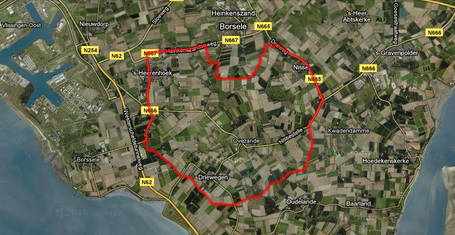 The sprint queens on the startlist this year include last year's winner, Kirsten Wild of AA Drink-Leontien.nl, Lotto-Honda's Rochelle Gilmore, and Garmin-Cervélo's Lizzie Armitstead - with Emma Johansson there to get her sprint legs ready for the next World Cup.  Ina-Yoko Teutenberg won't be defending her Topcompeitie lead - wielerland says she's having a few weeks off for dental surgery (What is it with HTC super-sprinters and the dentist?  Though I'm guessing Teutenberg has a better excuse than Cav did....) but she has some great substitutes in Chloe Hosking and Adrie Visser - and Nederland Bloeit are fielding a team featuring Sarah Düster, Emilie Aubry and Emma Trott (Emma's sister Laura, who won the junior girls' stage race last year, is also racing, for MovingLadies) - although the Borsele website also reports that Marianne Vos will be riding, even though she's not on the startlist.  Others to look out for include Skil-Koga and the Australian and USA national teams.  The race starts at 14:00 CEST, and the ticker will be available from the homepage

From southwest Netherlands to West Flanders, and the biggest race of the weekend, in terms of UCI points.  Prijs Stad Roeselare seems to have a very similar startlist to Borsele, only with Ina-Yoko Teutenberg for HTC and Annemiek van Vleuten for Nederland Bloeit....  I'm not sure how accurate this is, given that Teute isn't racing Borsele - but Horizon Fitness will definitely be there, starring Café correspondent Nancy Arreola! 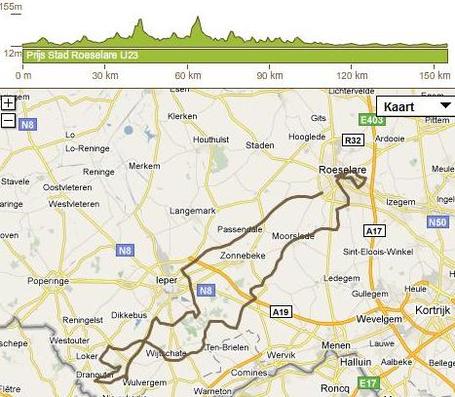 So while half the sprinters are over in western Europe, where's the current World Champion, Giorgia Bronzini?  Celebrating the overthrow of Mussolini's Fascist Government, by racing the GP Liberazione in Rome Crema, Northern Italy, alongside the current Italian national champion and last year's winner, Monia Baccaille, Diadora-Pasta Zara's Shelley Olds, Vaiano Solaristech's Rasa Leleivyte and pretty much the entire Italian side of the peloton.  National pride and bike racing make for a great mix - and Bronzini, who seems to like the odd years for this race (she won in '07 and '09) will have the added incentive of the rainbow jersey to give her wings.

EDIT!  Thanks Civetta for finding out the information!  There's no website, so I got a bit confused with the men's race that happens in Rome on the same day (they ride 23 laps of a 6km circuit)

Civetta says the race is 123km on a flat circuit of 10.3 linking the town centres of Crema and nearby Pianengo - she's put more information about other teams attending in the comments - there's no women's startlist that I can see, but here's what CyclingFever have...  If anyone else has any information about the race, please add it into the comments - and I'm guessing Cicloweb will be the best place for finding out the news after the race.

If you can't tell by now that I'm missing Monty very much, I am....  the final race of the set is the second round of the Fédération Française de Cyclisme's Coupe de France.  OK, OK, this one isn't sprinty - according to the FFC description of the race, it's 5 laps of a 13km circuit (including a difficult descent and a 6% climb) and then a 10km circuit that includes the 13% Mont Pujols.  Last year it was won by the phenomenom that is Pauline Ferrand-Prévot and although I can't find a startlist for this year's race, I imagine she'll be there, along with the French teams of the peloton.  Gwéna is most likely to have more information before the race - and be the first to have results and post-race information....  EDIT: she's just posted a startlist

So that's the racing! Hectic! Here's to a great long weekend of safe and exciting racing, with lots of video coverage.  Happy Easter everyone!