Year of the Belgian?

Share All sharing options for: Year of the Belgian?

What a difference a year makes. Last spring, when I was on hand, the media were very polite in their remarks toward foreigners and how they liven up the spring classics, while lamenting day after day that the local boys had won absolutely nothing until Seb Rosseler, riding for Lance's Shack, broke the duck in Brabantse Pijl. Even adding Philippe Gilbert's win in Amstel, the season was a received at home as an apocalyptic failure. 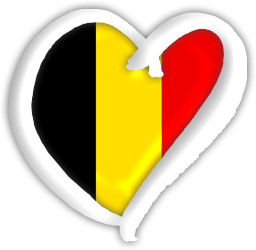 And now? Sporza is yammering on about the Year of the Belgian, Eddy Merckx is saying Philemagne can maybe think about winning the Tour, and a world championship appears to be only a matter of time. Hopefully no more than about five months' worth. According to the gnomes, The Cannibal had this to say:

Gilbert is 28 now and reached its absolute peak. If it is lighter, and he dedicated himself to, he may participate in the high mountains and he can ride a good Tour. I think it should be possible.

In fairness, these comments apparently were made at a reception for Gilbert, where much drinking was going on. Kool aid? Perhaps, though beer can have the same effect when taken in combination with several large chugs of success.

That's the future though. Before we jump there, let's reassess the past.

What makes 1976 special is that every single one of these landmark races was won by a different Belgian. Merckx was about to retire, and nabbed only MSR, while Walter Planckaert succeeded the Cannibal in Flanders, Marc Demeyer won Paris-Roubaix, Joseph Bruyere won L-B-L, and Roger de Vlaeminck won Lombardia. Add in Maertens' rainbow and Van Impe's lone maillot jaune and you have Belgian nirvana... hey, there's even a Wallonian in there! [Or so I think; all I can find on Bruyere is that he was born in Maastricht, so who knows.]

With no grand tour wins likely this year, in the final event the season may look an awful lot like 1975, when Francesco Moser's win in Lombardia broke up the hot streak, and Belgium's success wasn't spread around too far beyond the considerable grasp of Eddy Merckx. Lacking in grand tours, Belgium did pull off the sweep of the Ardennes and Cobbles, winning the lesser Wednesday races and Amstel to go along with four of the monuments. Already, with Gilbert playing Merckx, the parallels are striking and will be even more so if Philemagne wins in the  Falling Leaves. Should Gilbert (or another countryman) win the worlds and Lombardia, you can put this right up with the best seasons, ahead of 1975, though not quite up to 1976 snuff. For now, it's in the top ten seasons by any country since 1960.

Adding... all of this is being done with minimal contribution from Tom Boonen. It was Boonen, most recently, who was being discussed as the savior of Belgian cycling, a rider strong enough to maybe grab a few other wins away from the cobbles, at least before we shifted to talking of Cancellara winning the five monuments. Boonen is what he is, and is not a mountain climber, but it's remarkable that the country's biggest star (until now) has contributed only a single minor win to this historic effort.