This week the women’s peloton decamps en masse (apart from the holidaying Marianne Vos who celebrated the first weekend of her May break by, erm, riding and winnning the Omloop der Kempen ) to the Yangtse Delta in China for the Tour of Chongming Island 3 day stage race and the Tour of Chongming Island World Cup race, one of the most spectacular but also most frustrating race meeting of the year. You want to see the spectacle? Check out these photos from last year over at Cycling News compared to which the podiums at some European races look like a collection of differently sized buckets from the pound shop. And who else gives you dragons and twelve-foot high chickens, and an associated Green Chongming, Carnival Zero with a chance to go fishing when you’ve finished? Yet for us it’s usually a frustrating race because they genuinely seem to stage it for the home audience, and news only seems to trickle out via that mythical slow boat.

If you want to describe Chongming Island in one word then that’s easy. Flat. Think of the Netherlands without the dykes, dwelling mounds and grassed over rubbish tips. Then go flatter. And some more. It’s also not particularly large when you start trying to squeeze in a bike race: 80km from end to end and just 18km wide. Highest point? 4.2m. So we should applaud then ingenuity with which the organisers have managed to find four separate courses. Read on for the details.

Day one of the Tour of Chongming Island is the Chongming New City Cup, the new name for last year’s Chongbei Road Race which covers 73.4km on a circuit at the eastern end of the island. 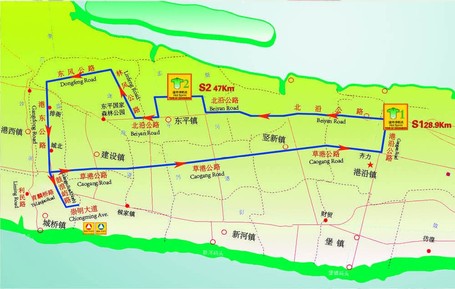 Day two is the Chongming Industrial Zone Cup, an extended version of last year’s Chongxi Road Race which is now 118.4km around the western end of the island. 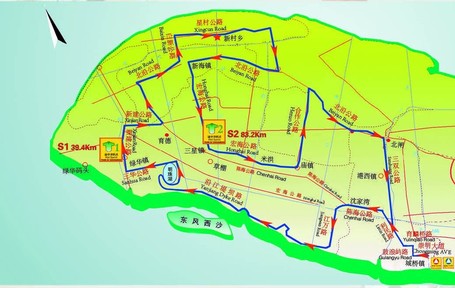 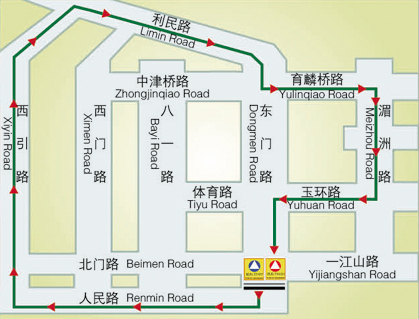 Then after a rest day it’s time on Sunday for the Greenland Group UCI Women Road World Cup of 136.3 km which takes in the spectacular, and Cima Coppi for this week, Shanghai Yangtze Bridge (or if you prefer the director’s cut. 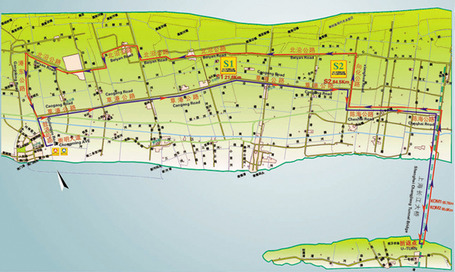 Last year we saw a very very close head to head between Ina Teutenberg and Kirsten Wild. This year Kirsten won’t be riding, so we’ll be looking to Rochelle Gilmore, Giorgia Bronzini and Emma Johansson to be fighting for the other podium places. CJ has put together a nice preview over at her WomensCycling.Net where she also goes through some of the maths over who might replace Vos at the top of the World Cup rankings. Emma Johansson has posted a few photographs from her training and acclimatisation ride, and USA rider Jessi Prinner, freshly recovered from losing assorted parts of teeth and face at the Energiewacht Tour has begun posting updates via her club. I’ll add anything else below, as and when I find it.