Giro d'Italia, On the Scene at Stages 1-4

Share All sharing options for: Giro d'Italia, On the Scene at Stages 1-4 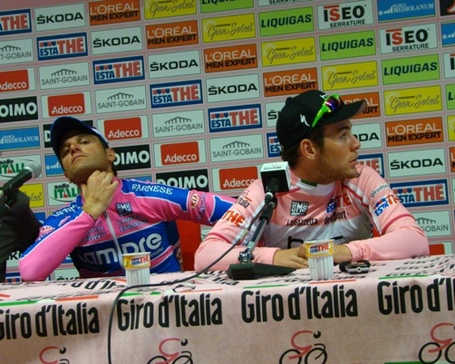 It's been a rough couple of days at the Giro, so I haven't posted in a while, but here are a few shots from the past four days.  Now I'm off to Orvieto, where I hope to have time for a short ride before the stage finish.

Just after finishing the cronosquadra, Pinotti stopped to watch the press tent tv, to check out Garmin's time. 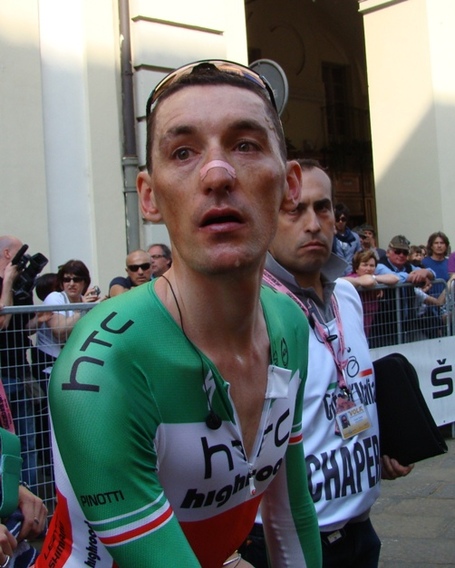 HTC Highroad on the podium after the ttt win 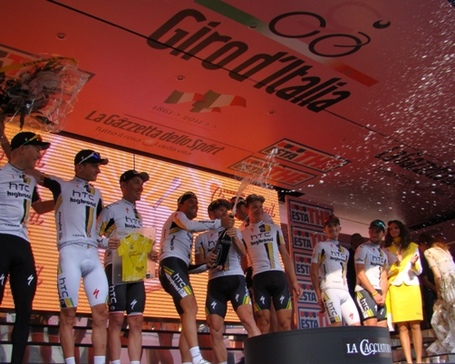 A few more shots from the Cavendish/Petacchi press conference after stage two: 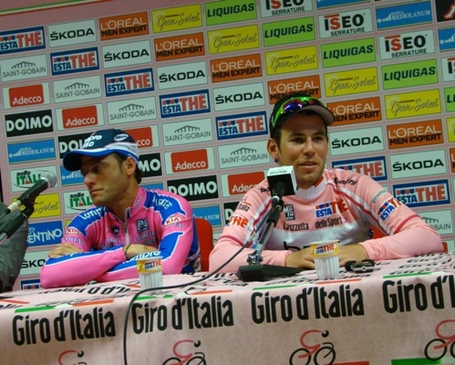 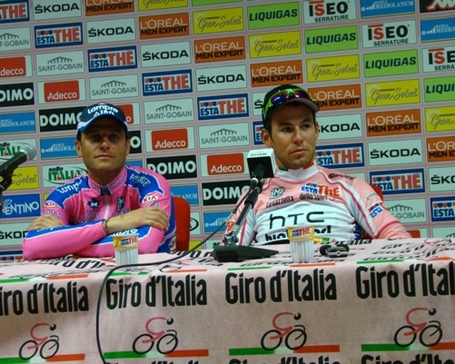 At the start of stage 3, Machado, still in his slippers, was one of the first to sign in. 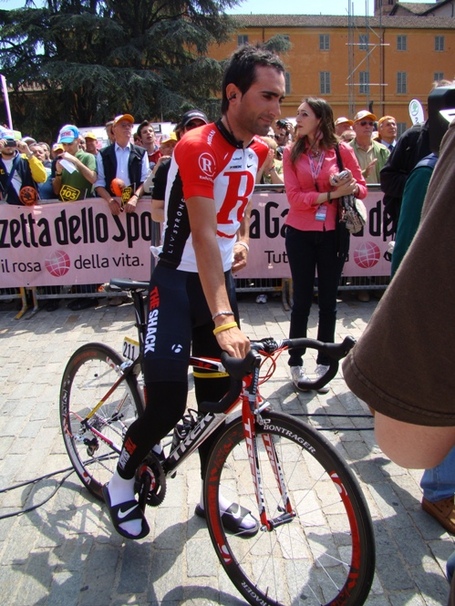 Beppu looks for directions to the sign-in area 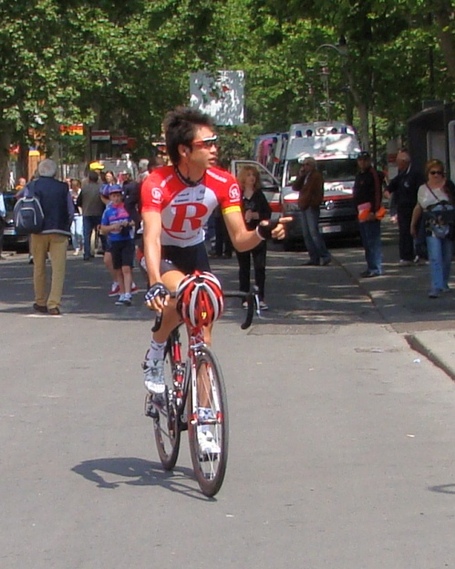 Lampre riders, and Visconti and Petacchi, make their way to the sign-in 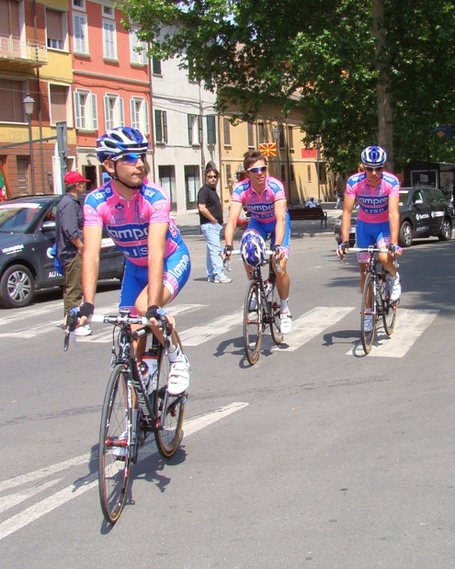 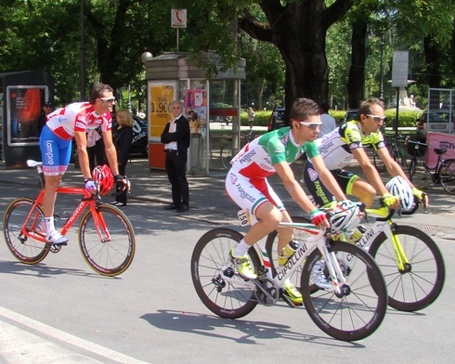 Cataldo puts some sugar in his coffee in the start village 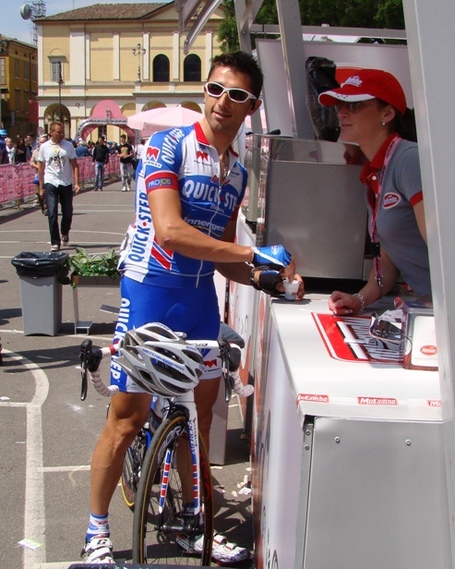 In the start village, Cipollini clowned around and then had a long chat with Hondo and Petacchi. 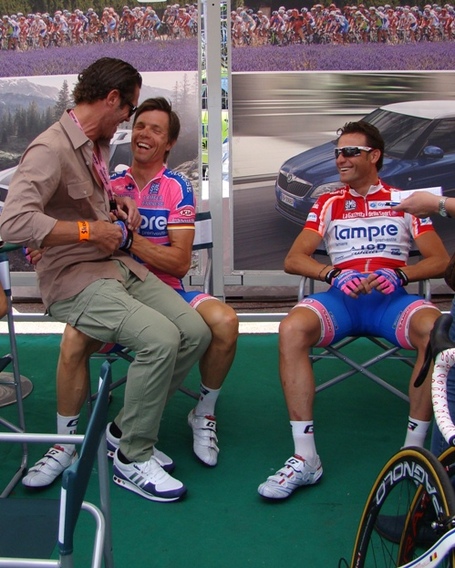 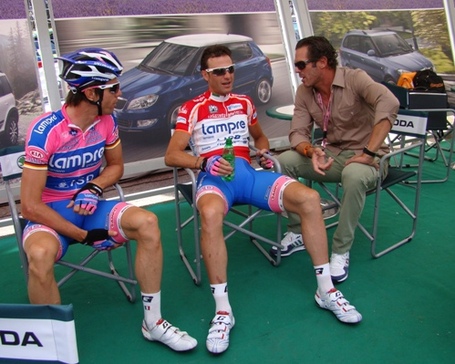 In his role as consultant for team Katusha, Cipo stopped Rodriguez for a chat, and didn't seem happy with the tires Rodriguez was using. 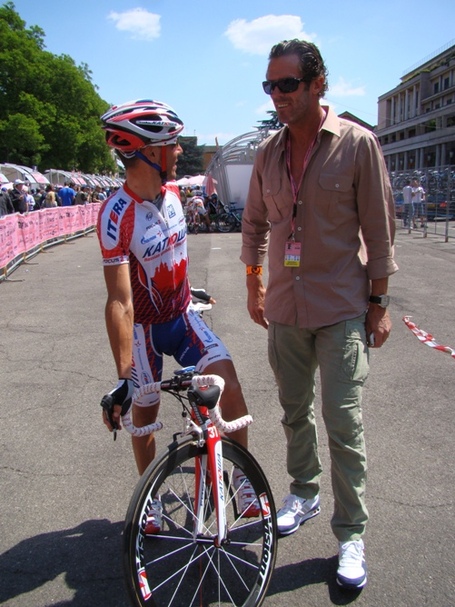 At the finish line yesterday: 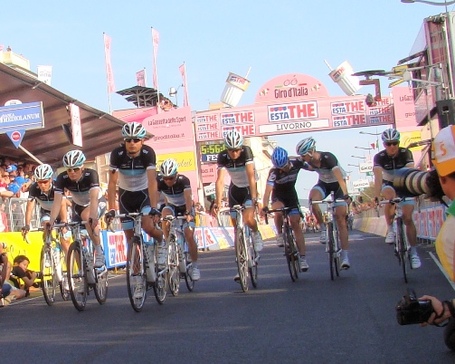