Share All sharing options for: The Big White Elephant in the Room - the Portrayal of Sportswomen in the Media

"A report by the Australian Sports Commission showed women's sport receives only 1.2% of all air time devoted to sport; in newspapers the coverage was 4.5%."

And when sportswomen DO receive media coverage, emphasis is more commonly placed on their personal lives rather than their sporting achievements. In addition, mention is often made on femininity and what women look like when they play sport, and this is deemed to be more important in the media then what they acheive on the sporting field. For example, Liz Hatch.

I recently partook in a photoshoot to help promote my newsponsors and to hopefully assist in attracting further sponsorship.

In planning for the photoshoot, I was asked what 'type' of shoot I was after. The first thing that crossed my mind were recent photos I saw of the 'Cycle Passion' girls and other renowned women cyclists who had just posed for a variety of Men's magazines. Seeing those shots, my initial thoughts were  'DANG, those girls look hot!!!' and I would be lying if I said I wasn't a little jealous of their beautiful physiques! Willow Koerber and Heather Irmiger posing for CyclePassion.

But thinking about it for a bit longer I realised that as I am still trying to make a name for myself and climb my way up the ladder in the World of women's cycling and I'd much rather be known for my achievements on the bike as opposed to some raunchy shots i'd had taken. I'd like to think anything i'd gained from the shoot was because of my athletic ability as opposed to looks/controversial actions.

It was based upon this thinking that I decided to take a more 'fashion editorial' take to the shoot rather than the 'let's take half my clothes off' approach. Don't get me wrong, i'm very proud of my athletic physique and would loved to, just like every woman, be portrayed as an object of desire - but i'm only 20 years old and lets face it, you got to leave some things to the imagination ;) 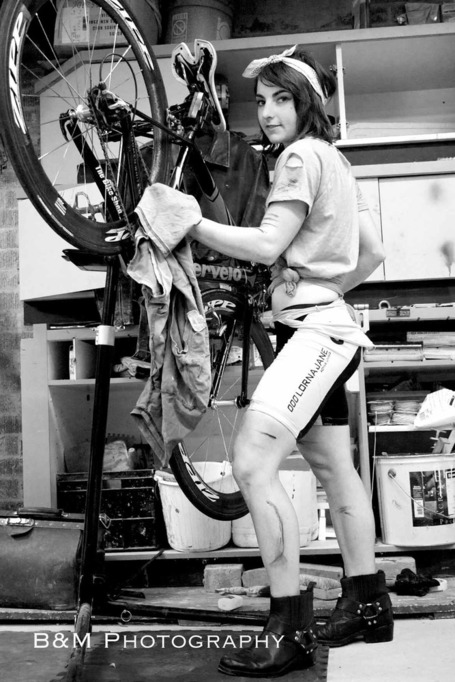 Which leads me to the point of this post and its a question out there for all you readers - what do you think? When is a right time, if any, to pose for men's magazines and do 'raunchy' shoots like many of the women in the cycling world have already done? Do you think it is appropriate? Does it detract emphasis on their athletic achievements, and therefore do these women more harm than good?

I respect all of these women pictured for doing that they have done, for whatever their reasons and this post is no way intended to slander them. They are all very strong, independent and accomplished women. I am not ruling out doing a this style of shoot in the future, but it won't be until after I make a name for myself and am respected for riding a bike faster than most women :) 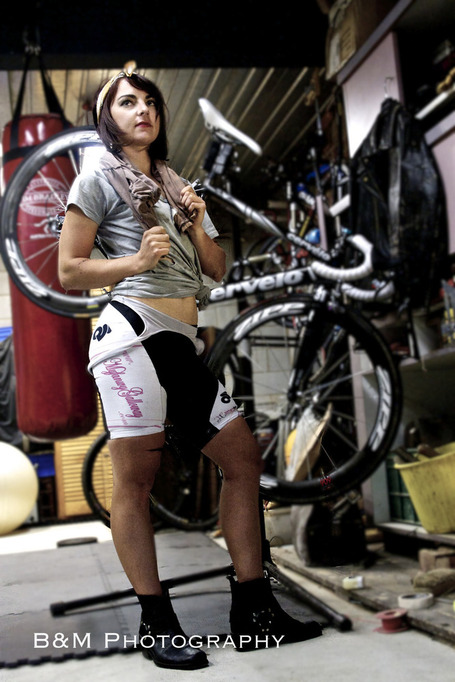 Quick note from Gav: Since we don't own the rights to the Hatch or CyclePassion photos, I have changed them to links rather than publishing the actual photos. This is not some sort of censorship or anything, promise!