Share All sharing options for: Cupid Strikes in Fiuggi

It is the Giro, after all. Why should the Hell of the North have all the fun? From Tuttobici, via the gnomes:

Valerio [Agnoli, of Liquigas] has pushed his girlfriend, pulled out the mythical box with the ring and asked her "Will you marry me?". Obviously the girl blushed, incredulous, because so far Valerio had always been reluctant to talk about marriage and orange blossom. Instead Agnoli knelt before her and he slipped the ring on her finger. 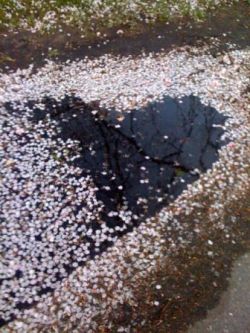 For the record, Agnoli finished 29th on the stage, smack dab in the middle of the 80+-rider finishing pack. My first instinct, being a very small person, was to chastise him for not winning, after the extremely high bar set on bike-race-related marriage proposals at Paris-Roubaix. But I believe I saw Agnoli in on some of the last-8km attacking. It's hardly his fault that in the end it came together for the sprinters, of which Agnoli isn't one. From what I gather he's more of a hilly classics guy, which would explain why he was deceived into thinking this "looks like a cool stage" was the day to drop the bomb. But as much as the Giro loves these "anything can happen" stages, "anything" includes "a boring finale." So much for true romance.

"Valerio, Vincenzo Nibali and his girlfriend, who is my friend, made ​​me choose a ring, saying that it was for the mother of the girlfriend of Vincenzo, which would have celebrated 25 years of marriage. Now I find him this ring on [my] finger."

Respect. Now the story has love, conspiracy and deception, at the highest levels of the sport (Nibali). Plus, Agnoli has nerves of steel if he can pull off the "let's go pick out a ring... for someone else" move. I think this kid has a future in the classics.

Just another day at the Giro d'Italia.