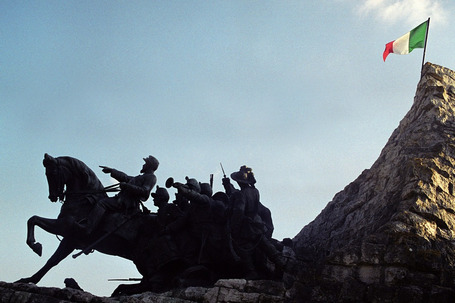 Bumpy ride from the beaches of Abruzzo to the hills of Le Marche. This is purely meant as a transitional stage, and the endless ups and downs should fit the billing. The climbs aren't especially long or hard, but they exist, and the last 3km should sort out the pack pretty significantly.

Actually, this stage's real purposes are twofold. First, with neither the sprinters nor the general classification riders taking an interest, this stage gives the long-range attackers and classics types a reason to be in the Giro. Secondly, you probably heard about how the course was intended to pay respects to the Risorgimento's 150th anniversary? Well, the Kingdom of Naples was one of the bigger obstacles to a unified Italian state, and one of the main battles was fought in the area around Castelfidardo, ending in Ancona, and in a victory by the Sardinian Army over French forces allied with the Papal state, which wasn't too keen on being a small fish in the big new Italian pond. I'm not too clear on the details, but I believe the Sardinian Army captured all of the Campagnolo components being horded by the papal army and used them to ride swiftly, without stopping to change gears, all the way to Bari. And with that, the Kingdom of Shimano was forever subdued.

Stage Battle: Almost impossible to predict, but I'll toss out a few candidates. Filippo Savini leads the KOM competition, and while Cat-4 climbs aren't worth a ton, four of them add up. Stefano Garzelli will be itching for a stage win, though at 2:39 he won't get a long leash. For Garzelli to win he would have to escape from the pack in the closing phase of the race. Really, the guys to watch are the ones who form the big break, and even they won't know their identity til the race happens.

Maglia Rosa Matters: Could be intriguing. One possibility is that Contador lets it go to someone who is in the big break and is close enough on GC to pull it off, but who isn't considered a threat on the major climbs. Another possibility is that Saxo refuses to chase every break by itself (and everyone else in the race is done helping Saxo), so when some dangerous guys get away, they are let go.

Key images on the flip! 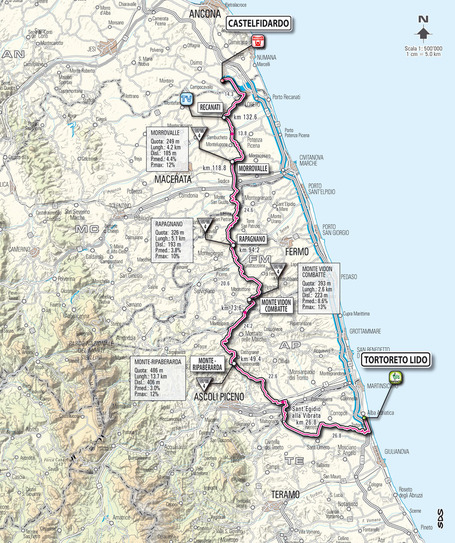 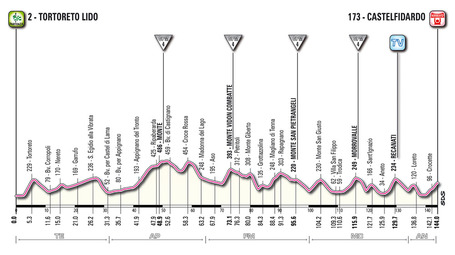 Castelfidardo photo via upload.wikimedia.org, used under a creative commons license.