from training to racing

Share All sharing options for: from training to racing

After a hard training camp in Italy the whole Horizon Fitness RT was ready to start racing. We were all ready and excited to do our first race of the season together as a team and see all the hard training we've done was going to work in the races.

I did my first race with the team in Belgium a few weeks ago, my teammate Dani was in the breakaway and finished 3rd and Hannah won the bunch sprint for the 5th place, it was a good day for the team.

The next race was GP de Roselare, (that was my first UCI race!) It had a few hills and cobblestones, probably not the best kind of race for me. Is hard to adapt to the style of racing in Europe, the roads are too small and the peloton is so big, I was too scared to be in the bunch so I was always at the back, people were getting dropped and I had to chase the bunch back too many times till I couldn’t catch them anymore. It was a good experience tho! 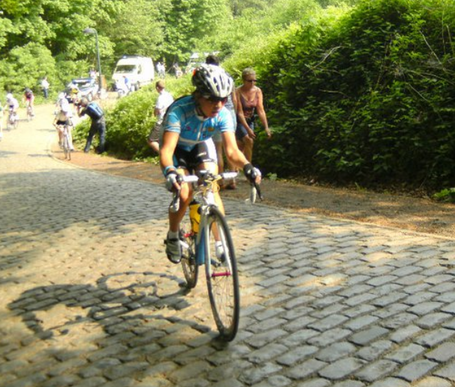 After that we went for a block of racing in Luxembourg, we did 3 days of racing there (a team time trial and 2 road races). Its only 2hrs away from where we stay in Belgium (Oudenaarde) so we went by car the same day of the race but we were not expecting to be stuck in the traffic for hours! We almost don´t make it to the race, we did almost 5 hours instead of 2 and we were all tired from the trip. We did a few laps to see the circuit and didn’t had time to do a proper warm up for the race, it was also at night and starting to rain! 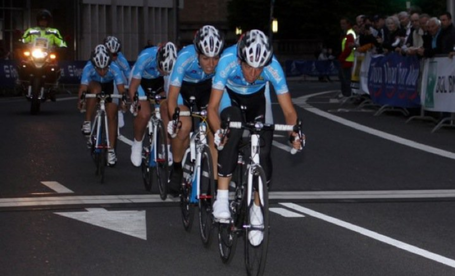 At the end of the day we finished in 5th place out of 25 teams in the race, an amazing performance by the team! (Dani King, Jo Rowsell, Annie Simpson, Claire Thomas, Helen Wyman and myself). We were super happy that night after having such a long and stressful day and we were ready for the next day.

The next day was a hilly road race and again I was too scared in the bunch and same story of Roselare happened again... so the last day I was ready to go for it and lose that stupid fear and it started well, I started riding in the first positions of the peloton (even tho it is hard, its way easier than being in the back!) everything was ok till we arrived in the final circuit, it had some hard climbs and don’t get me wrong I love climbs! But someone pushed me and I went out of the road and my chain dropped so I couldn’t go back to the peloton again.

It was a good experience of UCI races and definitely learned my lesson went back to Holland and did some good training rides with my boyfriend but I had an annoying pain in my back, I had a bad back injury because I'm a tiny little girl and my bike is too big (or am I too small for my bike?) the pain was killing me during rides and even off the bike so my DS (Stefan Wyman) told me that I needed a rest from riding and racing. 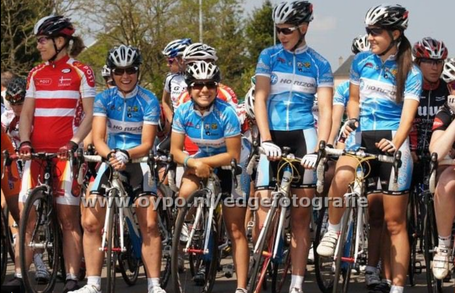 So I went to the chiropractor, he helped a lot to reduce the pain but I needed to take some rest aswell... thats the hardest thing I've ever done! I just love riding my bike, it is something that I really enjoy! a  nd not being able to do it completely sucks! specially when it is basically the only thing I do all day! haha those days were so hard and I was only looking fwd to go back to training.

I still needed to change my bike position so I came over to Helen and Stefan Wymans house, we were working in my bike position the whole day and finally found the perfect one. I also did a nice ride and it felt so nice! I will be staying here with them till saturday, we have a race here in Belgium and it will be the first race after my little break so I am a little nervous!

After that I have a few more races in Belgium, Holland and the UK and I will be fit and ready for my National Championships in June, they are going to be held in Jalisco, a lovely city in the center of Mexico. Thats the same route of the PanAmerican games this october, a very hilly course that is more likely to end in a little bunch sprint so I am really looking fwd for a good result there and make it into the National Team for that race and the World Champs.

After the Nationals I come back for another block of races in Europe till the season ends in october so this is going to be a long and exciting year, hopefully without any other injuries! :)