Who's who in the Tour of Cali women's Time Trial

Share All sharing options for: Who's who in the Tour of Cali women's Time Trial

The Tour of California's women's time trial has probably been one of the most talked-about races of the season - and evidence that sometimes, if fans aren't happy about things, race organisers will listen and make changes.

So tomorrow it's time for the actual race - 13 riders specialising in road, track and triathlon, who ride for American-ish teams, representing 5 countries and racing for a $10,000 pot - and it will apparently be featured as part of the Versus TV coverage - with the feed shared with all the other TV companies as usual, so we should all get to see it.  The women will ride the same 15 miles (24km) course as the men in Solvang, at 11:30, an hour before the men's race starts (and I have to admit, it WILL be interesting to get a compare-and-contrast!  As long as the prize money wasn't based on it, and of course, with all the caveats about it not being a fair comparison, I would LOVE to know how many of the men the world-class women can beat!  Especially how many of their male team-mates the riders from HTC-Highroad and Garmin-Cervélo can beat!)

Below I'll tell you who's riding, and what we know about them - and of course, anything YOU find about the race, add it into the comments!  As usual, that will be the place for results, photos, blogs, videos and anything else we find!

So, with 13 riders responding to the invitation, who do we have?  I'm going to be brave (stupid) and start with the riders I'd expect to see at the top of the rankings after the race.  Feel free to point and laugh afterwards... 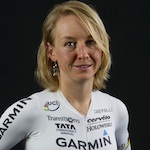 If it weren't for the fact that this will be the first race she's ridden since she broke her collarbone just before the Fleche Wallonne, Pooley would have to be the favourite.  She's the current World Time Trial Champion and ITT silver medallist in the Beijing Olympics, which she combines with killer climbing abilities, insane breakaway skills... and a PhD in geotechnical engineering in the off-season!  Her form has been spectacular this year, up until her crash.  But we don't know when she arrived in the USA, so if there's any jetlag, or how long she's been back on her bike....

Like Pooley, Neben has been a World ITT Champion, in 2008 - and like Pooley, she is a rider who's been interviewed by our own Gavia, which always is a bonus (Neben's interview is here - Pooley's is here).  She's had a dramatic career - including a suspension for doping (contaminated products, agreed the USADA panel), overcoming skin cancer,  numerous crashes and her team 2010 collapsing - but she's back in the pro-peloton, where this year her time trial wins contributed to her winning her USA-based races - the San Dimas Stage Race and the Redlands Classic - and she was part of HTC's conquering TTT team at the City Trophy Elsy Jacobs...  She'll want to win at home, so look out!

EDIT!  Neben is being hardcore, riding the Chrono Gatineau on the Thursday (she came third) and then immediately hopping onto a 'plane and flying to Cali, so she may be a bit tired.  But still - huge respect to her! I love that kind of rider!

Mind you, Neben's team-mate, Evie Stevens, will give her a run for their money.  She only started cycling in 2007, leaving a high-paying Wall Street job behind her, so she doesn't have the long palmares of a lot of the riders here (you can read all about her in Gavia's interview with her - and you really should, because this woman has a fascinating story).  She'll be the one in the stars and stripes of the USA Time Trial Champion, and she came second behind Neben at Redlands... 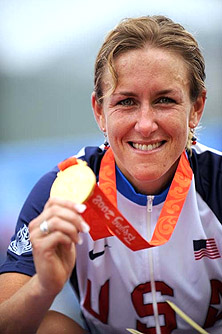 Armstrong won the World Time Trial Championships in 2006 and 2009, and was Olympic gold medallist in the TT in 2008.  She retired at the end of the 2009 season, to have a baby (she and the team do post adorable photos of baby Lucas turning up at races and generally being part of the team) - but the call of the Olympics is a strong one, so she's back!  She's racing with PB2012 on the USA domestic circuit this season, where she won all three stages (and of course the GC) of the Sea Otter Classic - so this is a chance to benchmark her against some of the European-based riders

Tara Whitten is a total track superstar!  She's the current and 2010 omnium champion on the track (riders race 6 events, three bunch races and three time trials), and won the 2010 points race as well.  You might wonder, then, why she's racing the ITT - but she's got some great results in road Time Trials - winning the 2010 Commonwealth Games ITT, and coming 7th in the 2010 World ITT Championships.  She's definitely got her eye on winning the omnium on the track at the London Olympics, but she may also be a serious competitor for the TT gold as well.  Like Pooley, she's also completing a PhD - this one in neuroscience, and she's only been cycling for about three years, after 10 years as a cross-country skier.  It'll be very interesting to see how she performs on this course...

So who will be fighting those five for the top spot?

It has been pointed out that HTC is full of national champions, and Fahlin is another one of them.  At just 22, she's been the Swedish TT Champion for the last two years (and Swedish road champion in '08), and came second in the European u23 ITT Champs in '09 and '10 - and 9th in the 2010 ITT Worlds.

Here's Fahlin talking about what she's looking forward to about the Cali TT:

Last year you'd find Becker as a mainstay of Cervélo's all-conquering Team Time Trial team - this year she moved to HTC, where she helped them win the Luxembourg TTT - the one in the rain and the dark, lit only by streetlights.  She's the German road champion, and last year won the GP de Valladolid round of the Road World Cup.  The ITT may be a little hilly for her, but she'll still be giving it her all

Alison Starnes is a rider you might have heard of from her blogging - she's one of those riders who give us great insights into what life is actually like on the road (her blogs from her recent stint of riding in Belgium and the Netherlands are full of the culture shock of meeting the hard, flat, windy Dutch-style of racing for the first time - I did like points 14-20 in her things she learned post!)  Here's what she has to say about Solvang

By now, you may have noticed that all of HTC's Team Time Trial team will be racing at Solvang, apart from German TT Champ, Judith Arndt - and Miller is their third American.  She's new to HTC this team, and has been loving the European season.

Miller rides cyclocross in the off-season, and this year, won a stage in the Tour of New Zealand and the Merco Classic.  I met her in Luxembourg - and here's my mini video interview, where she answers whether she's really is "the future of American cycling":

So, onto my final section - riders I (shamefully) don't know much about, as they're either not roadies, or are USA domestic riders - as ever, if you know more, add it to the comments, but with two triathletes, we should find out how DOES a triathlete compare to a cyclist on a TT course?

So those are the riders.... the race itself starts at 11:30 Pacific USA (14:30 USA Eastern; 20:30 CEST) but we don't know when it will be on tv (we were initially told that there'd be 20 minutes of coverage, but that may have dropped to ten) - but it would make sense for the women's race to be covered at the start of the tv coverage?

As always, any more information you can find, please please add it to the comments!

All photos from the relevant teams' websites