By most accounts the Giro d'Italia starts tomorrow, on this first of several major mountain stages. The stage is notable for a few items: vast natural beauty and the Giro's only foray out of Italy. But will it be decisive? I'll just rattle off a few quick figures:

The point of this stage is ostensibly to warm you up (or weed you out) for Saturday's devastating Monte Crostis-Zoncolan double gut-punch. The problem with this stage is that the GC contenders will treat it like a sleeping pack of lions, tiptoeing around it for fear of what happens otherwise. Or that's the conventional wisdom. Whether or not the GC guys wake up for the finale, this stage will almost certainly shape the race for the maglia verde, the King of the Mountains. The fact that the finish is broken into two climbs means that there are no less than five KOM point spots on the route. That, plus a possibly guarded approach by i big, adds up to KOM nirvana. 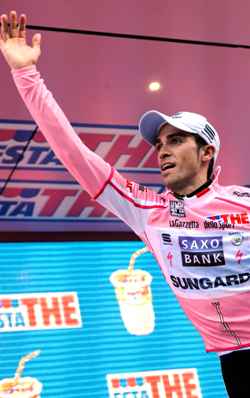 Which way doe the Giro go from here, Alberto?

Stage Battle: The relatively modest gradients suggest to me that it's highly possible for the KOM guys to get and stay away, as long as there's nobody for Contador to worry about. Whether they will or not is to be seen, and who they even are is still a bit of a guess, though for what it's worth Filippo Savini holds the jersey over Contador, Bart De Clercq and Martin Kohler. Savini is a climber, so I assume he's gotten used to the idea of holding the green, but he'll have some extra company.

Maglia Rosa Matters: Contador has to be watched like a hawk here. His climbing has its limit -- don't we all? -- but he showed on Etna that his massive accelerations are especially dangerous when the slope isn't hard enough to put a hurt on him. They may be dangerous there too, as we will find out Saturday, but personally I think Conta loves taking these manageable climbs and busting things open. Oh, and his tone deafness should make for a good few days too. The other day he skipped the press conference for the maglia rosa because the thought of having to do that every day all the way to Milan was too much. A bit early for that concern? Ah, but it must be hard to stay humble when you're so great, right Bert?

[Full disclosure: he is great.]

Me: "Mark Cavendish, remember when you won those two sprints?"

Maps and profiles, on the flip!

As usual, clicking on the images should embiggen them a bit, or a lot. 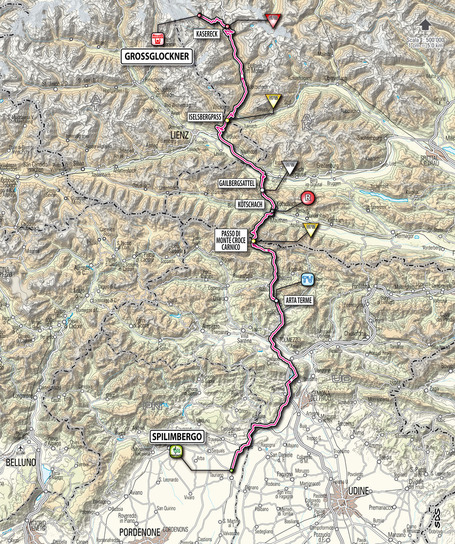 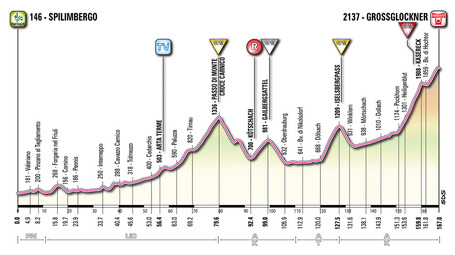 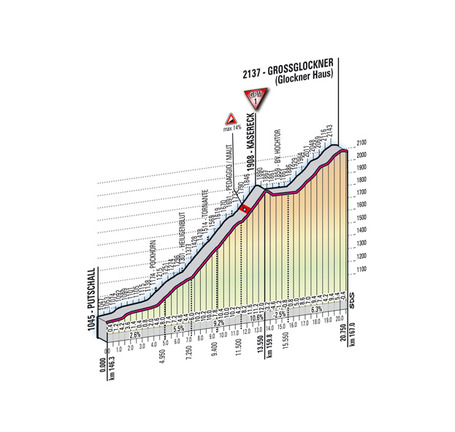