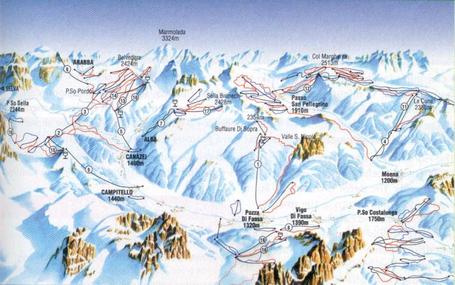 Today's destination is the heart of Dolomiti ski country. The Val di Fassa, from this cute little old map, is apparently littered with ski lifts. Just up the road is Cortina d'Ampezzo, which every Bond fan knows is a famous, glitzy ski resort where people are incapable of noticing how old Roger Moore looks. Bring your skis, your fur coats (boo!), your unnecessary jewelry, and your Visa card. But don't bring your road bike... unless you've come here not to indulge but to suffer.

The masochists at RCS seem to have an endless supply of ways to hurt the Giro d'Italia peloton. Sure, the Zoncolan and Finestre get the headlines, but to the peloton, a single awful climb is nothing compared to six-plus hours of going up one nasty climb after another. But that's what the Giro has offered as a reward to the survivors of the Zoncolan -- a stage which is even worse (now that the Zoncolan stage has lost Monte Crostis) than the one which had people talking all winter.

Stats: (and see our big chart of climbs here)

Stage Battle: The most certain thing you can say about this stage is that the KOM battle will be joined. If someone wants to stop Alberto Contador from winning it by default, today is the day to do so. The Cima Coppi is worth double points, the biggest single cache in the Giro, and with two major climbs beforehand, an enterprising breakaway artist can bag three huge peaks before i big even start their workday. The right such break might survive to the stage win, although that would require incredible fortitude.

Maglia Rosa Matters: Massive. In a sport sometimes measured in seconds, today there are fistfuls of minutes to be won, or lost, when the blasted road juts up again, after six hours of misery. The same guys is favored over every kind of terrain, but these different flavors of oblivion will jumble the other places back and forth viciously.

Cue Opera For: Pretty much everyone, except Contador and maybe Rujano. And the KOM guys, they'll be zombies at the end, but in a good way. 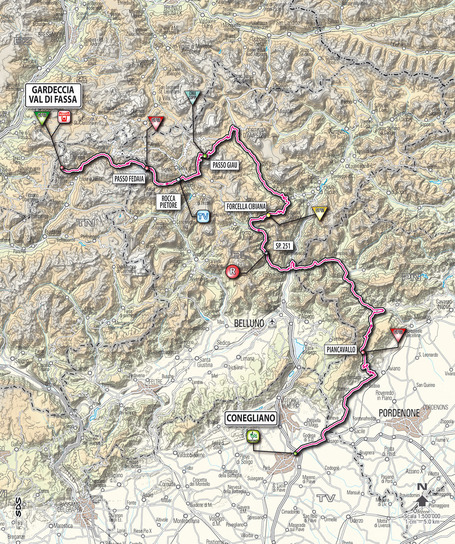 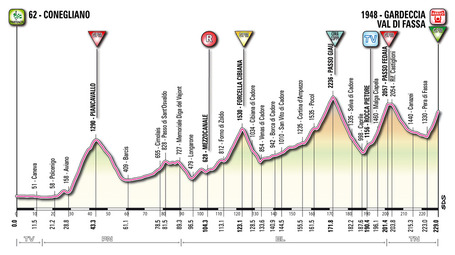 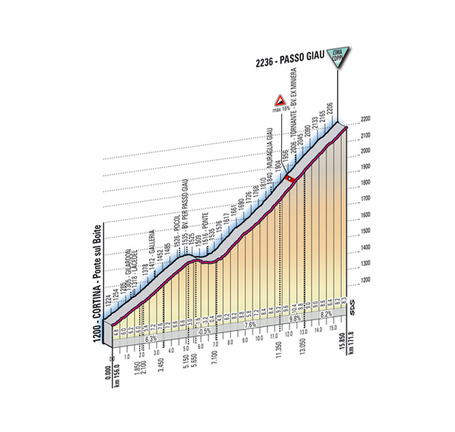 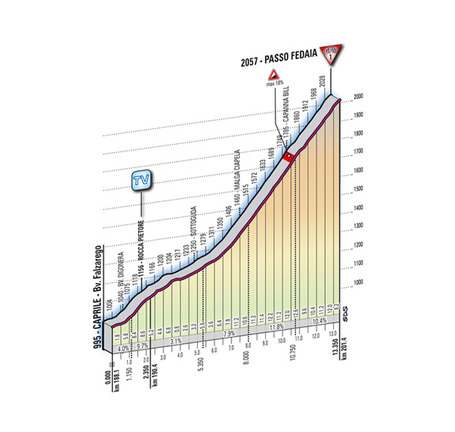 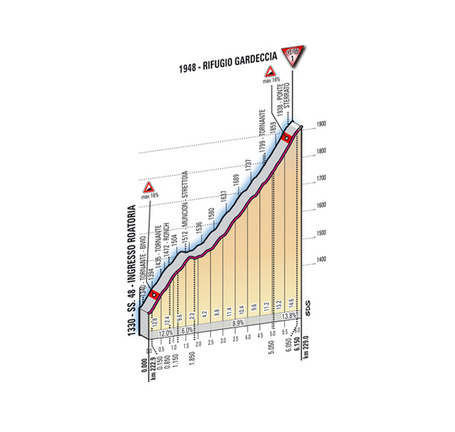 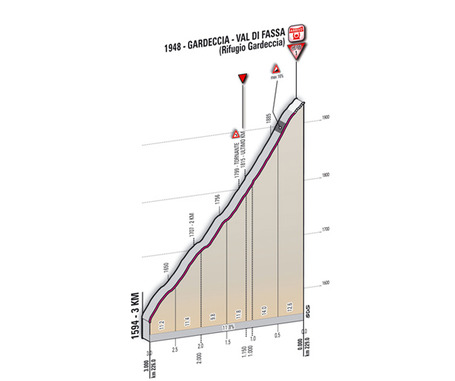