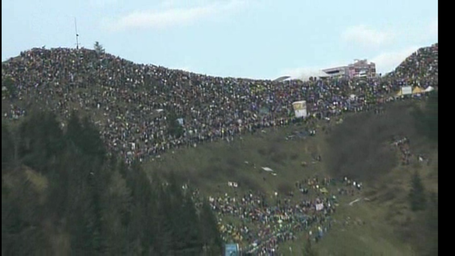 The fearsome slopes of Monte Zoncolan were not as decisive in this year's Giro d'Italia, as Euskaltel's Igor Anton stole away for a stage victory with the top two riders in close pursuit. What had been expected to be a massive stage was turned upside down when Monte Crostis was eliminated, leaving an easy ride to a single hard climb. Anton accelerated on the lower slopes of the climb, eventually drawing out overall leader Alberto Contador and Lampre's captain Michele Scarponi, before accelerating again in the middle, slightly mellower section of the climb, whereupon the Basque star was never seen again.

One of the day's best performances was Vincenzo Nibali of Liquigas, who initially suffered from Anton's acceleration and Contador's response. But Nibali, as he did so dramatically in his win of the 2010 Vuelta a Espana, refused to blow himself up or panic, and eventually clawed his way back to Contador and Michele Scarponi of Lampre -- even greeting his quarry with an acceleration (that went nowhere). Contador jumped away again and finished second, but only a handful of seconds ahead of Nibali. Scarponi also valiantly limited his losses coming in fourth, while Denis Menchov seemed to signal his improved form with a decent fifth.

Big loser on this day: Jose Rujano. And this moto: 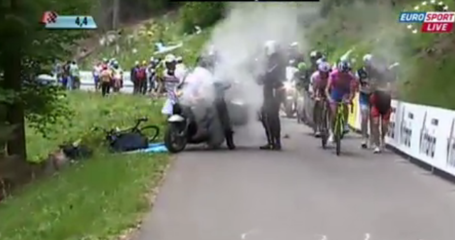 And the new GC: