Giro d'Italia: On the Scene in Spilimbergo for Stage Thirteen

Share All sharing options for: Giro d'Italia: On the Scene in Spilimbergo for Stage Thirteen

I've had a busy few days here at the Giro, so I'll use the rest day to catch up on my reporting.

I caught up with Peter Stetina at the start of stage 13, where he was in good spirits going into what turned out to be an impressive performance in the Giro's Dolomiti stages.

Photos on the flip...

I rode to the stage start in Spilimbergo with Philipp and Sophia, an Austrian couple who, like me, were using the La Faula agriturismo as their base for watching the Giro's Friuli Venezia Giulia stages.  (Sophia was a big hit with the agriturismo's border collies, since she fed them from her breakfast plate.) 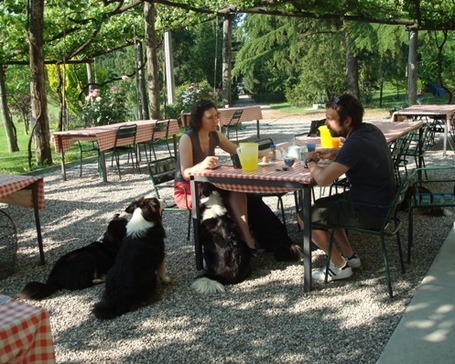 Spilimbergo is a pretty town, especially when festooned in pink for the Giro. 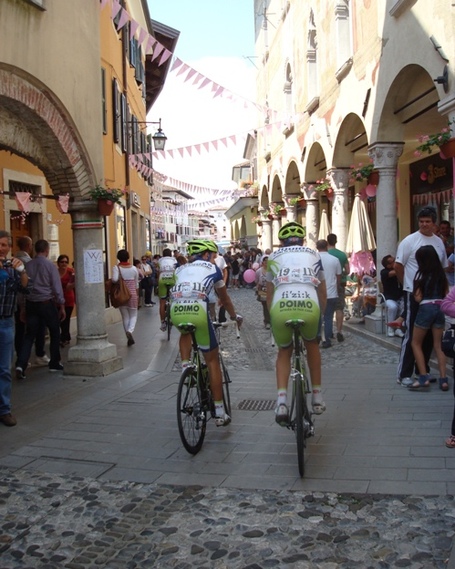 Phillip took this picture of Federico Canuti, whose mom brought his dog to the start for a visit: 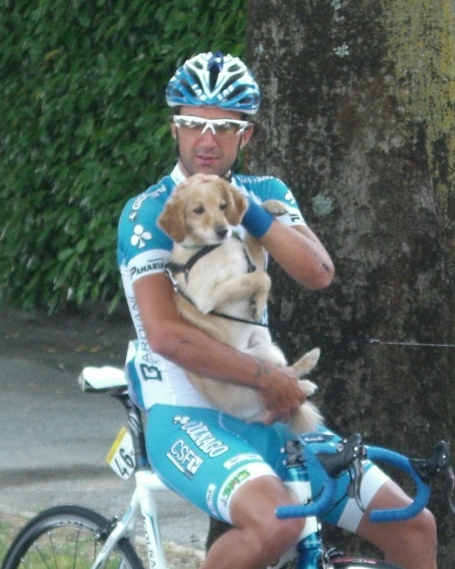 It was already hot in the sun, so after signing in, the riders gathered at the edge of the shade on the start road. 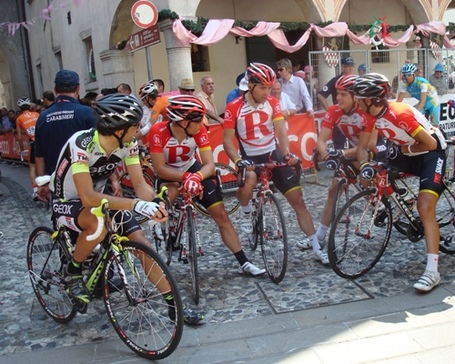 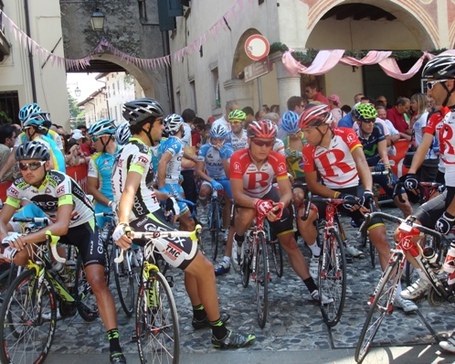 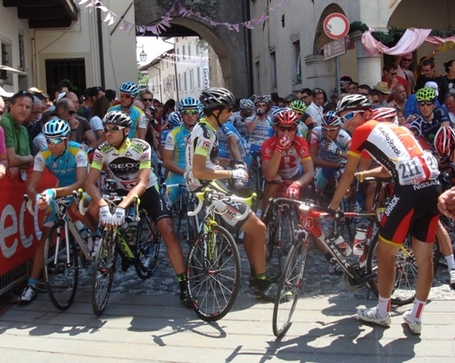 A path was cleared for Contador and the other jersey holders to move to the front for the roll-out. 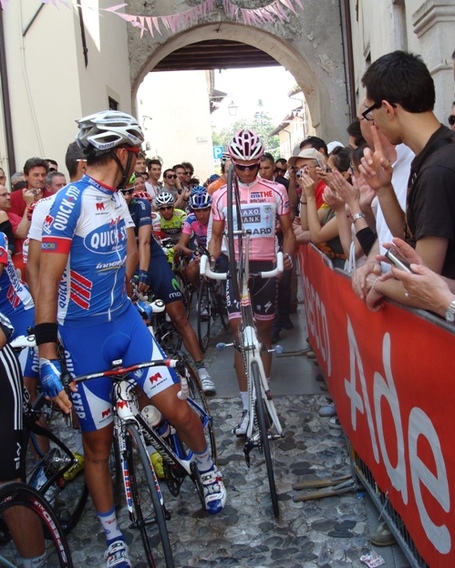 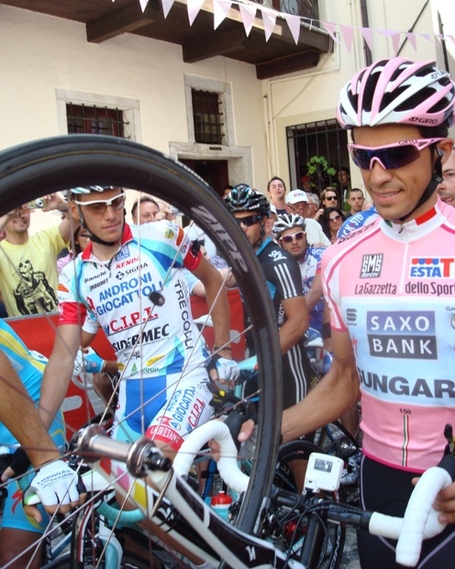 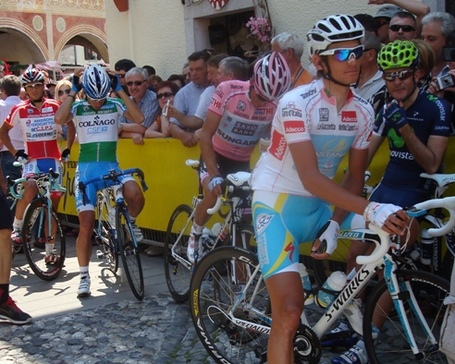 Hanging out by the barricades, Contador provided a nice photo op for the local paparazzi, and for me. 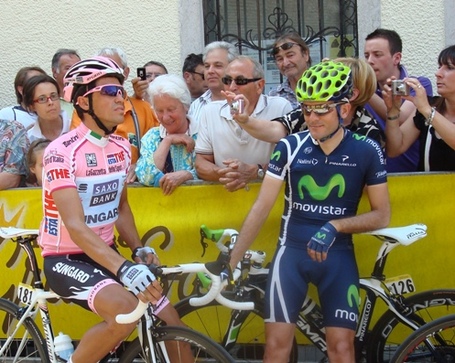 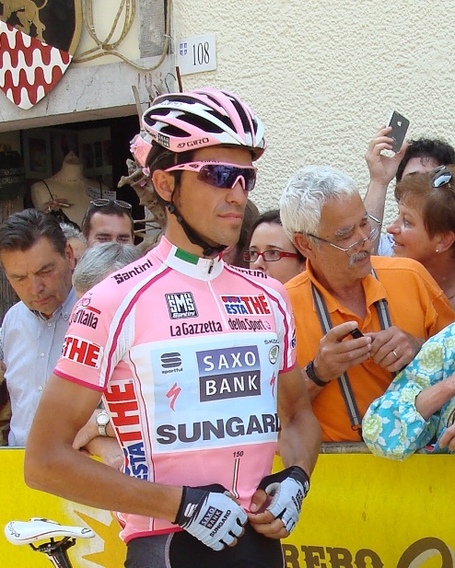 He checked something on his bike, but I couldn't figure out what he was looking at (or listening for?). 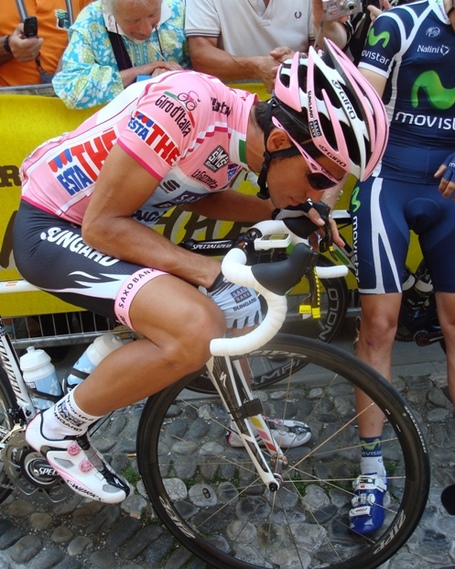 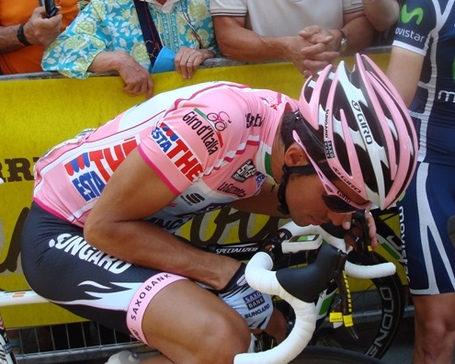 Photo of Federico Canuti by Phillip Patri, used with permission.