Giro d'Italia: On the Scene at Rifuggio Gardeccia for Stage Fifteen

Share All sharing options for: Giro d'Italia: On the Scene at Rifuggio Gardeccia for Stage Fifteen 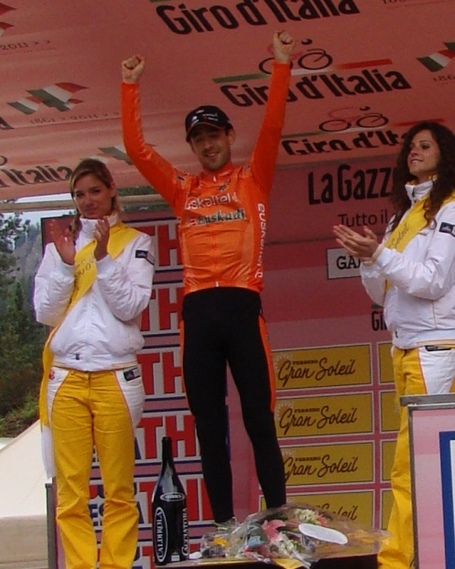 With Nieve's victory at Rifuggio Gardeccia, the Basque team went two for two on the Giro's hardest Dolomiti stages (and biggest thunderstorms).

In contrast to Monte Zoncolan the day before, the thunderstorm at Rifuggio Gardeccia had ended by the time the riders finished. 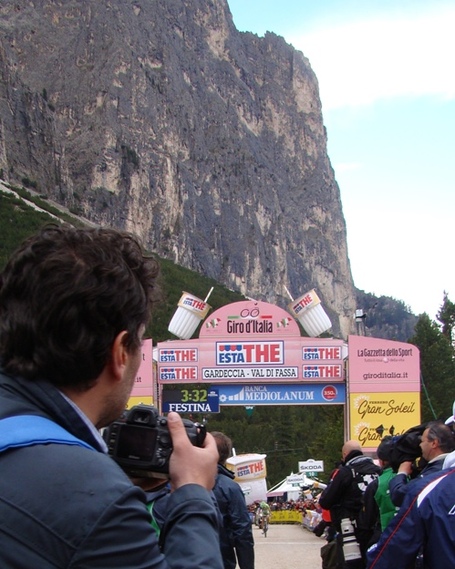 The first five finishers were herded straight into the podium enclosure, so Rujano was the first finisher I saw pass by. 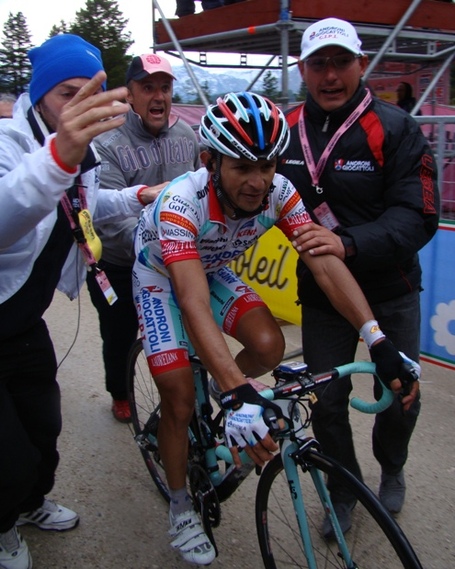 Rodriguez just after his finish: 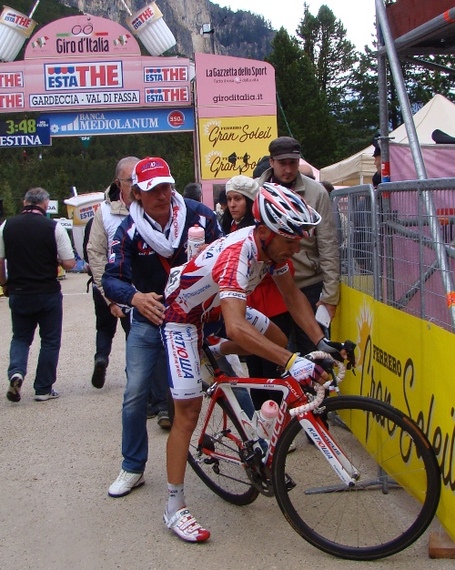 Some of the riders, like Steven Kruijswijk, Peter Stetina, and Craig Lewis, looked tired but ok. 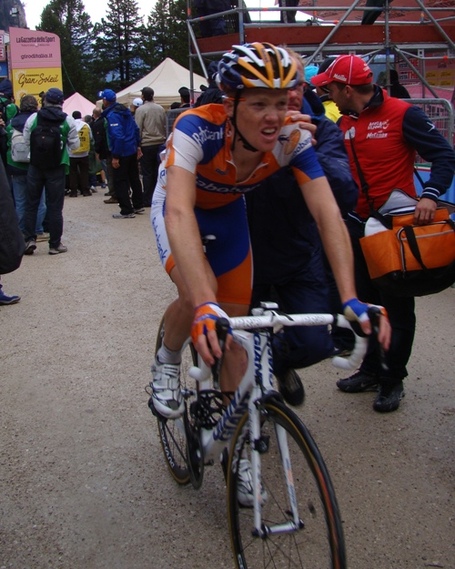 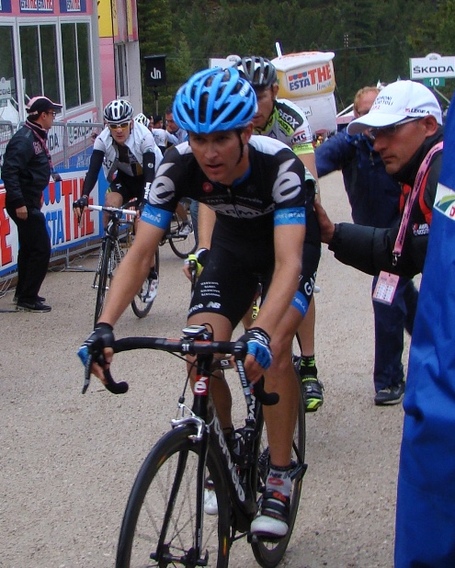 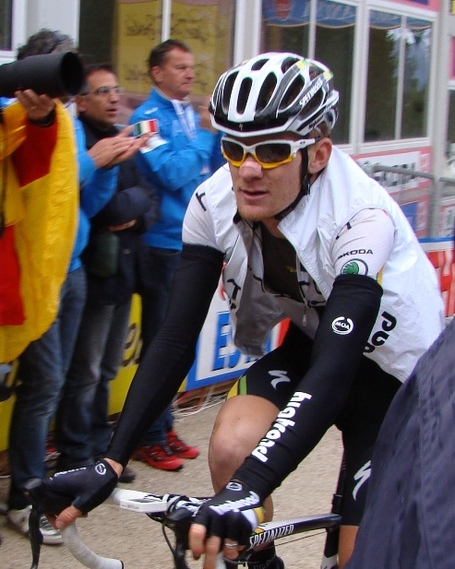 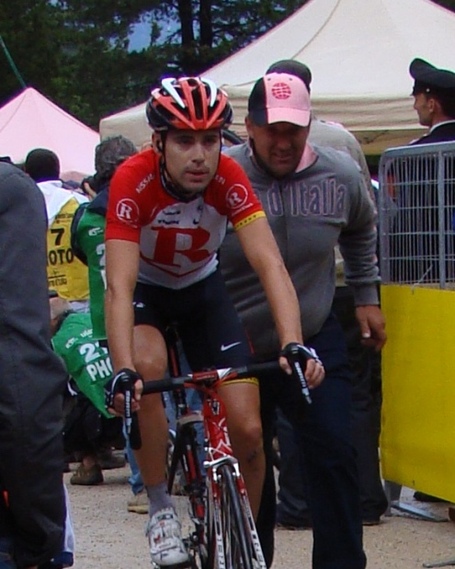 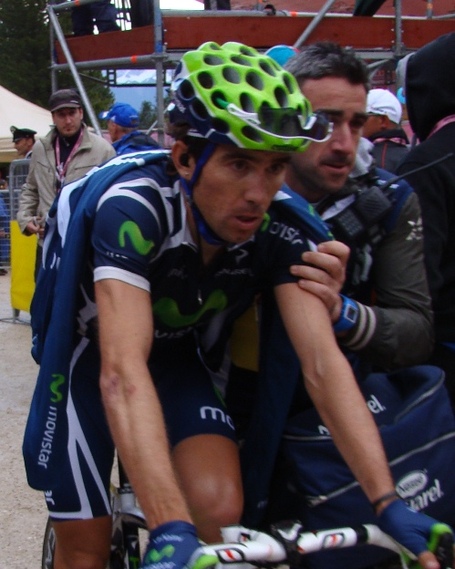 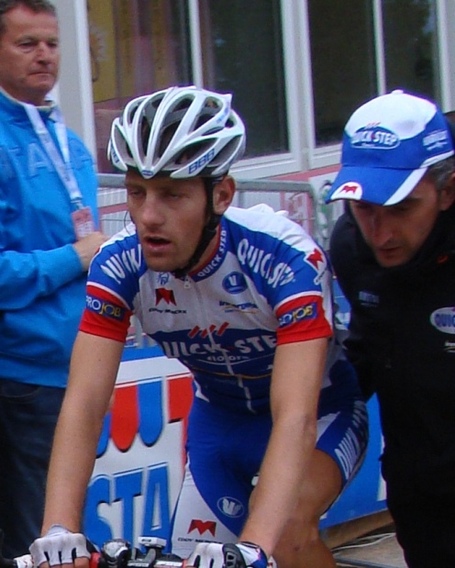 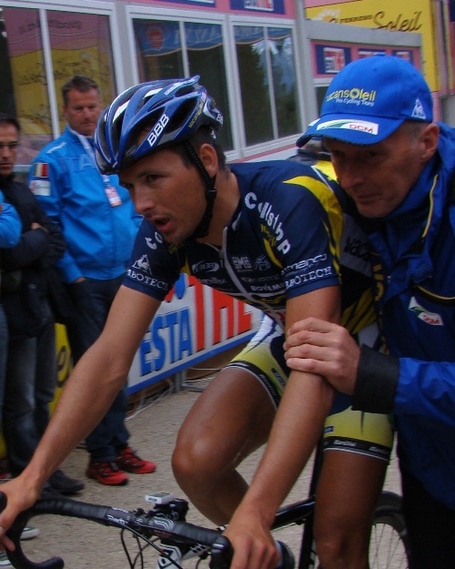 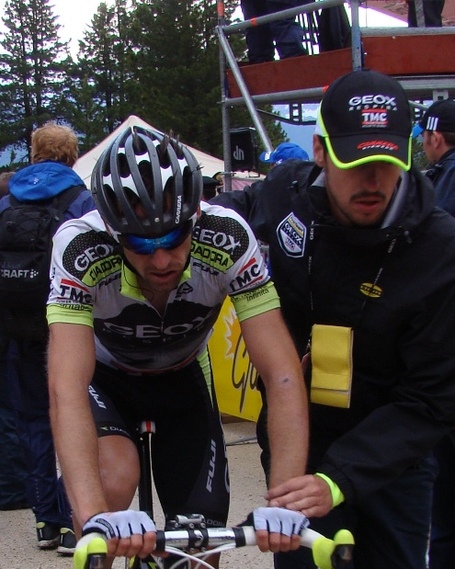 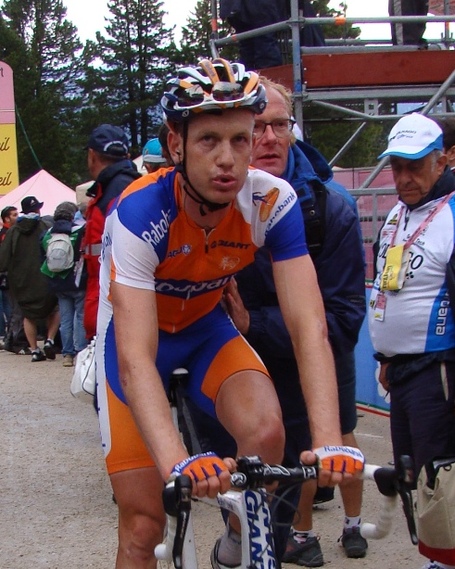 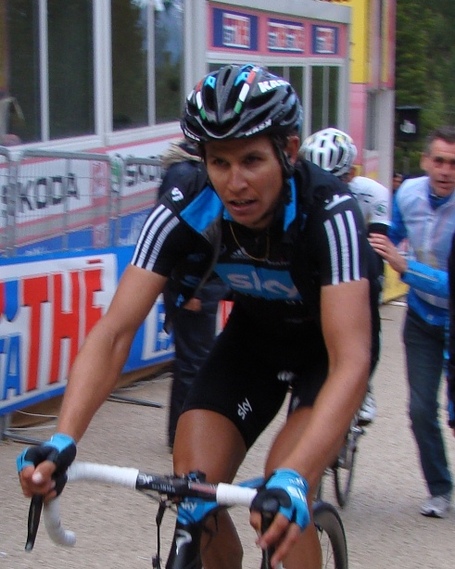 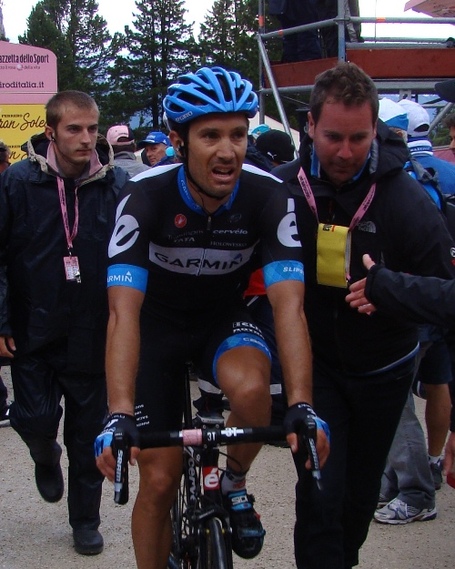 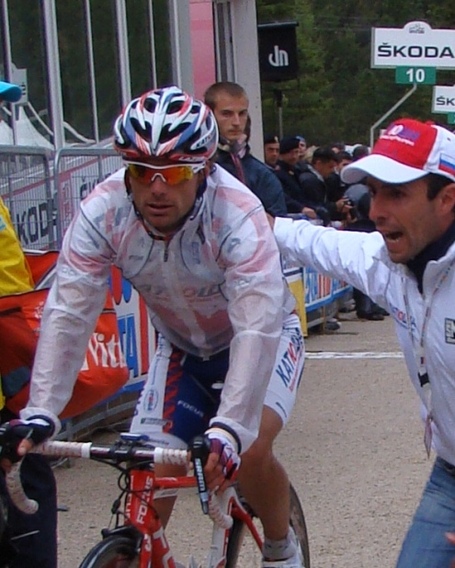 Navarro and Hernandez bundled up for the ride down to the buses. 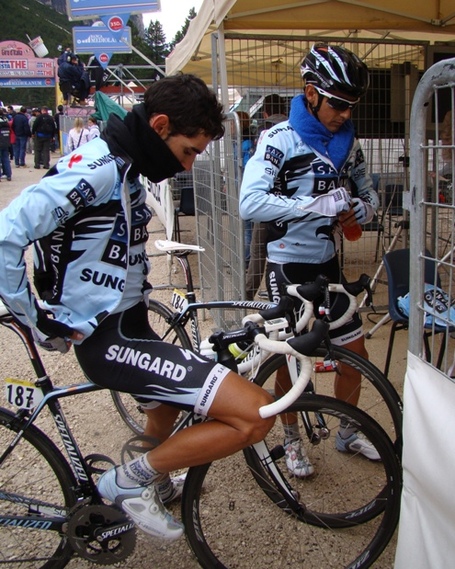 After finishing, most riders were pushed by soigneurs up the steep gravel slope to a large tent, from which they emerged outfitted for the ride down. 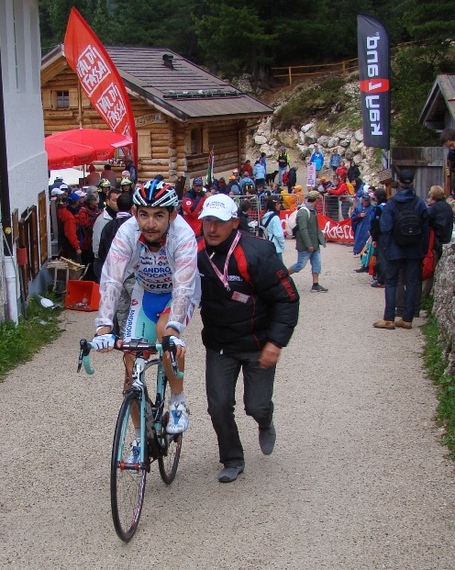 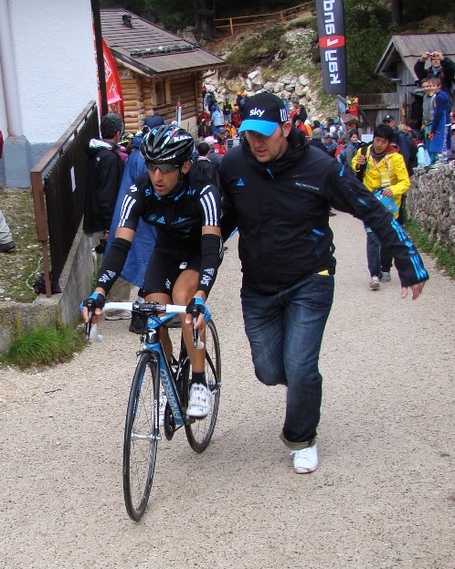 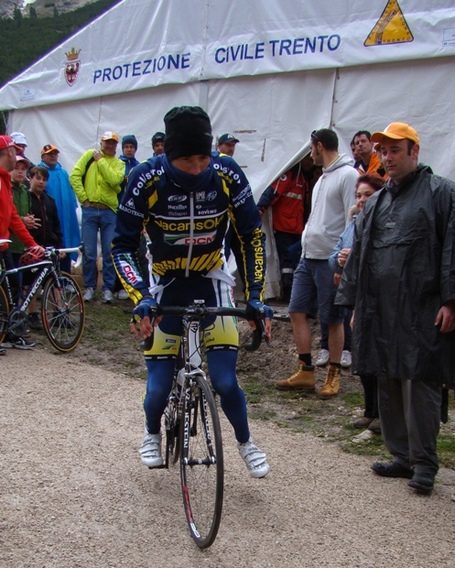 Alessandro Vanotti earned cheers from the tifosi by declining his soigneur's help and riding up the gravel climb unaided. 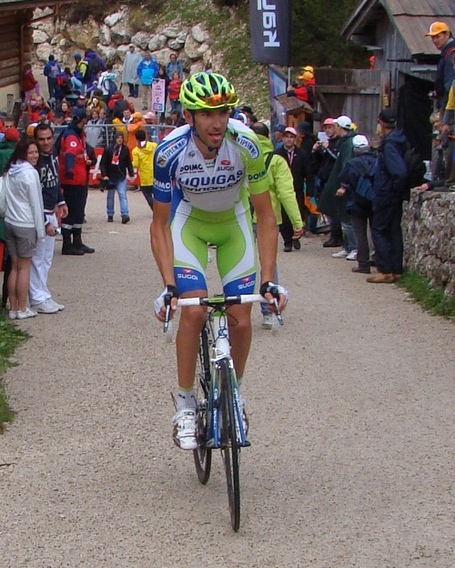 Another day, another Contador podium ceremony: 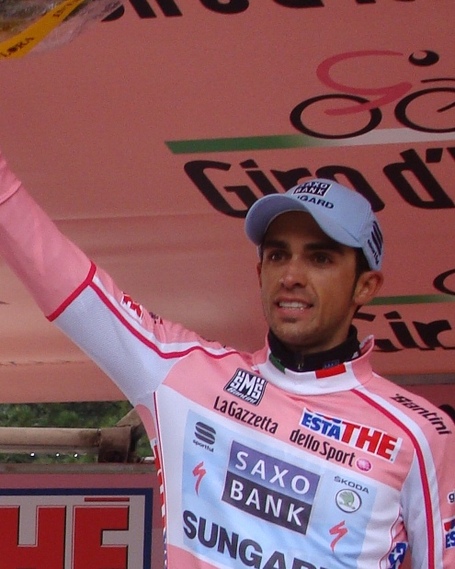 The podium girls were almost as pretty as Blue Eyes, who took the maglia verde from Contador. 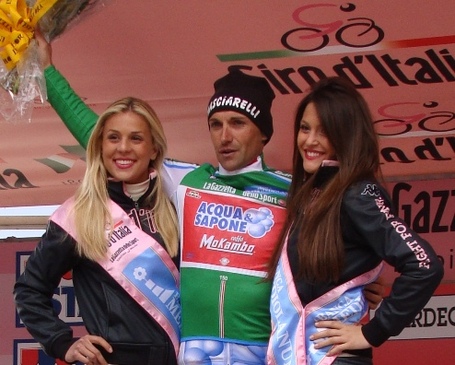 Krueziger looked glad to be getting another layer of dry clothing. 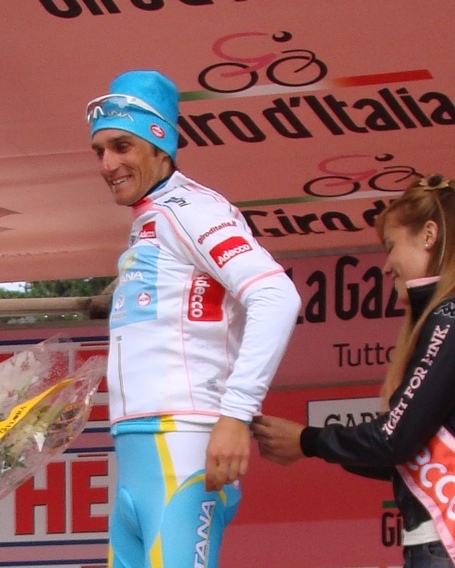