Giro d'Italia: On the Scene in San Pellegrino Terme for Stage 18

Share All sharing options for: Giro d'Italia: On the Scene in San Pellegrino Terme for Stage 18 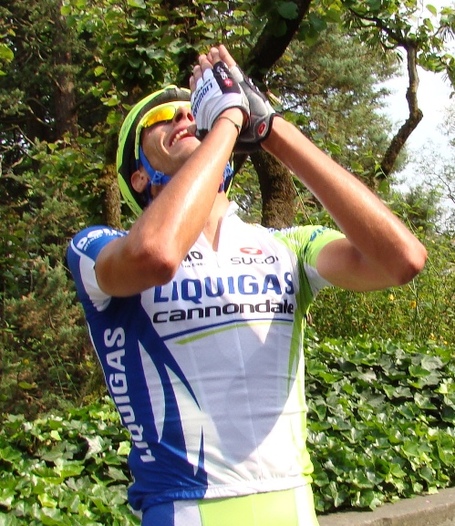 I still have photos to post from the past two days, but I'm doing this post out of order because I got a some cool pictures of Eros Capecchi just after he won the stage, and I wanted to post them while they're fresh.  So here's a little photo essay: An hour in the life of a Giro stage winner.

I was late getting down to the finish area because I was enjoying hanging out in the uncharacteristically grand press room, which was in a casino overlooking the finishing road. 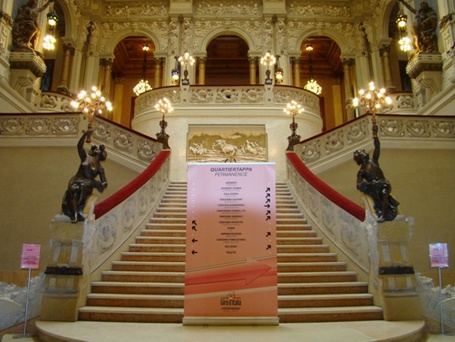 I got down to the road just in time to see first Pinotti, then Capecchi and Seeldrayers together, shoot straight out the end of the fenced part of the finish road.  They had blasted past the soigneurs and the press, and were out on the open road.  Even though Pinotti passed me first, I could tell Capecchi had won from the way he pumped his fists into the air.  I ran in the direction they had gone, and as I ran I could see Capecchi splayed out on his back on the sidewalk, his bike next to him on the road.  A Liquigas soigneur and another guy got to him just before I did, but I was the first photographer there.

Capecchi sat up and was hugged by his soigneur as Seeldrayers rode back to the finish area. 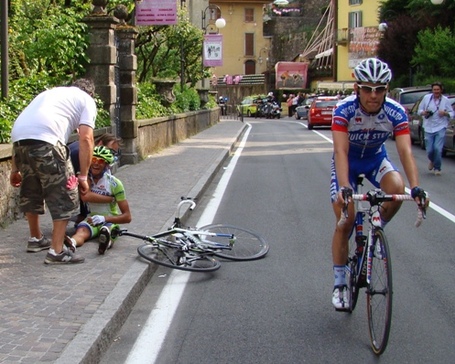 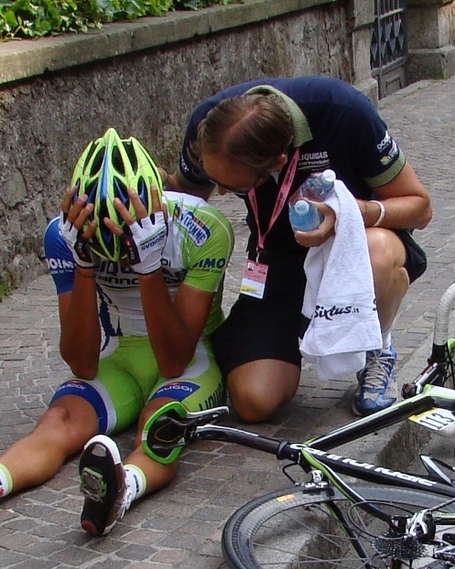 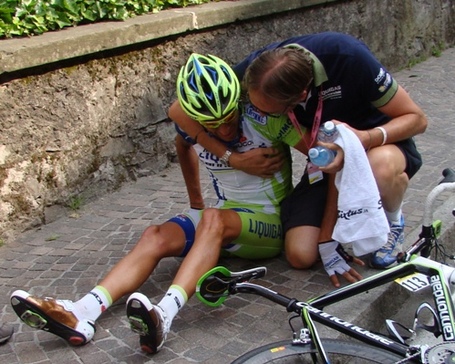 As soon as Capecchi stood up, he raised his hands to the sky as if in prayer, seen in the picture above the fold, and a moment later, as other photographers began to arrive, he did it again. 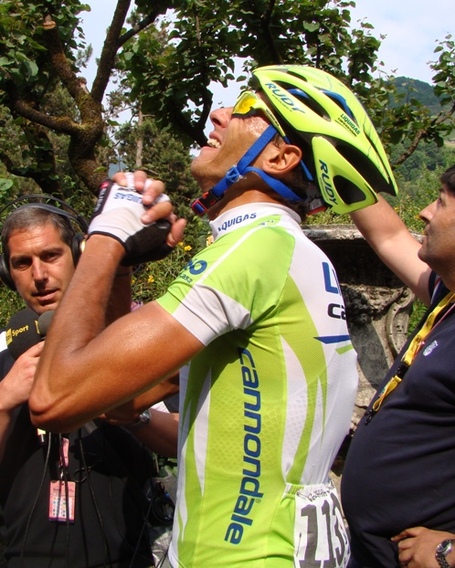 After a brief RAI interview, Capecchi made his way back to the finish area accompanied by a shifting mass of running photographers, while Seeldrayers passed unnoticed with a soigneur. 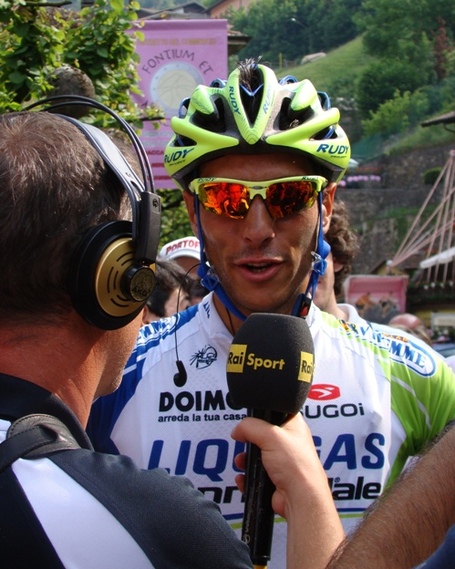 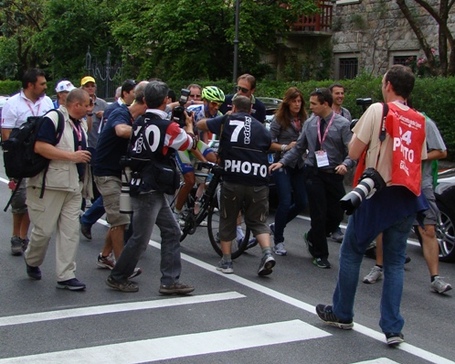 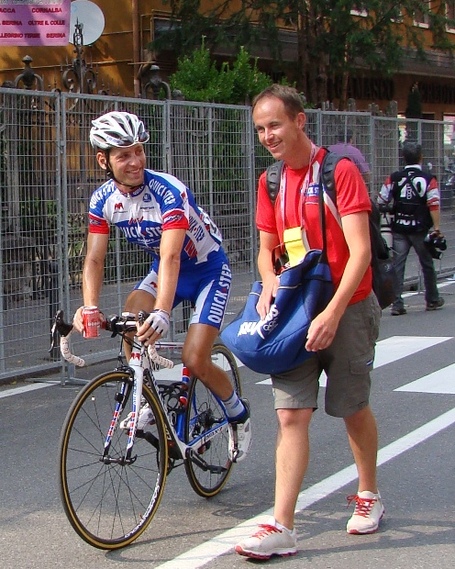 Some shots from the podium ceremony and press conference: 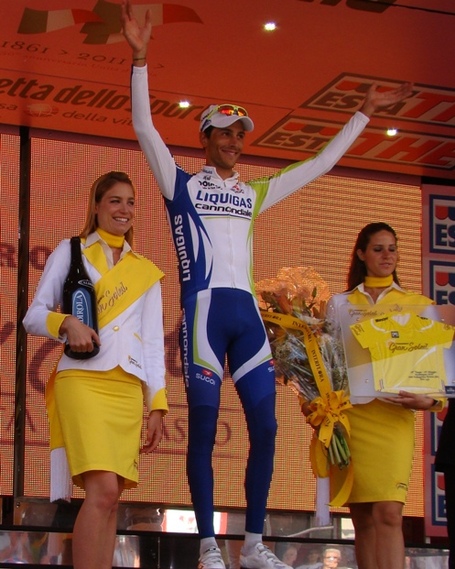 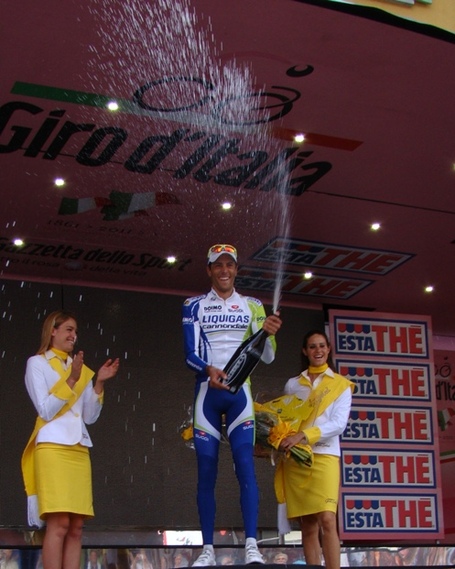 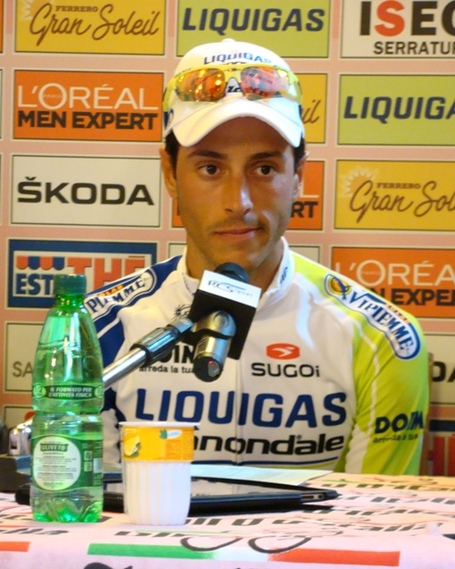 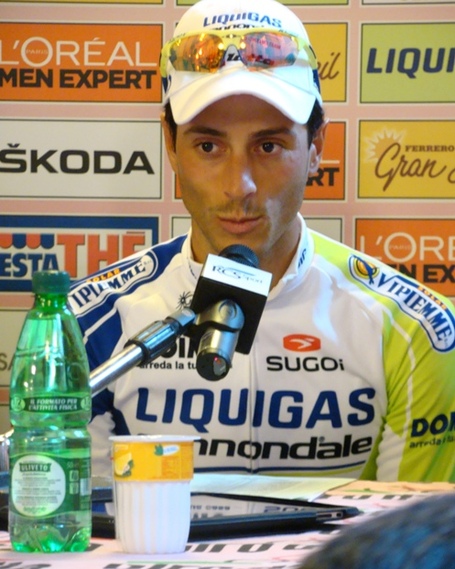 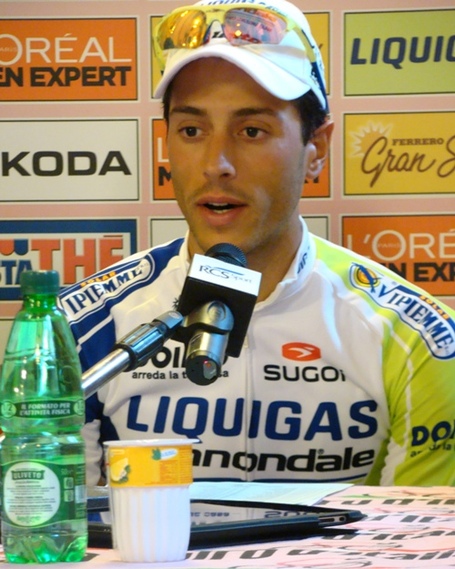 Aww, he winked at me!  Actually, I'm pretty sure it was at someone behind me, but a girl can dream :-) 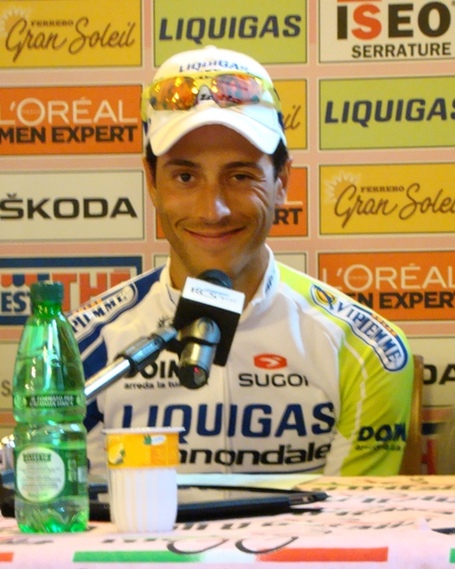