Showmanship at the Giro d'Italia starts as soon as the flag drops, and given the choice between the three traditional openings -- an easy road stage, a prologue ITT and a team time trial -- the Giro seems to prefer the latter these days. And why not? Opening day in a grand tour is about as significant w/r/t the final result as it is in baseball (close to zero), and the massive crowds gathering to celebrate the race in general will probably enjoy the fluid beauty of a full team in concert than guys going by one at a time, or the don't-blink effect of a road stage.

As for the riders, 19km of team hammering is not much of an effort, roughly 2.2km per man. But as Garmin's Peter Stetina discussed in his latest diary, treachery lurks around every corner, which if misjudged can lead to complete disasater. Adding to the riders' nerves is the use of city streets, rather than predictable country roads. Watch out for that tramline, folks. A team at top speed is a great thing to see, but it requires guys to put in an all-out effort in very close quarters, at great risk. In the end, teams have to decide whether they would rather concede a minute and keep their collarbones intact, or go for it.

I posted the map on the jump (click on it for the large version), and on it you can see that there are 11 turns of note, one of which is close enough to the line that they won't need to stay in formation. So that leaves ten chances for disaster, as well as ten places where you can lose your rhythm. One turn every 2km... so it's actually not a very technical course. Mostly the course is on wide boulevards -- the Corso Vittorio Emmanuele is never a back alley in Italy -- which is mostly good news, although the Corso Castelfidardo might have tram tracks on it. Bottom line, this course, not unlike life, rewards power.

Stage Battle: Garmin-Cervelo and HTC will renew their now-traditional TTT hostilities, which dates back three Giri now, each team winning once. Both squads are loaded with experienced veterans, longtime teammates, and powerful sprint squads -- all ideal ingredients for short TTT success. I'll go with HTC, barely, though Garmin have an edge since they follow directly after HTC on the startlist (in full on the jump). Outside shots: Radio Shack, Sky, Astana, Saxo Bank.

Maglia Rosa Matters: TTTs of this length have a long track record of small time gaps, maybe 45 seconds separating the top ten, so everyone knows that you can't win the Giro today... but you can crash out of it. Ambitious teams like Liquigas, Lampre, Katusha, Geox, etc. will probably guard their treasure in the turns, though Saxo Bank and Astana have enough power to gain minuscule advantages in today's doings.

Cue Opera For: Er, I am not predicting any disasters. But Androni have a lot of featherweights in their reshuffled lineup... that's two strikes right there. Euskaltel haven't ridden much in Italy, period, let alone in the TTT. Their last Giro was 2008. Steady on, carrots. 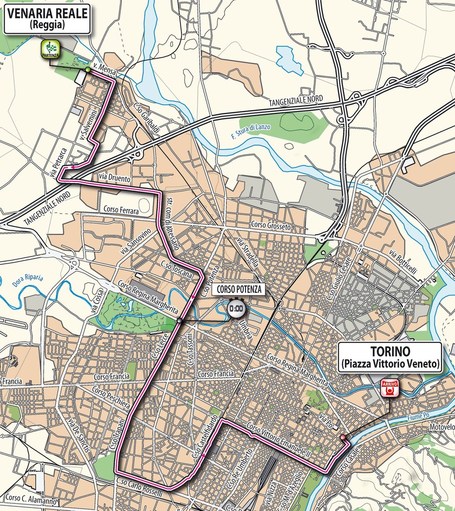