Gossip time! JVDB, Cav & Castroviejo, all on the move?

Share All sharing options for: Gossip time! JVDB, Cav & Castroviejo, all on the move?

Before I head off to work, a quick overview of this morning's cycling transfer gossip. Three riders - Jurgen Vandenbroeck, Mark Cavendish and Jonathan Castroviejo are all reported in done deal transfers this morning. Where to? Well, to where you'd expect them to go, mostly. 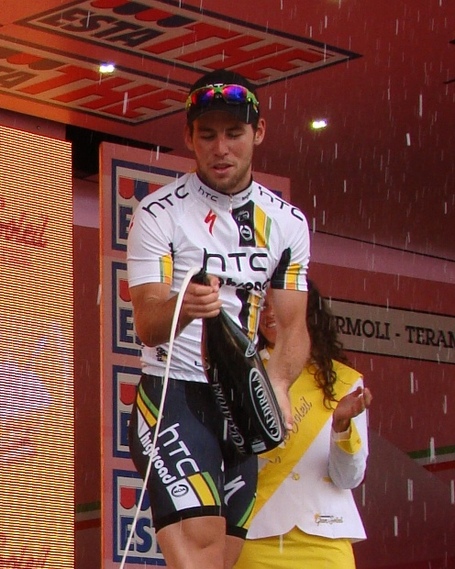 First, the Daily Mail is reporting that Cav has indeed signed for Sky. They demonstrate the utter depth of their cycling knowledge by calling it a 'shock move', and say that boy wonder will earn £1.5 million a year - double what he has now, and same as Wiggo's yearly salary. Wiggo is earning twice as much as Cav? Ha! Inring is saying the Manx Missile is taking some of his HTC buddies with him too. Is this the end for HTC as we know it?

On to Spain then - where Albertina will cry at the loss of another Euskie, as prologue specialist Castroviejo is on the move to Movistar, dixit that same inring.

And then finally, Belgium. BCS JVDB has signed a four year deal with Lotto, understands newspaper Het Nieuwsblad. Lotto has reportedly confirmed it's going to continue in pro-cycling, alone or with help. That help would come in the form of bike-makers Ridley and telephone-people Belgacom. Marc Sergeant and Herman Frison will remain DSes, and they'll be joined by Le Beau Mario (Aerts, that is), who is set to retire at the end of 2011. Marc Wauters - you remember him right, long time Rabo Belgian, wore the yellow jersey when TdF hit Antwerp (and Hasselt*) - is setting up, or rather continuing with, a cycling school for kids, which will become part of the project too. Wauters will also become a part time DS for Lotto.

So there. You're all caught up now.

*my very first summer job, my boss gave me half the day off to go check out the race. all bosses should be like that.