OK, I am excited.  It's almost time for a mountain-filled Tour de France.

There are twenty-three "Category 2", "Category 1" and "Hors Categorie" climbs in the 2011 Tour de France.

Let's rank these twenty-three climbs in terms of "difficulty" and then look at the 10 hardest in more detail. 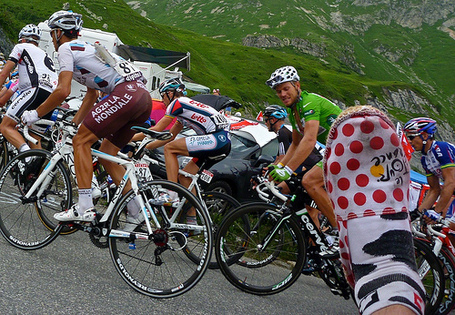 As usual, we will use the climbbybike.com difficulty index to rate the climbs

Note:  If you are interested in calculation methodology, see this link for more on the difficulty index.  But in brief, the formula results in an arbitrary difficulty number - by taking into account length, ascent, and altitude - that can then be used to contrast and compare with other climbs. 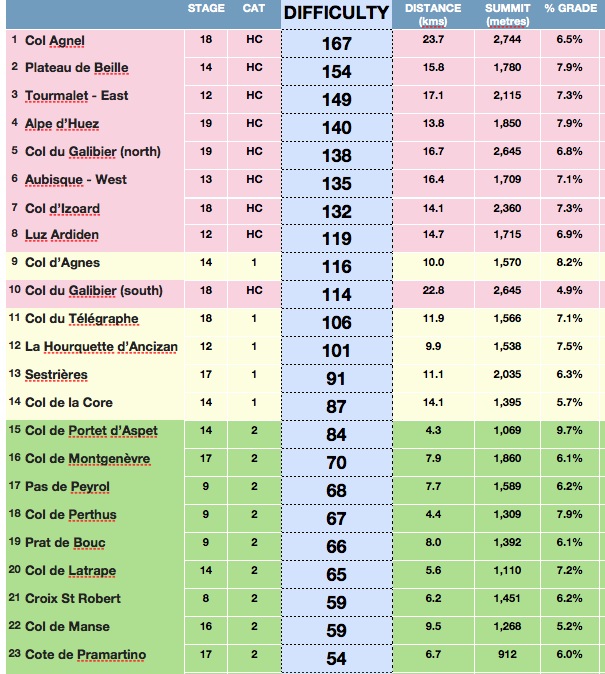 Note, there are also twenty-eight Category 3 or 4 climbs in the 2011 Tour.  Many of which are quite interesting. Several of the earlier stages will be far more challenging than a simple sprint stage with multiple smaller climbs to navigate.  In particular, stage 9 is a monster stage, while stage 8 features an uphill finish at Super-Besse.

Let's take a closer look at the ten toughest climbs in the 2011 Tour de France:

We should really use the Italian name - Colle dell'Agnello - as this climb is entirely in Italy.  The summit is the French / Italian border (see photo below).

This monster is just 26 metres from being the highest paved pass in Europe.  2011 will be only its 2nd Tour appearance - the French side though last time.  In 2008, Egoi Martinez was first over the summit.

My thoughts:  Stage 18 starts with Agnel, so turn the TV on early.  This is a beauty.  And Phil, no gloating that the hardest TdF climb is actually in Italy. 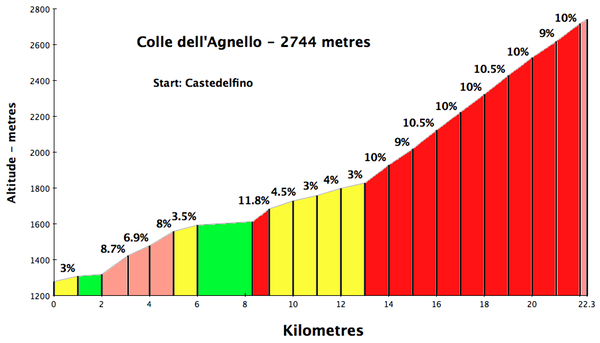 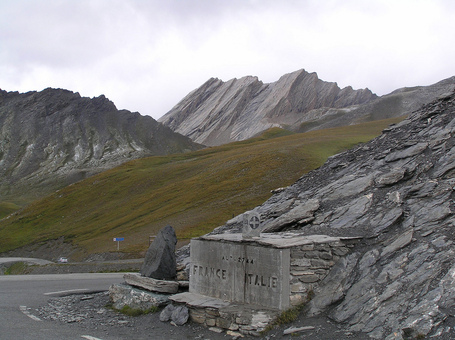 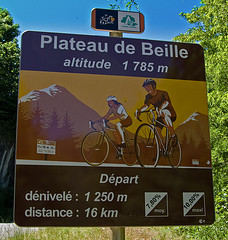 This will be a painful end to the gigantic stage 14. Sometimes compared to Alpe d’Huez – Plateau de Beille has very similar statistics (but Beille is a bit longer and has about 100 metres more climb).

It has only appeared in the Tour de France four times – but every time the stage winner has gone on to win the Tour.

It's a quiet, hairpin-filled road - almost no development.  At the top is a little cross-country ski station - and the best beer I ever tasted. 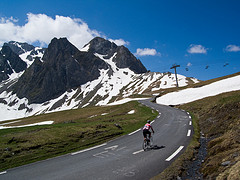 Another year, another ascent of Col du Tourmalet (the 77th).  This time will be via the east side.

Nearing the top, the riders will pass - the far from beautiful - La Mongie ski station, finishing the climb across the more scenic ski slopes above the resort (see photo).

My Thoughts: Both sides of Tourmalet are tough, but this side has the steeper stretches.  The riders will feel the pain of Tourmalet in their legs on the final climb to Luz Ardiden. 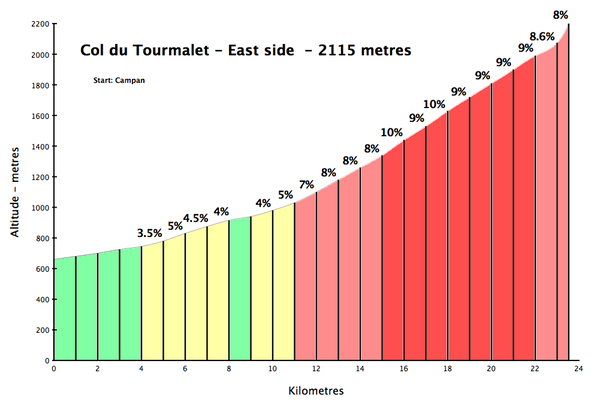 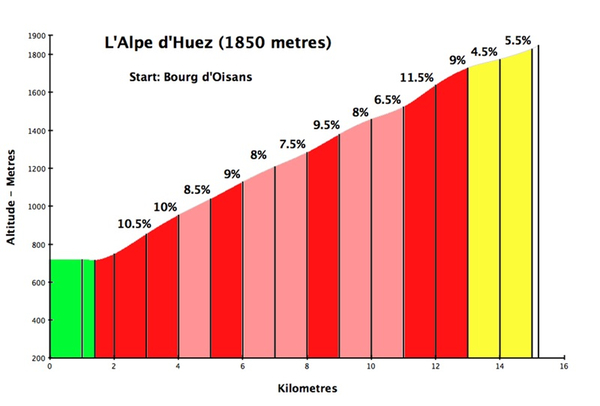 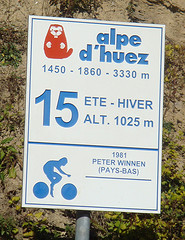 Jokingly called the highest point in Holland - due to so many Dutch victories here - each of the 21 hairpins is signed with the name of a stage winner (photo on left: Pays-Bas = low country = The Netherlands).

My thoughts:  Fun!  Expect huge crowds.   Stage 19 is not the most original stage (Galibier and then the Alpe), but a mountain top finish here is always a special occasion.

And this will be the final classified climb of the Tour (are you listening Andy)?

It's a hundred years' since Emile Gourget became the first Tour rider to cross-over the Galibier in 1911.  Expect to be hearing lots more about this beautiful mountain from endless sources during this centennial year.

The north side is the "better" side - and if one includes Col du Télégraphe - it's the biggest ascent of any paved climb in France. After the descent from Col du Télégraphe the climb starts gently enough, but at roughly 2000 metres, the route just turns up and seem to go right over the alps. 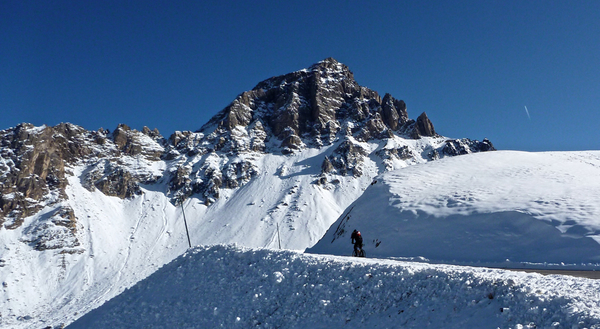 My Thoughts:  I just couldn't post a profile of Galibier without including Col du Télégraphe (the difficulty chart separates the two) as I think of them as one mammoth climb.  This side is my favourite "famous" french climb. Wonderful. 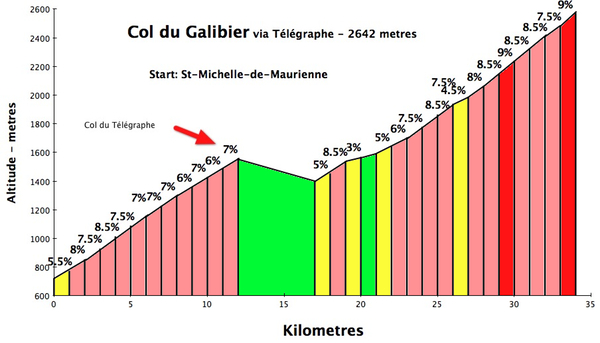 This is the second most climbed Tour de France mountain (72 times).  2011 will be from the slightly less scenic west side - the descent will feature the incredible cliffs of  Cirque du Litor (below) and the sheep of Col du Soulor. 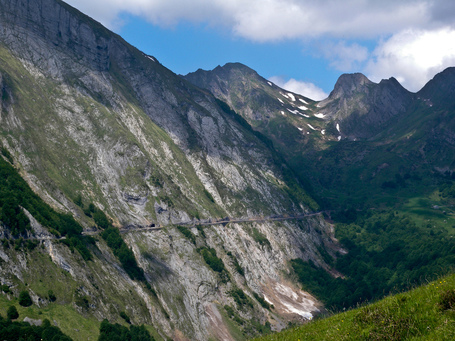 My thoughts: The summit of Aubisque is too far away from the finish of stage 16 to matter - it may be the least relevant major climb of the entire Tour.   However, the descent is worth watching ..... Wim Van Est famously fell off the cliff road while wearing Yellow right here.

Smart riders will fill their water bottles at the finish with the special healing water at Lourdes. 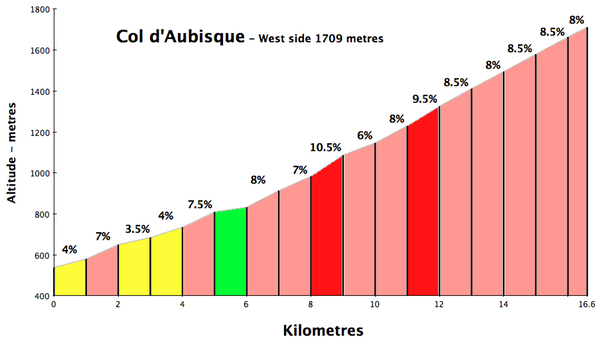 This will be the 33rd time Izoard has appeared in the Tour (1st climbed in 1922).   The peloton will climb the more "mythic" south side.  At the top is the unique Casse Déserte - a beautiful, arid, rocky environment.

Izoard is one of the truly legendary alpine cycling climbs.  Lots of history here including great battles between Fausto Coppi and Louison Bobet in the 1950's.  Near the top look out for their monument. 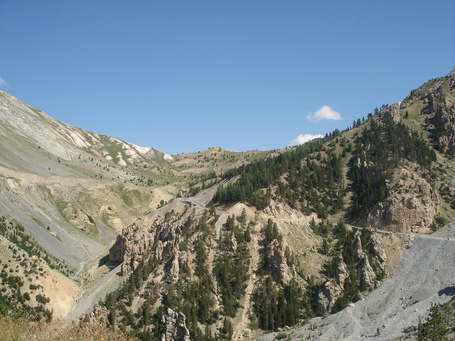 My Wife's Thoughts:  She always jokes that Izoard is just "it's so hard" with a French accent.   She has a point. 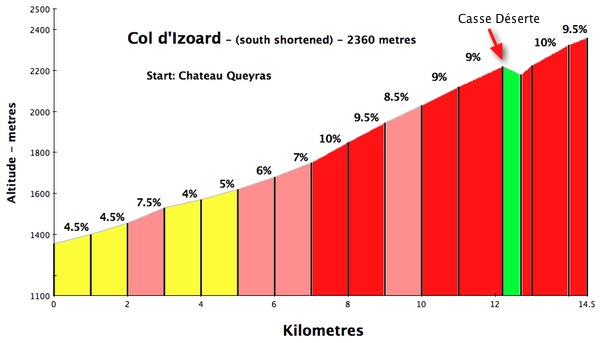 The Tour frequently features Tourmalet and Aubisque in the same stage.  When they do, they fly by the start to the ski station Luz Ardiden.  This will be it's 8 appearance since its first in 1985.  Last climbed in 2003, Mr.  Armstrong won the stage.

My thoughts:  Rain prevented me from climbing this once (wimp!).  This looks to be a very tough mountain top finish - especially as it comes right after the ascent of Tourmalet.  Can't wait. 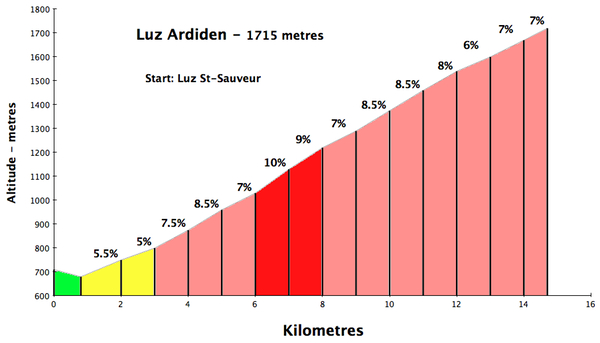 Perhaps the least known climb on this list.  2011 will be its 5th appearance.

It will be the last big challenge before the Plateau de Beille mountain-top finish in the likely "epic" stage 14. 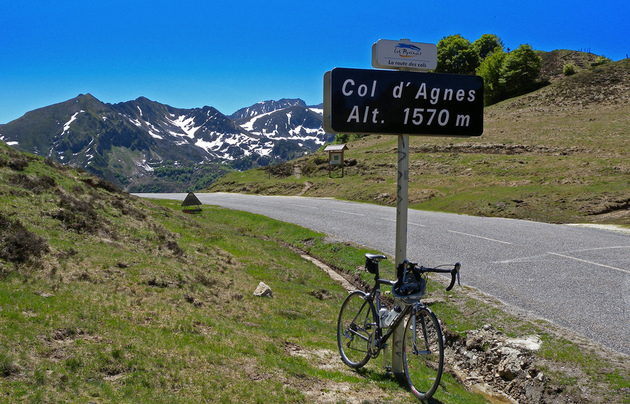 My Thoughts:  I also cycled Agnès and Plateau de Beille on the same day .... but I needed a two hour lunch break in between!  :)  It's beautiful with huge mountains in the southern background. 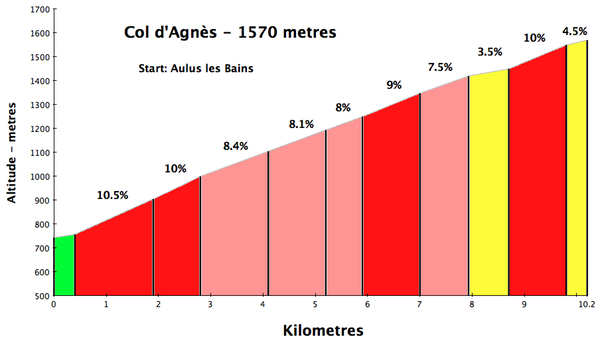 The Tour will celebrate the Galibier centennial by staging the highest mountain top finish in Tour history for stage 18 (nearby Col du Granon is currently the highest finish @  2404 metres in 1986). 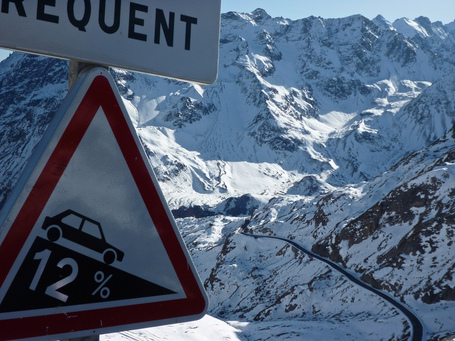 The top of south side is steep!

My thoughts:  It's an easy drag until Col du Lautaret.  In fact before the climb "officially" starts the riders will have already been climbing for 10 or so kilometres from Briancon - through Serre Chevalier.

At Lautaret the riders will turn right and then things get harder and truly beautiful.  If you're watching the stage live, get past Lautaret very early as it will get sealed off by the gendarmes. 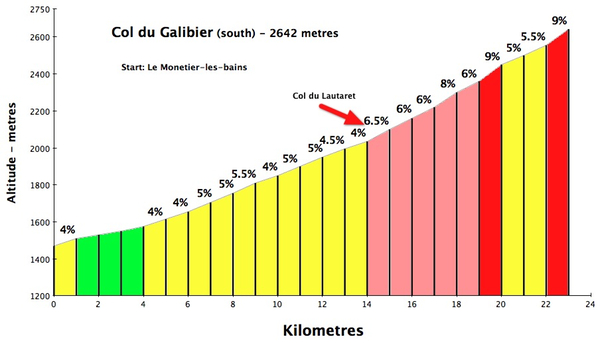 Hopefully this helps give a feel for the top climbs in 2011.

All Photos by me or my domestique except the one I stole from Yeehoo.