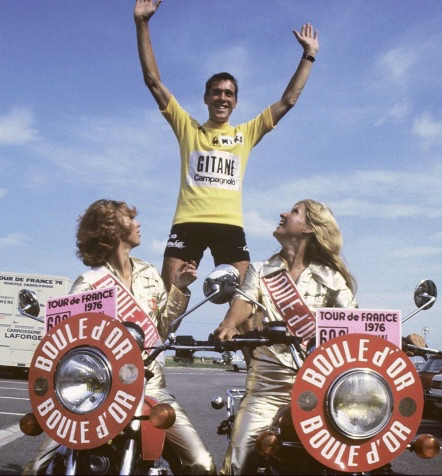 From our friend Patrick Verhoest, keeper of a very, very awesome photo library... The story of the race, a big, big year for Belgium:

Eddy Merckx didn’t participate in the 1976 Tour and so Thevenet, Zoetemelk and Van Impe were the 3 big favorites at the beginning of that TDF. Freddy Maertens rode his first Tour that year, and he did it very well . He won 8 stages (!!!) in 1976 and of course the green jersey! The first stage in the mountains went to Alpe d’Huez , Zoetemelk won it but Van Impe took the yellow jersey over there, everyone thought that the Tour was over .. . But a couple of days later Raymond Delisle (from the Thevenet-team ) took the yellow after a long escape to Pyrenées 2000 ,Van Impe and Zoetemelk were surprised by the Peugeot-team-strategy ! So now Van Impe had to attack and in the main mountain-stage to Pla d’Adet, he attacked very early and he managed to put 4 minutes and 14 seconds on Zoetemelk. Then it was ‘game over‘ for Joop! Poulidor ended on a third place in the Tour 1976 on 12 min 8 sec from Van Impe. 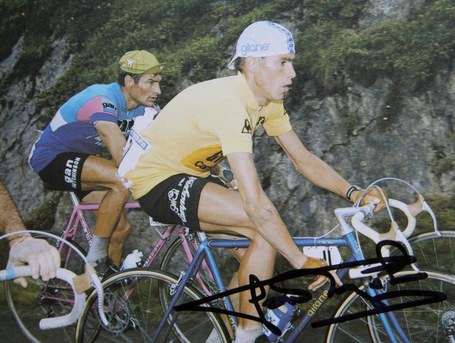 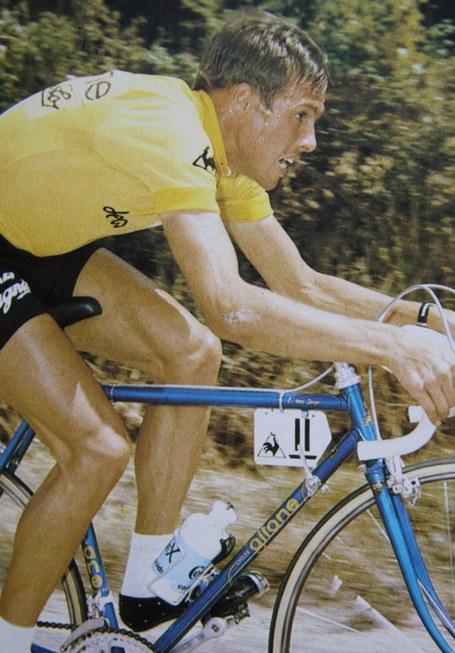 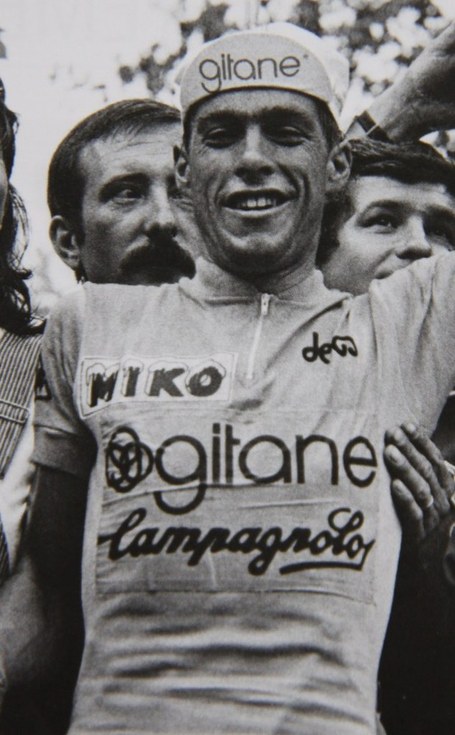 And then there's Van Impe with Patrick's dad, outside the Van Impe home (named, of course, Alpe d'Huez): 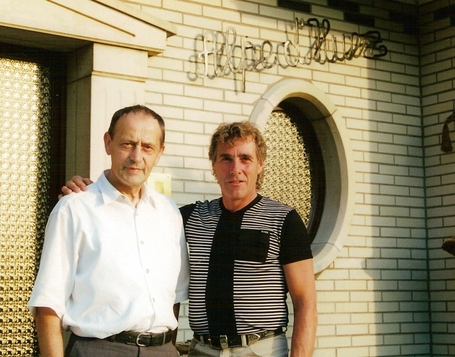